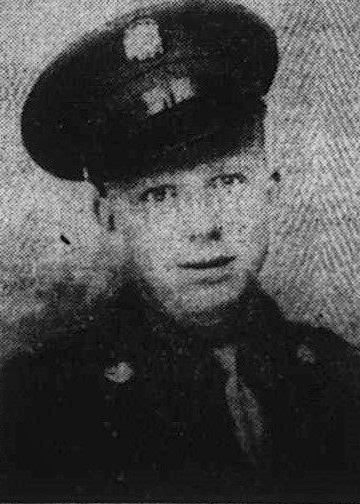 He joined the US Army on November 7, 1942 at Fort Oglethorpe, Georgia. According to his enlistment, he was a semi-skilled miner and mining-machine operator. He had one year of high school and was not married.

Scott County News, December 29, 1944
Pfc. Mack Yancey, son of Mr. and Mrs. Luther Yancey of Route 1, Oneida has been killed in action. Following is a letter received by his mother from his Captain.
Mrs. Flora S. Yancey
Route No. 1
Oneida, Tenn.
Dear Mrs. Yancey
Ï am sure you have received notice from the War Department that your son, Pfc. Mack H. Yancey, 34491692 was killed in action in France on 17 November, 1944.
Mack, a member of a Rifle Company, was killed while advancing beyond a formidable front which he and other members of the organization had succeeded in taking. While he was not with us long I want you to know those dominant traits of his personality, which you know so well, were manifest to us. I want you to know the high regard in which he was held by all the officers and men in his unit, and on behalf of them I wish to offer my sincere condolence. We know that he did not live or die in vain. The blessing of his life will forever enrich all who knew him. I am sure you will always keep in mind the words of Him who sad: Greater love hat hno man than this, that a man lay down his life for his friends.
Burial service was conducted by a Chaplain as he was leid to rest in a typical American Cemetery in Eastern France. Any personal effects that Mack had will be forwarded to you through the Quartermaster General, Washington, D.C. If you do not receive them within everal months, I suggest you write to that address.
With deppest sympathy, Charled G. Barndt, Capt., Infantry Personal Officer. 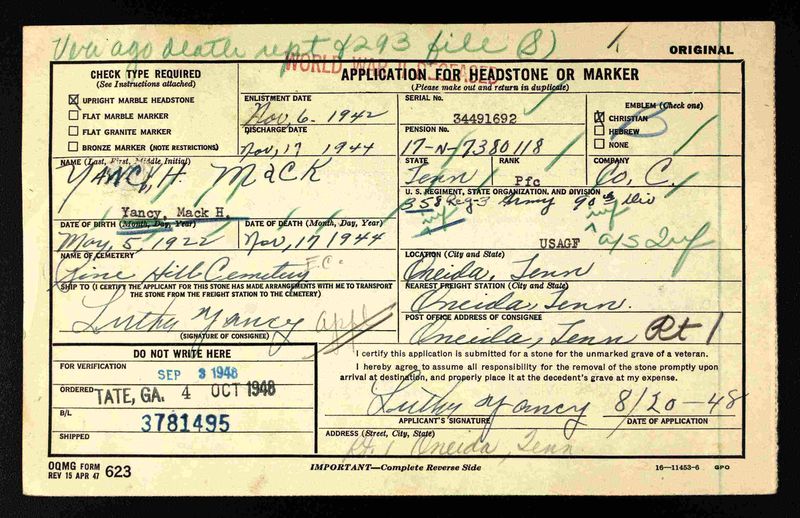