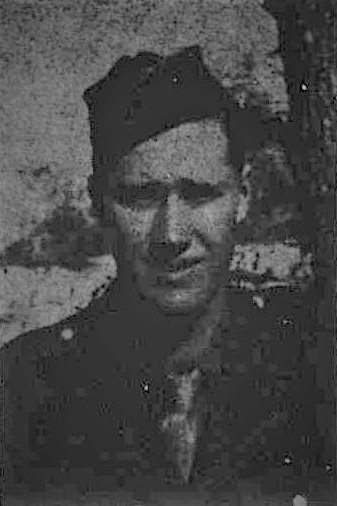 S/Sgt Patton was killed in action near Wissembourg, France.

Crossville Chronicle, April 19, 1945
S-Sgt Martin L. Patton, Son of Mr. and Mrs. Homer Patton and husband of Miss Alma Lee Gunter, was killed in action on March 16th in France. He was inducted into the Army on the 25th of November, 1942 and was sent overseas April 24, 1944. He was a loving son and brother and was loved by all who knew him. To his friends he was known as Luke or Luther. 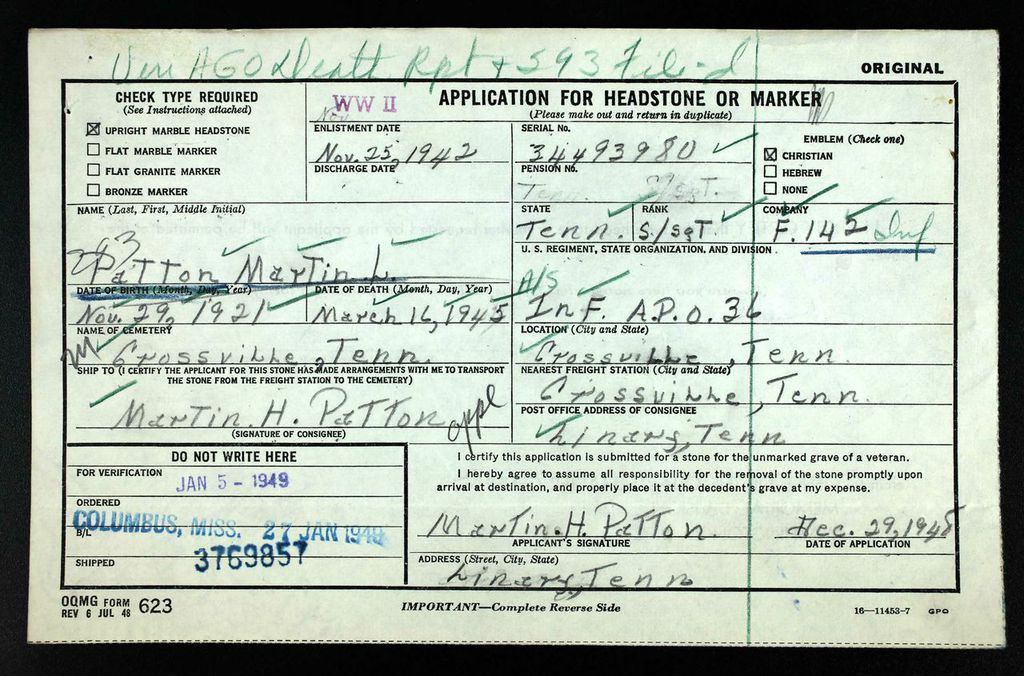