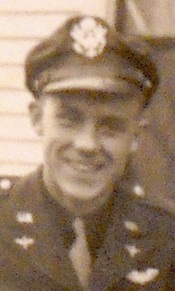 Lyon was born in Randolph, Cumberland County, Virginia on 25 September 1924 and lived in Magnolia, Mingo County, West Virginia before moving with his family to his final home, Johnson City, Washington County, Tennessee. He graduated from Science Hill High School, Class of 1940, and attended the State Teachers College, now East Tennessee State University in Johnson City for two years before entering service. Lyon enlisted on 29 May 1942 in Knoxville, Tennessee as an Aviation Cadet in the United States Army Air Forces (USAAF) with service number 14109332. He was then sent to the Army Air Forces Classification Center at the Nashville Army Air Center in Nashville, Tennessee were he was selected as a pilot trainee.

After pre-flight training, Lyon was selected to become a fighter pilot and earned his wings at Napier Field, Alabama on 30 August 1943. Also, upon graduation, Lyon was commissioned as a Second Lieutenant in the USAAF with a new service number O-810629. He was assigned to the 512th Fighter Squadron (FS), 406th Fighter Group (FG) and continued to hone his skills in several fighter/bomber aircraft with them at Key Field in Meridian, Mississippi, Dale Mabry Field near Tallahassee, Florida and their home base at Congaree Army Airfield near Columbia, South Carolina. Lyon entered into a competition in 1943 with the 14th Fighter Squadron (FS) , 53rd Fighter Group (FG) and took away their Highest Aerial Gunnery Medal.  The medal was made from a 1943 Silver Half Dollar and the back was ground down and stamped Highest Aerial Gunnery Score with 14th FS on the bottom and 53rd FG on top attached to a red ribbon.

Lyon and the 406th Fighter Group shipped off to England from New York Harbor aboard the British Royal Mail Motor Vessel Stirling Castle on 13 March 1944. Once they arrived they were assigned to the 303rd Fighter Wing, 9th Air Force and transported to Ashford. Lyon started flying combat missions as a member of Blue Flight on 9 May out of United States Army Air Forces Station 417/Royal Air Force Station Ashford in Ashford, Kent, England. Lyon’s assigned aircraft was a P-47D Thunderbolt #42-75345/L3-G commonly known as a JUG with a standing Puppy Dog painted on the nose.

On 22 June 1944, his five man flight, Blue Flight, Lyon was flying as Blue 4 were assigned to do low level bombing and strafing runs on German units in the Cherbourg area of France on the Normandy coastline. At 1350 hours, Lyon called his wingman, Blue 3 and reported he had been hit and needed assistance. Blue 3 First Lieutenant Creighton Smith acknowledged and then took a hit by a 37mm round in his engine, so he now had his own problems. Blue 3 last reported seeing Blue 4 flying at about 500 feet heading in a northerly direction over the English Channel for England with his engine smoking badly. Lyon never made it to England nor was he ever seen again, he went down somewhere in the English Channel. Lyon received the Air Medal with three Oak Leaf Clusters and the Purple Heart. Two days later on 24 June, Lyon was promoted to First Lieutenant and declared dead on 23 June 1945. His name is inscribed on the Tablets of the Missing, Cambridge American Cemetery in Madingley, Cambridgeshire, England. 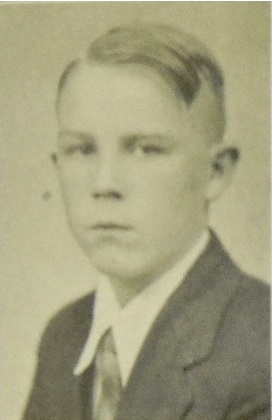 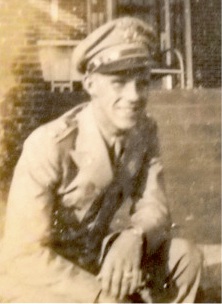 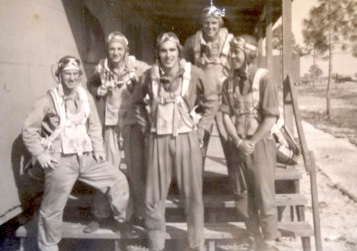 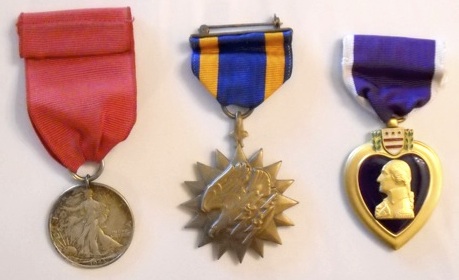 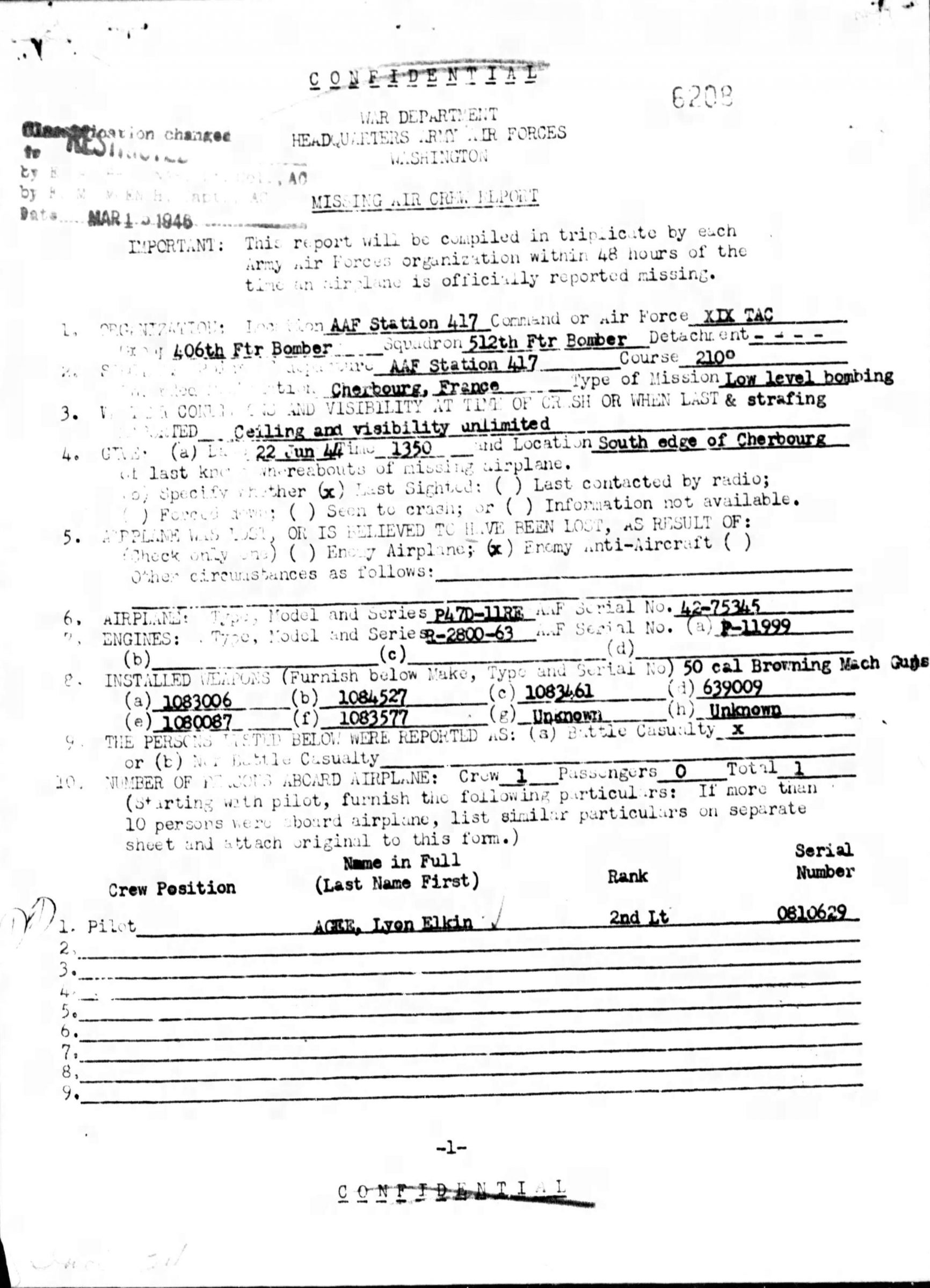