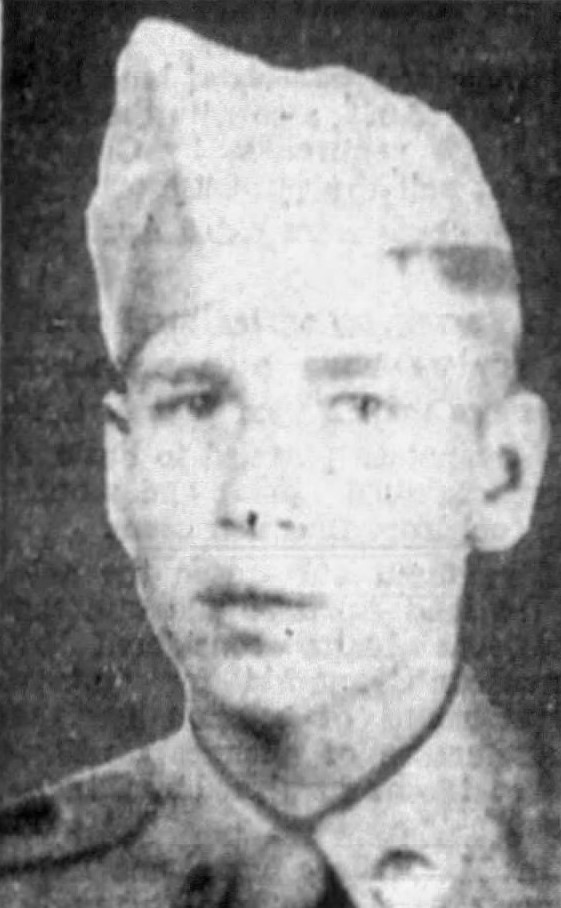 Private First Class Dickens was Light Weapons Infantryman with the 35th Infantry Regiment, 25th Infantry Division. He was killed in action while fighting the enemy in South Korea.

The Bristol Herald Courier, July 24, 1951
Mountain City, Tenn., July 23 – The body of Pfc. Dallas Lynburg Dickens who died of battle wounds in Korea will arrive by train at Johnson City Tuesday evening and will be brought to the home here. Funeral services will be conducted Wednesday in the Methodist Church of Mountain City.
Pfc. Dickens entered service in March of 1948, received training at Fort Jackson, S.C., and was transferred to Korea. He died 16 days after his arrival. He was the recipient of the Purple Heart and the Sharp shooters medal.  The soldier received his schooling in Mountain City. He attended the Methodist Church here.  He is survived by his parents, Mr. and Mrs. Dan Dickens; one sister, Miss Ruth Dickens and one brother, Bill Dickens, all of Mountain City. 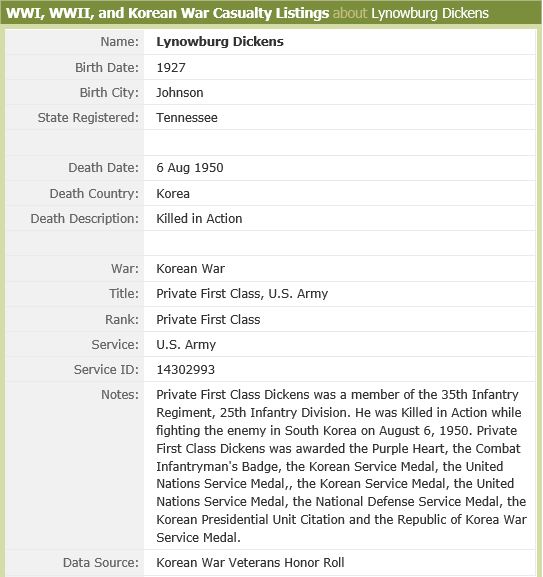 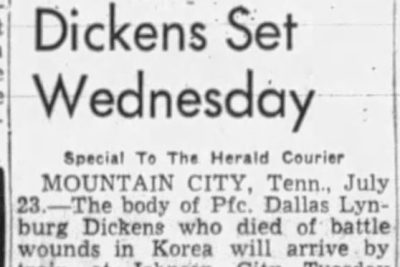