Funeral Services for Pvt. Luther Sutton were held Monday morning in the Presbyterian Church in Madisonville. He was killed on D-Day, June 6, 1944, in action in France. He was in the service of his country for 16 months. The service was conducted by the pastor, Rev. T.W. Buchanan, and Rev. Chester Millsaps of Loudon. He is survived by his widow, Mrs. Nettie Sutton, his parents, Mr. and Mrs. R.L. Sutton, nine sisters, Mrs. Helen Sneed, Mrs. Jeff Lovingood, Mrs. G.H. Myers, Mrs. Mack Belcher, Mrs. Mack Rogers, Mrs. John Watson, Mrs. Osbin Atkins, Misses Marie and Janet Sutton, three brothers, Hoyt, Charles and Hubert. The body was laid to rest in the Soldiers’ cemetery, Knoxville. Our sympathy goes out to the bereaved ones.

Trying to get more information on my uncle; I’d like to find out what unit he was in. I know he died on d-day, but I can’t find were he was at; was he at one of the beaches or dropped inland I know he was a coast artillery corps. Then in jan 1 1944 his unit was moved to another unit,  and I’d like to know what he was in and was he in the 29th or 1st infantry or 2nd ranger? I just like to know — I never got to meet him.
–Submitted by Randy Sutton 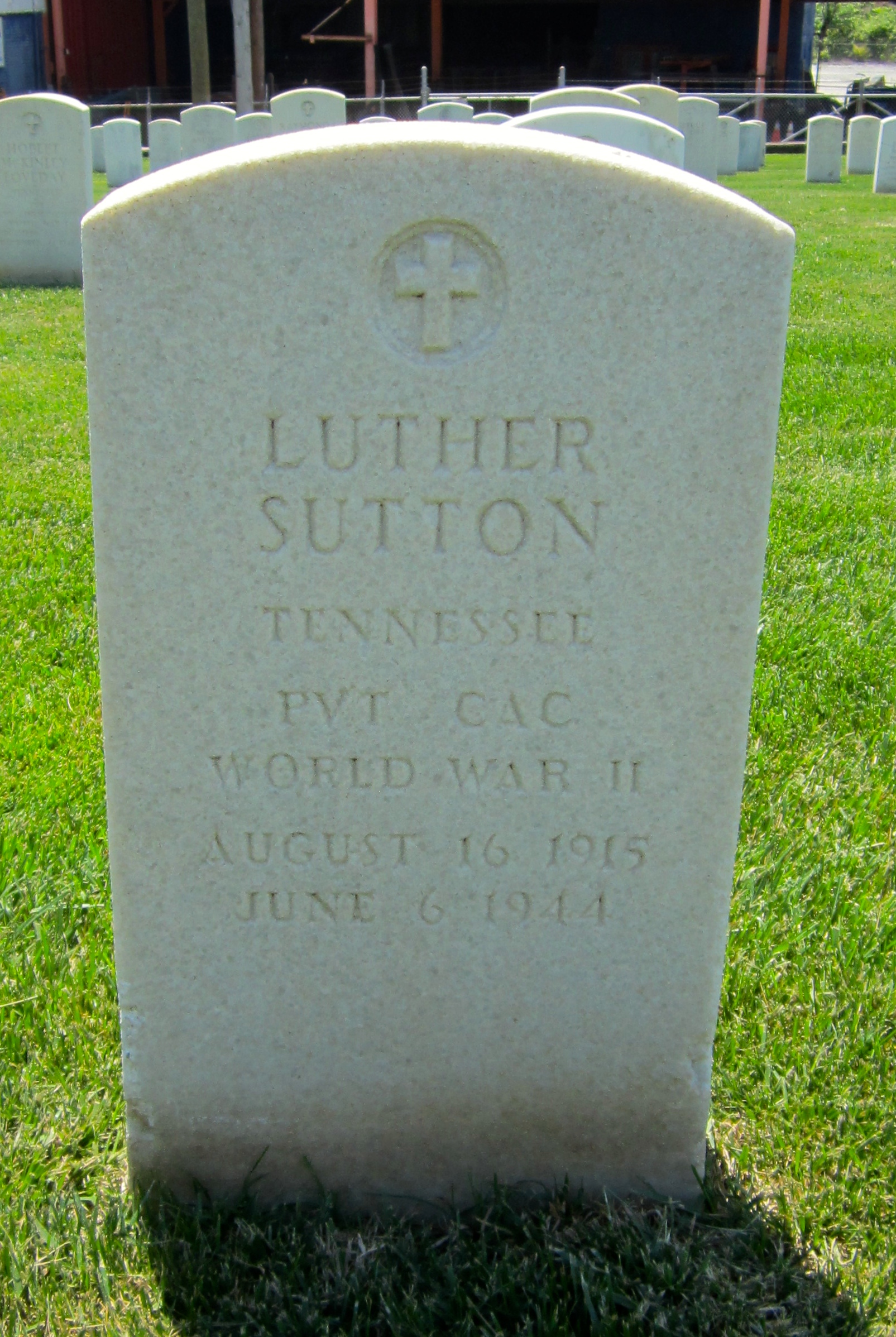 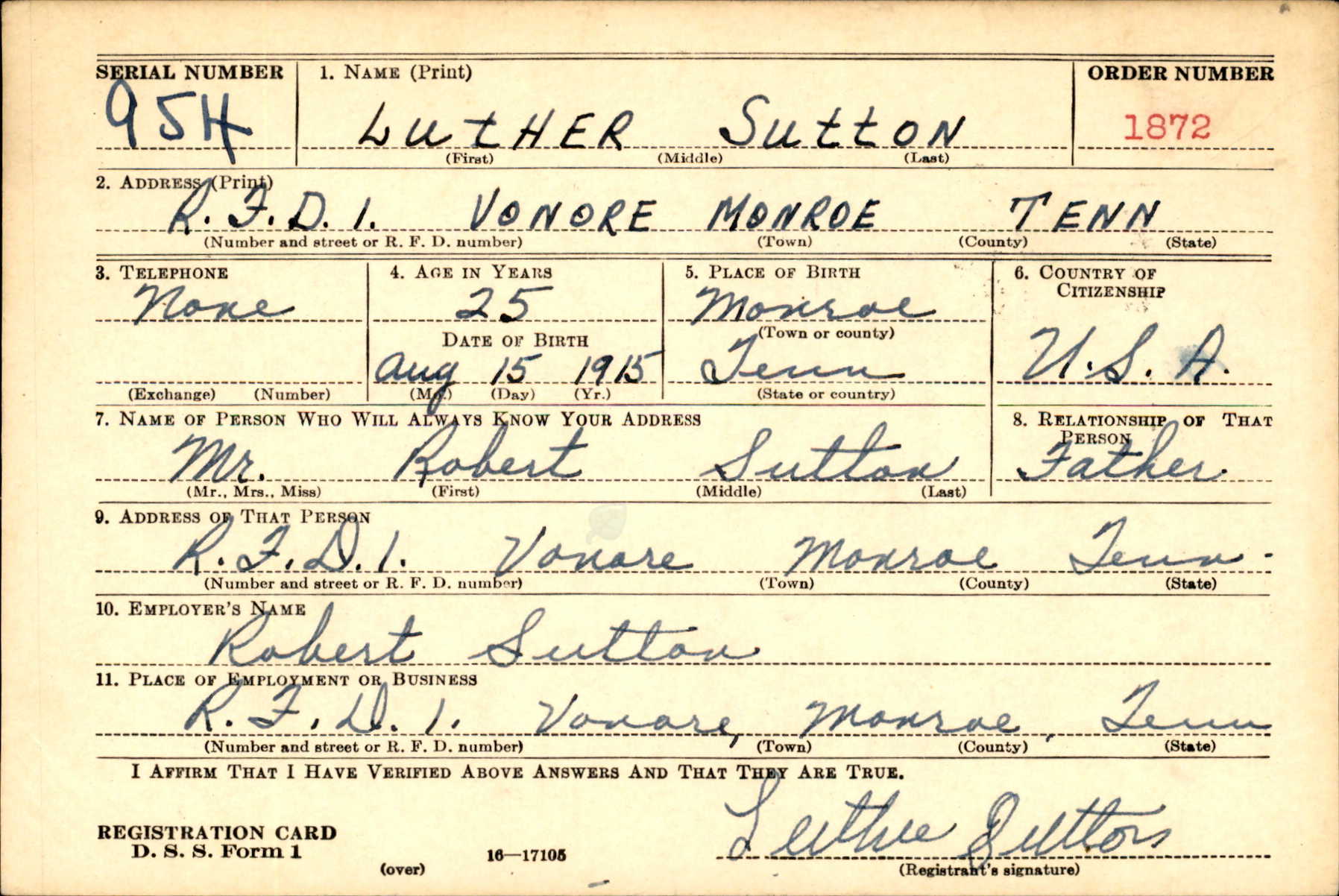