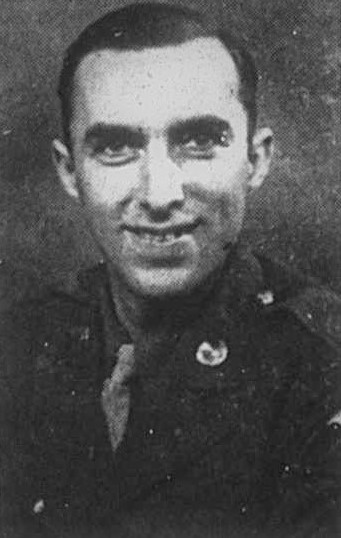 Rogersville Review, September 14, 1944
Sgt. Luther R. Smith of the U.S. Army, was killed in action in France on July 29th, the War Department notified his wife, Mrs. Elouise Smith of Persia, route 3. Luther attended Rogersville high school and was employed by the AAA office of Rogersville prior to his induction. He entered service September 16, 1942 and went overseas April, 1943. He received his basic training at Camp Croft, S.C., Fort Benning, Ga., and Greenville, Pa.
Sgt Smith saw action in North Africa, was in the invasion of Sicily, fought at Salerno, was stationed in England unil the invasion of France. He never received a furlough home and saw only one boy he knew. He would have been 27 years old had he lived until the 6th of September.
He is survived by his wife, Mrs. Elouise Smith, his mother, Mrs. Maxine Smith, two sisters and two brothers, all of Rt. 3, Persia. 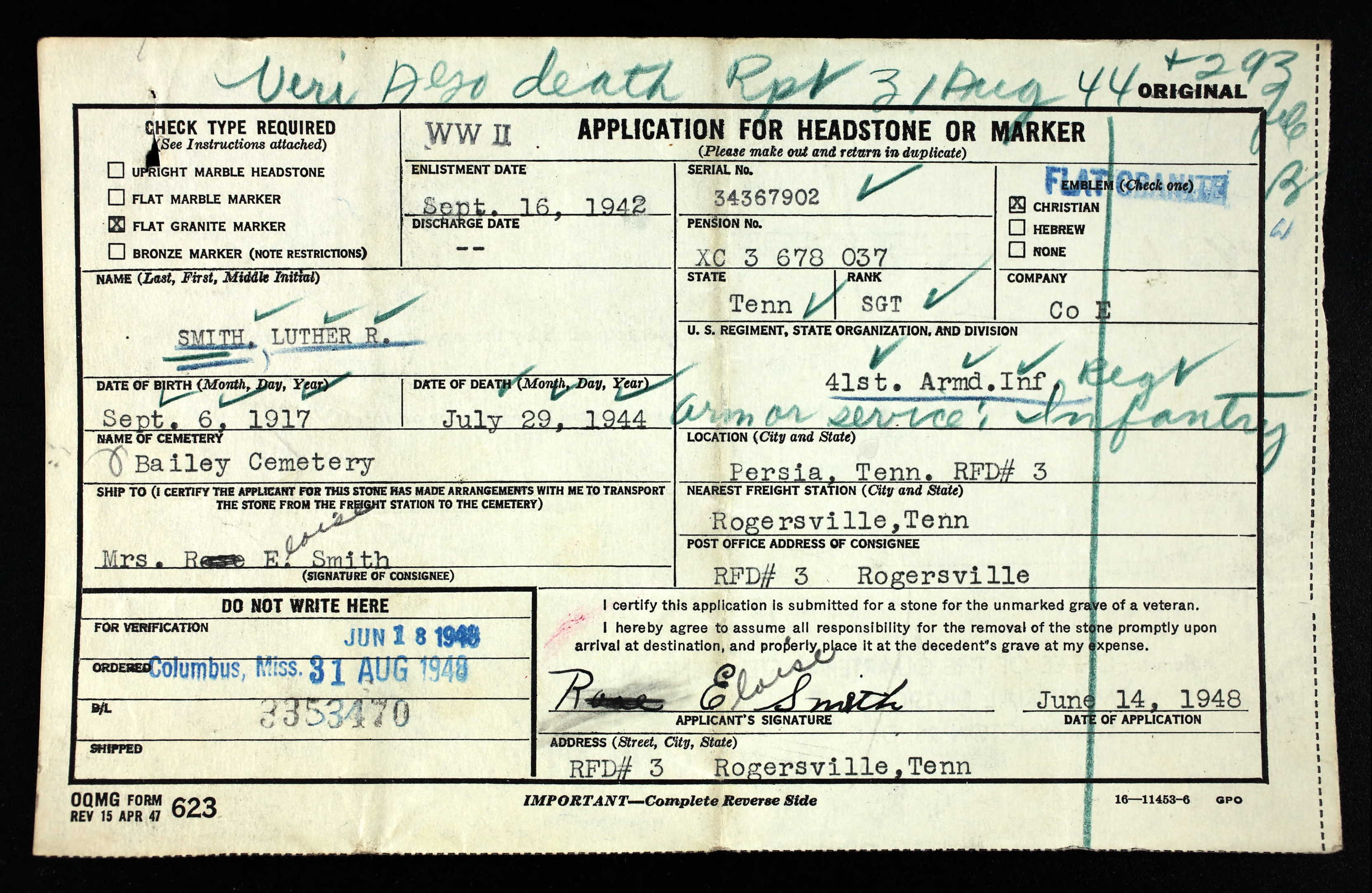