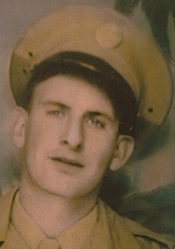 Luther Newcomb enlisted February 12, 1943 in Fort Oglethorpe, Georgia. He was submitted at the St. Marys Hospital Knoxville, Knox, Tennessee on 13 April and died four days later of a coronary thrombosis. He was buried on April 20, 1944 at Knoxville National Cemetery, Sec B, Site 4277

“He was called Baba by his family. Also at least 4 of the boys served- Luther, Paul, Walter and David. Charles was in the CCC.”
-Submitted by Shelley Conklin 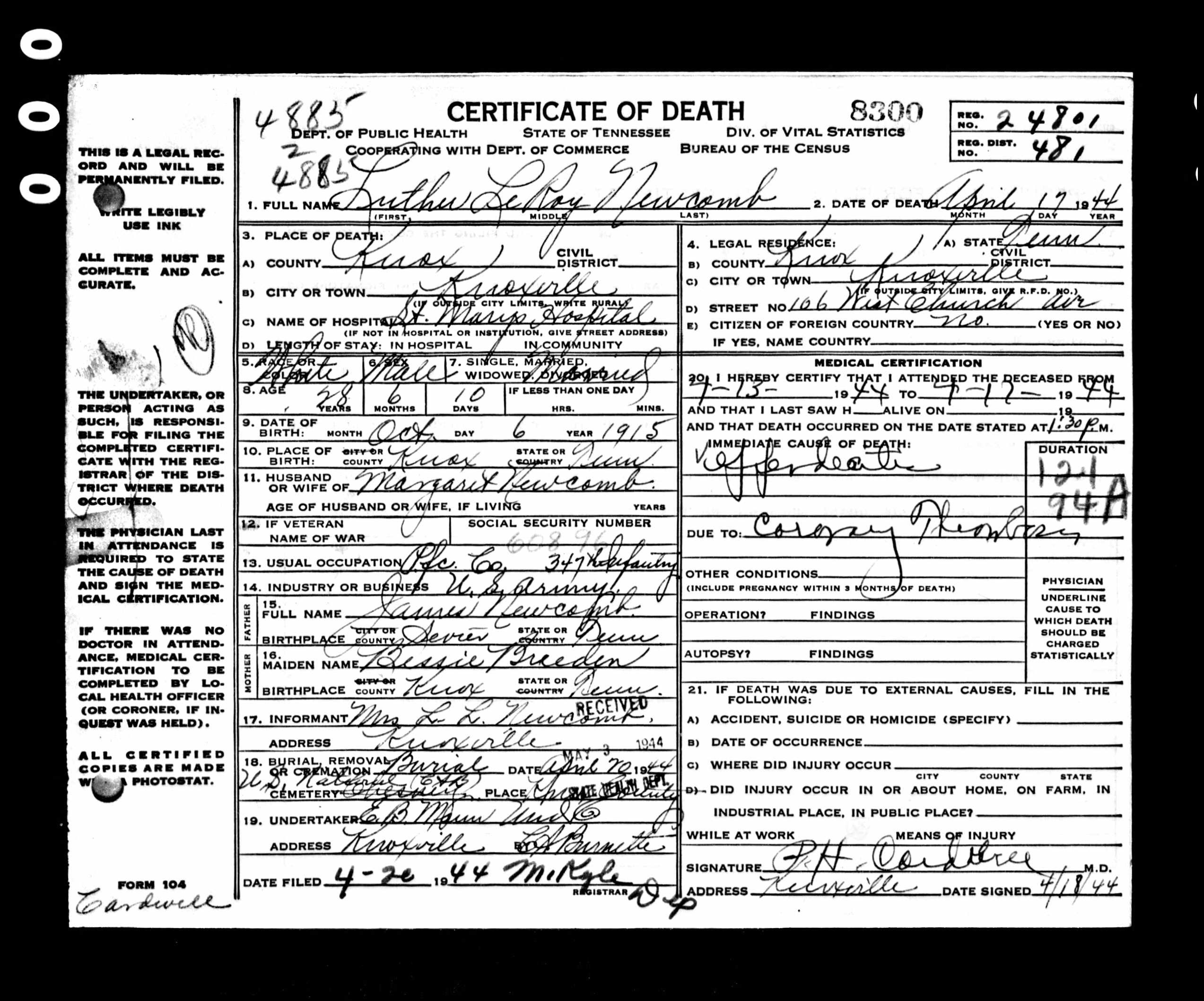 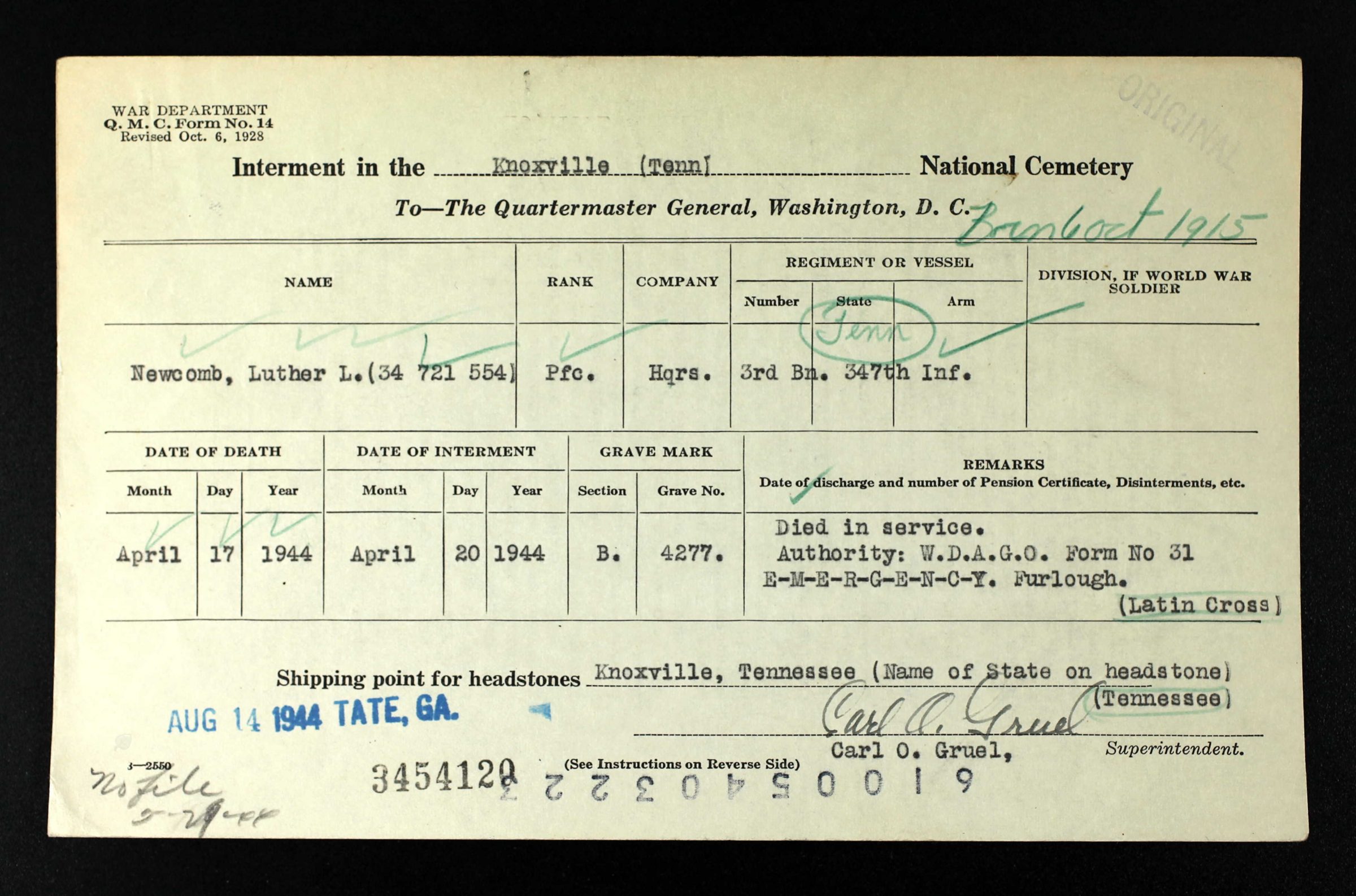