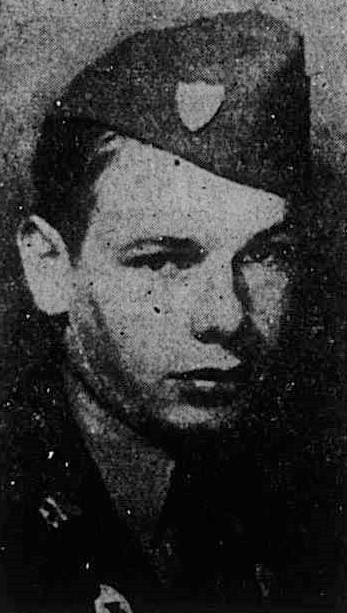 News article The Kingsport Times  30 September 1943
Newport Mother Gets Son’s Medal Atlanta – Major General William bryden of the Fourth Service Command will present the Silver Star medal to Cpl Luther L. Cureton’s mother at Newport, Tennessee. The War Department said the Tennessee soldier had been awarded posthumously the Silver Star for gallantry in action. Friends and relatives will gather at the home of the mother, Mrs. Ollie Cureton, for the ceremony. The citation read: ‘For gallantry in action. Corporal Cureton participated in a bayonet assault upon a large enemy force, captured their position and held it, despite heavy enemy fire, until relieved by reinforcements. Corporal Cureton was wounded in this action.’

The Plain Talk and Tribune,  June 10, 1948
The body of Cpl. Luther L. Cureton is expected to arrive in Newport soon. Funeral services and burial will ba at the Forrest Hill Baptist Church.
Cpl. Cureton, son of Mrs. Ollie Cureton and the late Clay Cureton, volunteered for military service February 1940, at the age of eighteen. He was inducted at Fort Benning, Ga., and was assigned to the 26th Inf., 1st Div., Co. B. He received most of his basic training at Fort Devins, Mass.
In June, 1942, Cpl. Cureton was sent to England and from there to North Africa where he paid the supreme sacrifice on April 28, 1943, while engaged in hard battle with the enemy.
The Purple Heart, awarded posthumously to Cpl. Cureton, was sent to his mother, and on October 1, 1943: the Silver Star, awarded posthumously to Cpl. Cureton for gallantry in action, was presented to his mother by Major General Willim Bryden of the United States Army in a brief ceremony at her home. The following citation was read; “Luther L. Cureton, 70 821 34, Cpl., Infantry. For gallantry in action. Cpl. Cureton participated in a bayonet assault upon a large enemy force, captured their position, and held it, despite heavy enemy fire until relieved by reinforcements. Cpl. Cureton was mortally wounded in action.” 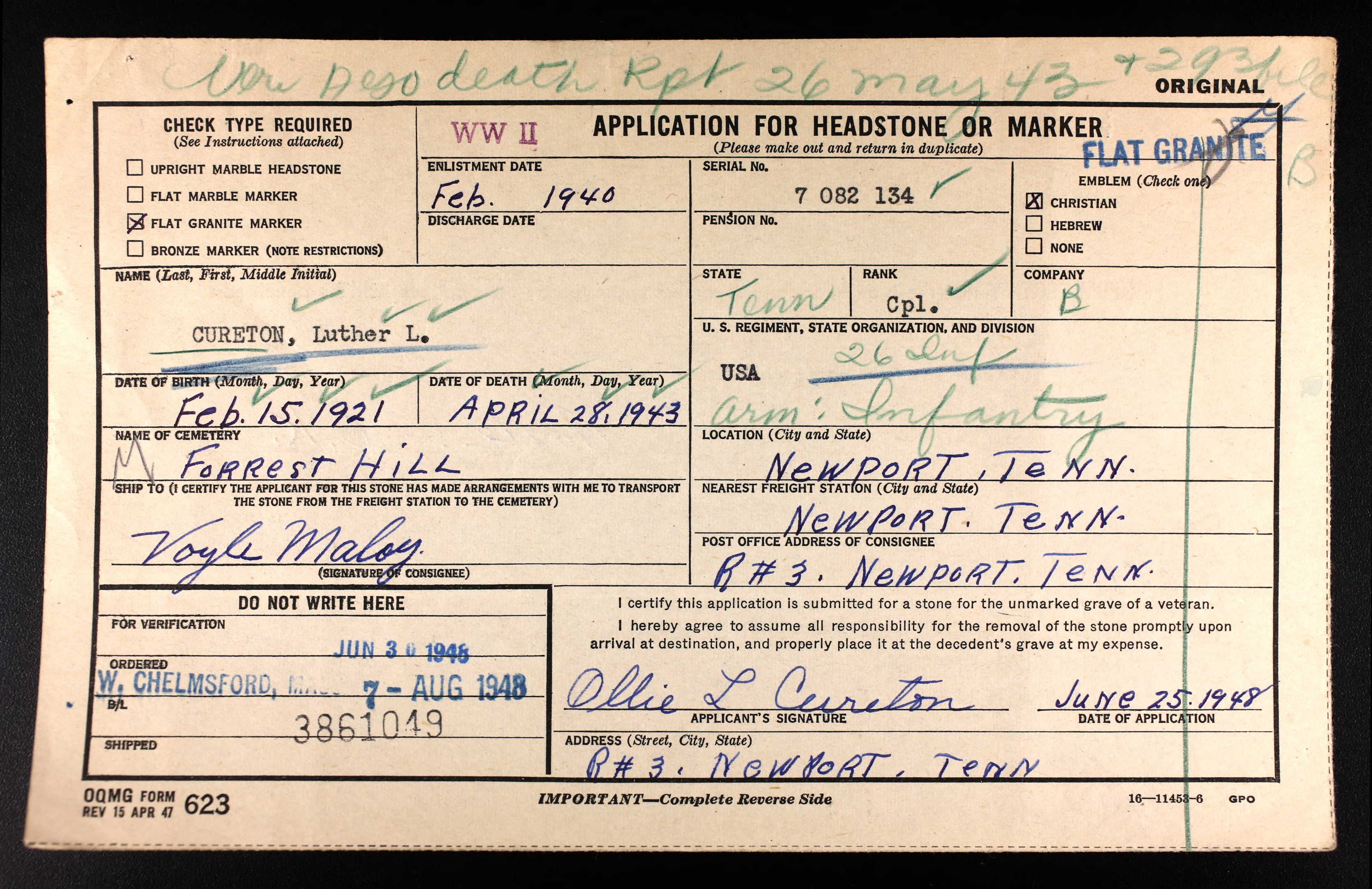 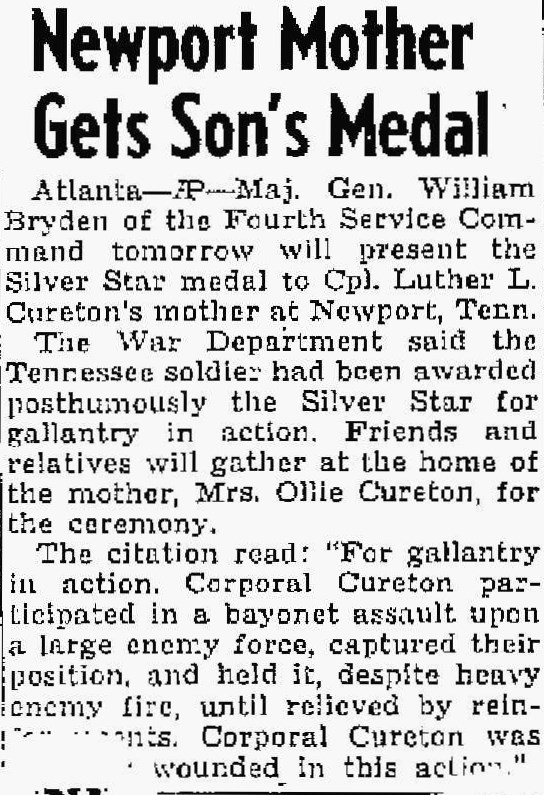