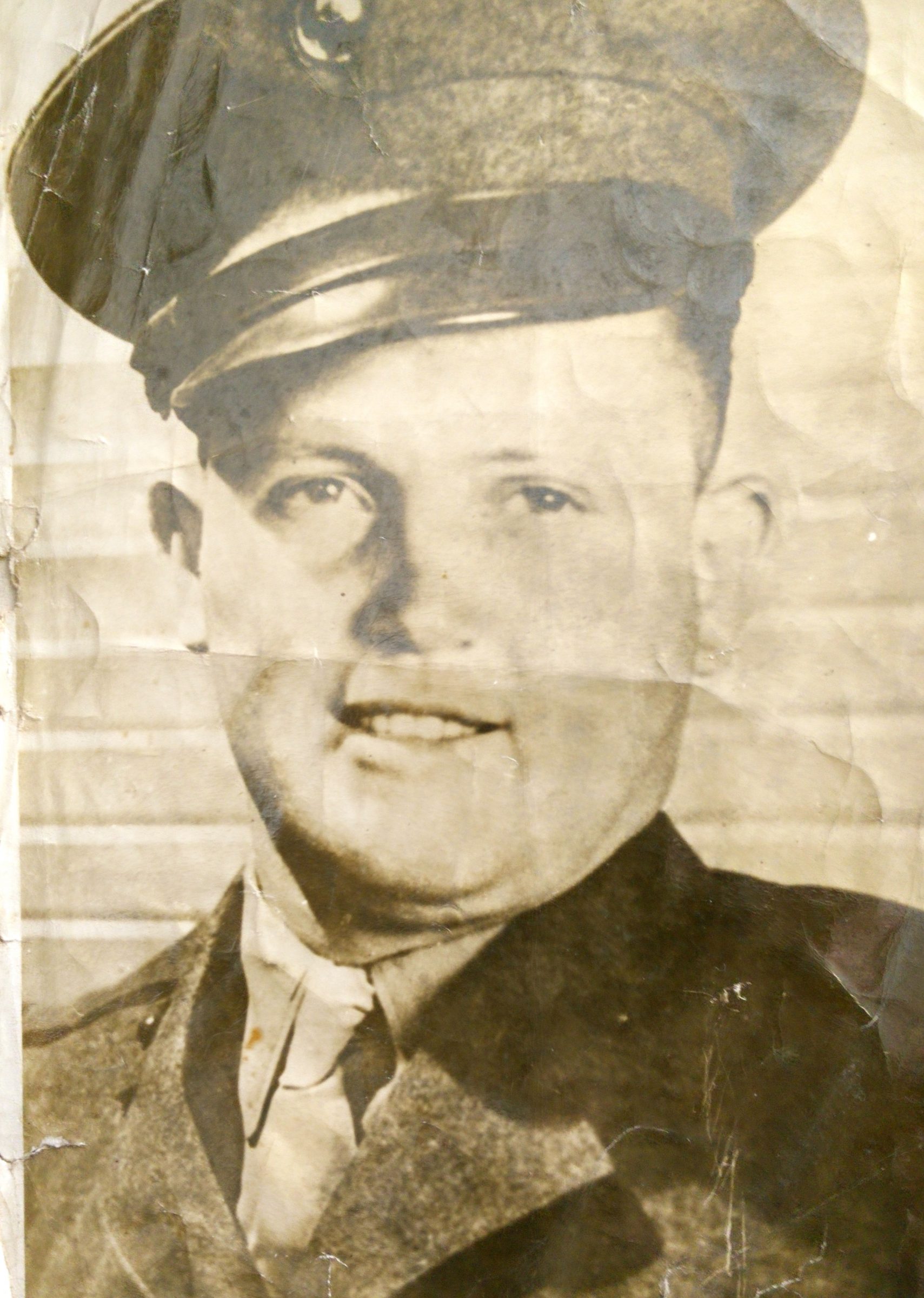 Luther Eugene Caughron was killed in action on Peleliu Island.

The Knoxville Journal, August 29, 1945
Sevier GI is decorated posthoumously. For exposing himself to enemy fire in order to gain a strategic observation post on Peleliu last October, Marine Pfc. Luther E. Caughron, Route 9, Sevierville, yesterday was awarded posthumously the Silver Star. The medal was presented to his widow by Capt. James B. Carpenter, Jr., officer in charge of Marine recruiting in Tennessee, in a ceremony at the Hills Creek Baptist Church.
Caughron was caught in a hail of Jap machinegun and rifle fire and was mortally wounded, but only after he had directed fire of his own troops that later in the day led to extermination of most of the enemy.The remainder fled. The citation accompanying the Silver Star credited Private First Class Caughron with “daring intiative, unfalterable skill and indomitable fighting spirit.” It was signed by Secretary of the Navy James Forrestal. 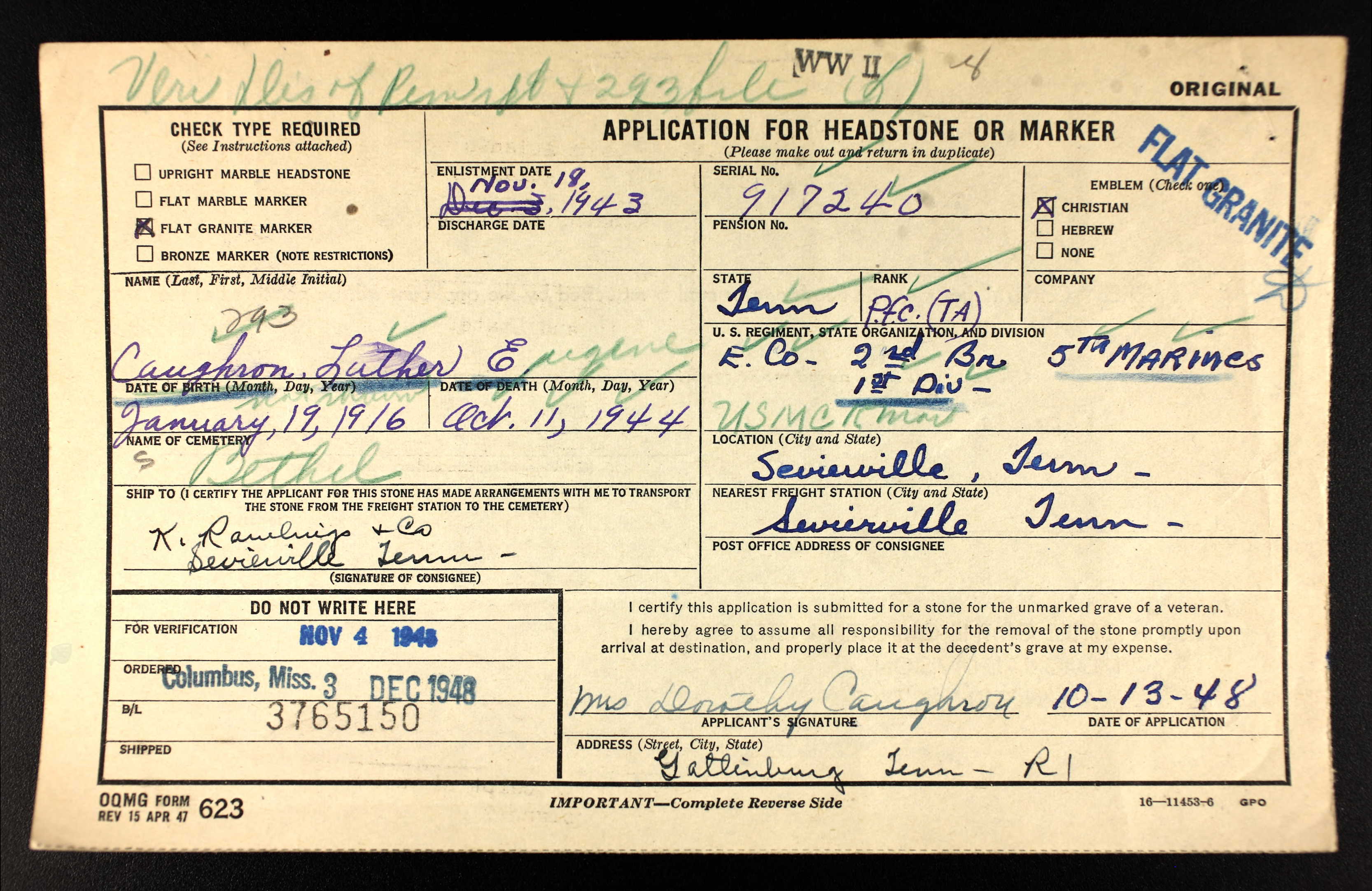 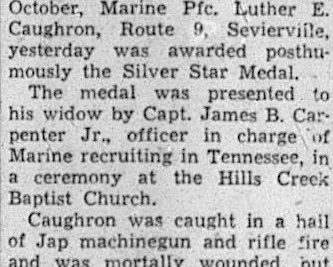