Private Luther Eugene Carr was killed in action in Korea September 13, 1951. He was born September 26, 1933 and had attended Baxter Avenue Church of God and was a student at Rule High School prior to entering the Army.

He enlisted in the Army on December 26, 1950 and was sent overseas May 1951. Private Carr was a member of the 23rd Infantry Regiment, 2nd Infantry Division.

In June 1951, he had been burned by an exploding bomb and spent some time in the hospital. Private Carr had returned to his unit and was killed in action while fighting the enemy in North Korea on September 13, 1951 at Heartbreak Ridge.

Private Carr was repatriated back to the United States and returned to Knoxville over the Southern Railway. Funeral services were held February 17, 1952 and he was buried at the Knoxville National Cemetery with American Legion Post Number 2 in charge of the graveside services. 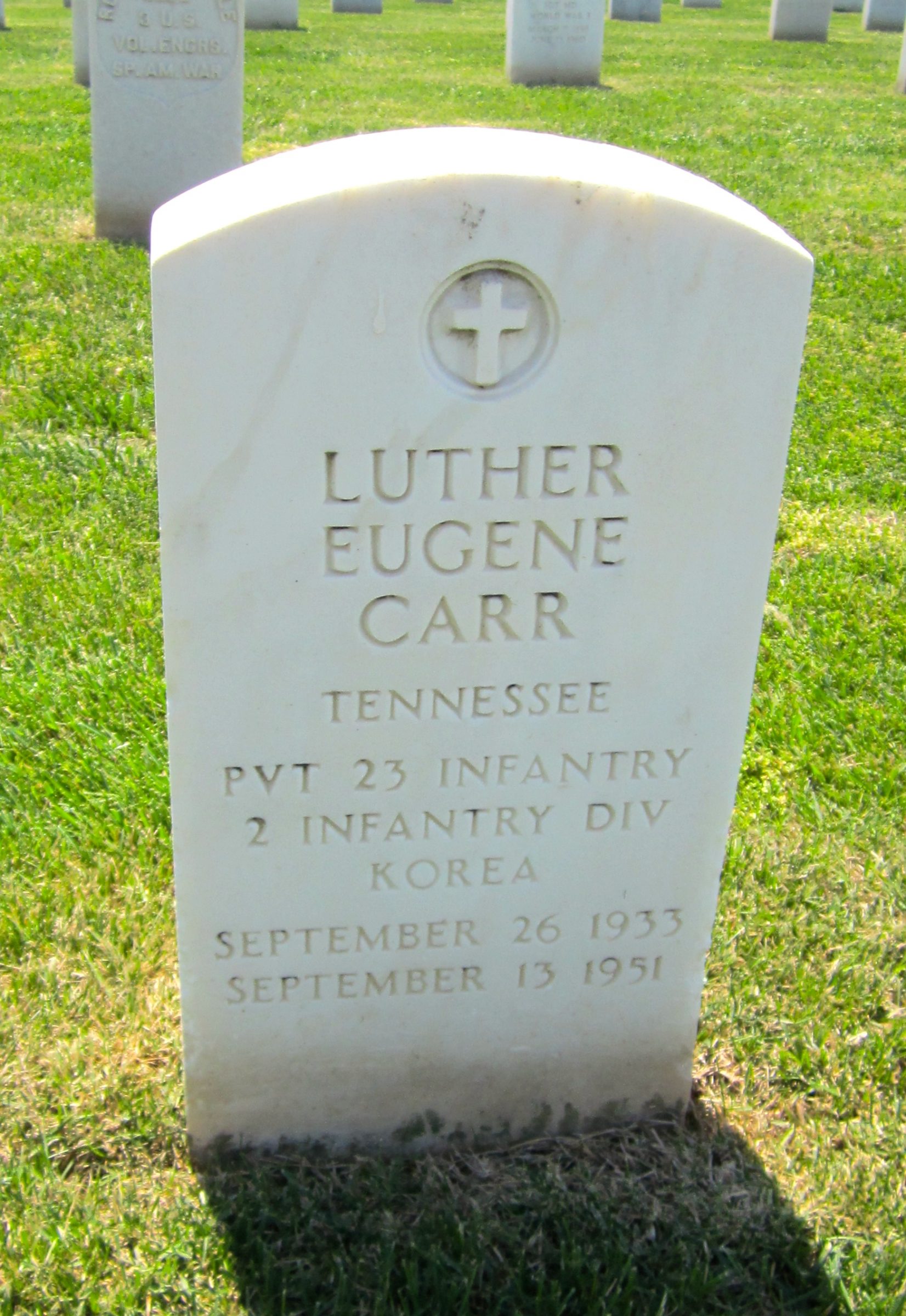 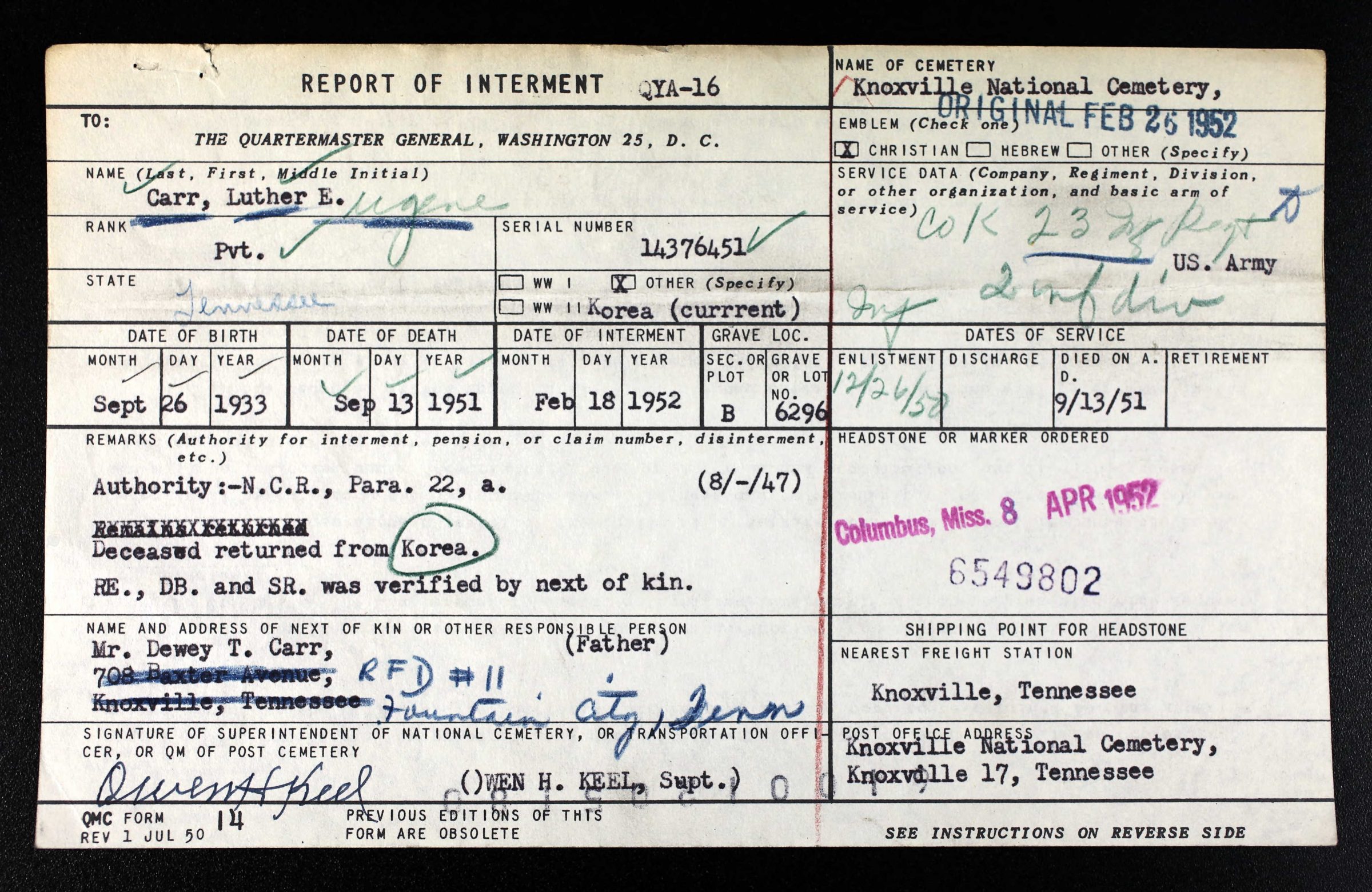