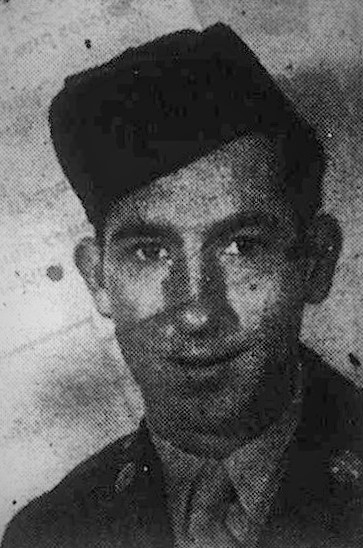 The Loudon County Herald, June 15, 1944
Word was received June 9th from the War Department that Pfc. Luther D. (L.D.) Haskins, son of Mr. and Mrs. Joe Jaskins and husband of the former Miss Jaunita Vineyard of Loudon, was killed in action on Anzio beachhead in Italy on May 14th, 1944. Pfc. Haskins was born in Loudon, September 25, 1922  and lived here all his life until he entered military service for his country November 28, 1942. He attended local schools and was employed by the T.V.A. at the time of his induction into the army. He received his military training at Camp Claiborne La., and San Antonio, Texas before going overseas in early December 1943. He was on duty in North Africa for some time and then was moved to Italy where he remained on the front line for months prior to his death.
Full details have not yet been learned. Pfc. Haskins is survived by his wife Mrs. Juanita Haskins and a two weeks old daughter, Pricilla, also his parents, Mr. and Mrs. Joe Haskins, four sisters, Mrs. James Purdy, Mrs. Robinson White, Mrs. James Shaney all of Loudon and Mrs. D.L. Stringfield of Knoxville. One brother Seaman 1c George William Haskins on duty in the Atlantic, and a host of relatives and friends. 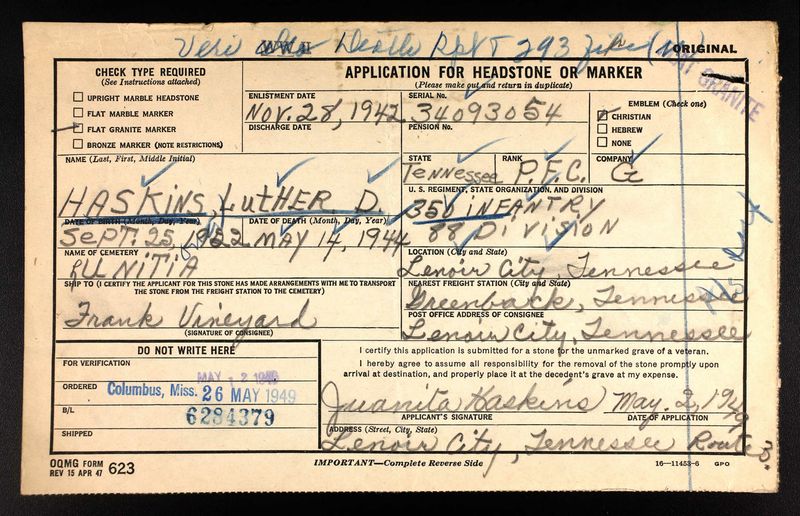 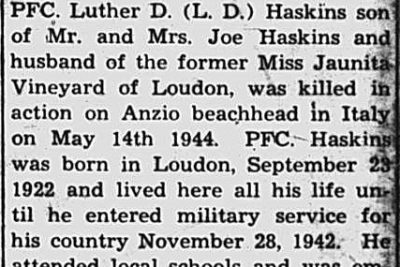