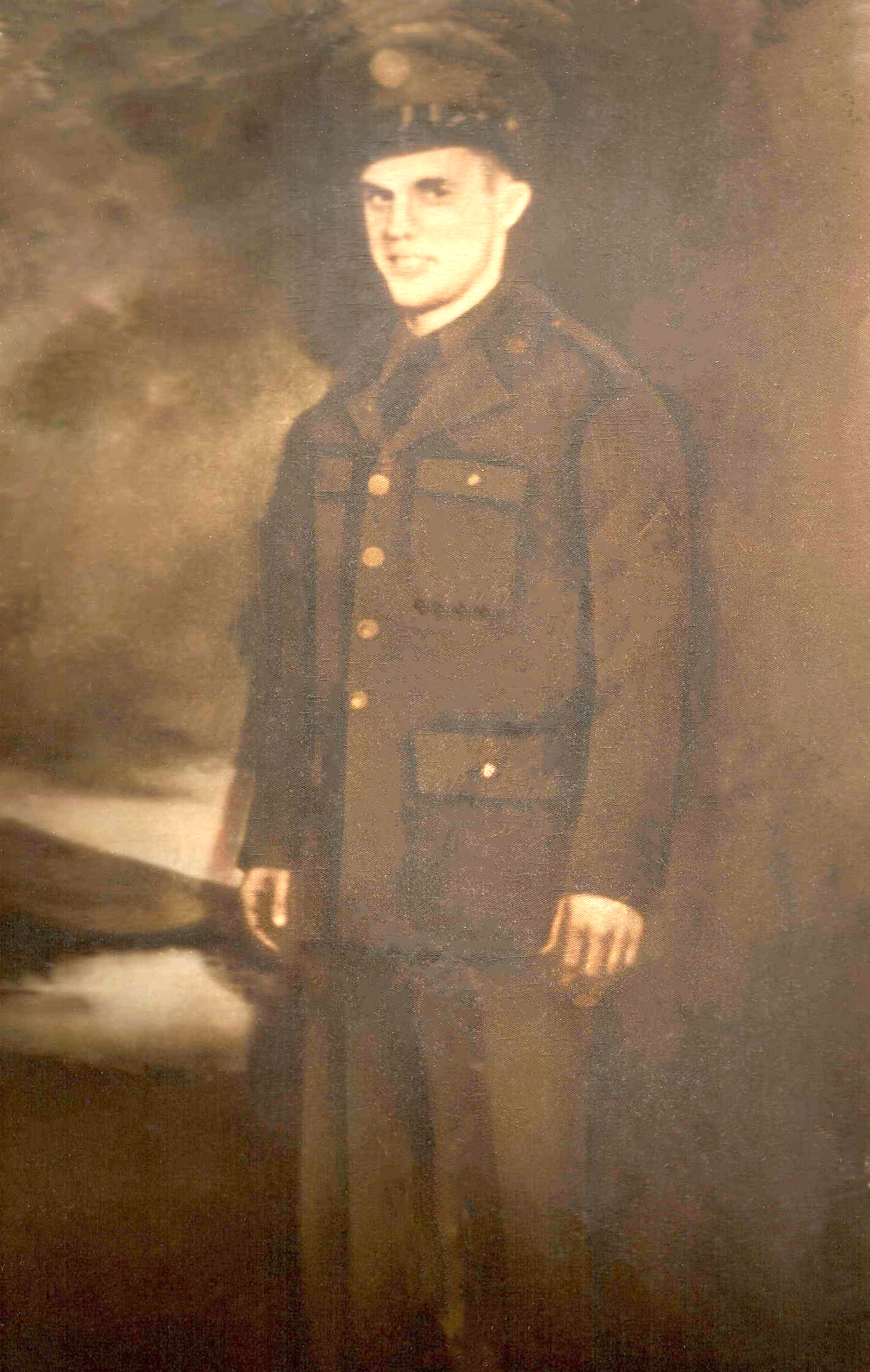 Lum enlisted in the United States Army on 21 August 1941 at Fort Oglethorpe, Georgia. He was assigned to what eventually became “A” Troop, 6th Battalion, 81st Cavalry Reconnaissance Squadron (Mechanized). In North Africa and Italy they were attached to II Corps, Army Ground Forces.

The 81st was originally activated as the 1st Reconnaissance Battalion on 15 July 1940 with troops drawn from the 7th Cavalry Brigade. In May 1941 they were redesignated the 81st Reconnaissance Battalion and in January 1942 the 81st Armored Reconnaissance Battalion. Lum and the 81st was first committed to battle on 31 January 1943 at Station de Sened, Tunisia. While in North Africa they and Lum fought in battles at the Kasserine Pass, Maknassy, El Guettar and Mateur. The 81st landed in Italy in 1943 and moved to the Anzio Beachhead on 1 February 1944. They entered Rome on 4 June. They were again redesignated as the 81st Cavalry Reconnaissance Squadron (Mechanized) in July 1944. After that they made a push towards Florence and held a defensive position throughout the winter. When spring arrived in April 1945, the 81st then pushed into the Po River Valley.

It was during this campaign that Lum was killed in action while engaged with a German unit. He participated in seven Unit Campaigns: Tunisia, North Africa; Sicily; Naples-Foggia; Anzio; Rome-Arno; Northern Apennines and Po Valley. The last six were all in Italy. Lum was 25 years old and was awarded the Purple Heart Medal. 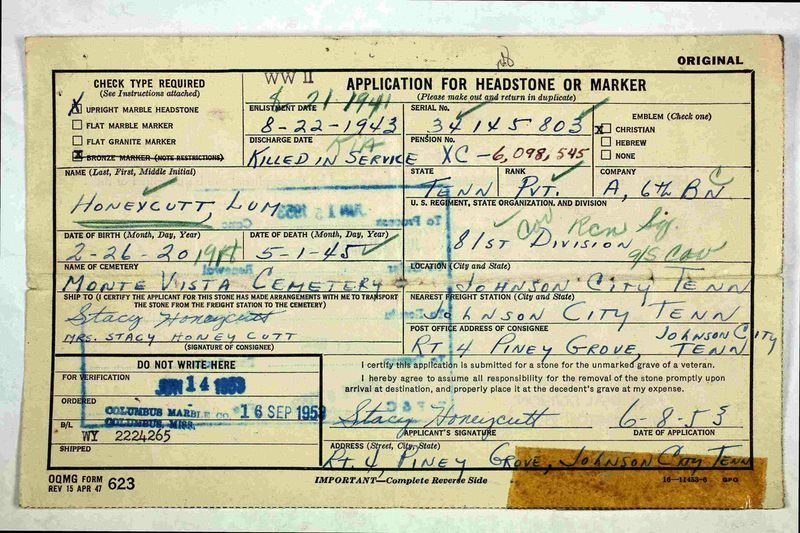