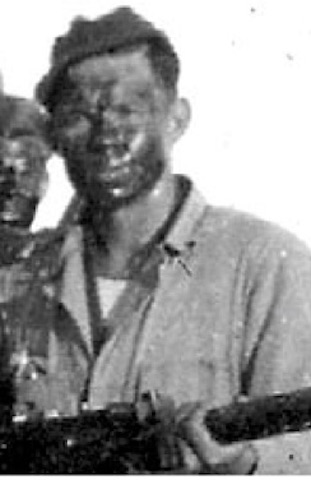 Cpl Francis was born December 9, 1921 in Knoxville, Knox County, Tennessee and was killed in action on June 15, 1944 during the airborne invasion of Normandy.

Cpl Francis enlisted in the Army on April 15, 1942 at Camp Forrest, TN His enlistment records states Louis had completed 4 years of high-school was 5’9’’, 152lbs and was single.

“Most Girls play with dolls,” Says Lucille Dominick, sitting in her West Knoxville brick Rancher. “I had a living doll. I would dress him and put him in a doll buggy and he was mine.” Lucille was 17 when her brother Louis Francis Jr. was born: She was 39 when he went off to war.

“He was very optimistic, and had a good outlook on life. Everybody liked him. He wanted to come home and buy a new car.” He had girlfriends, although he had never gotten serious about them.

Lucille had forgotten many of the details of Louis’ life, and whatever the letters might have contained about him, long ago turned to ashes. “After he was killed I burned all his letters,” Said Dominick.

She had gone to Blytheville, Ark., to the graduation of a friend. I came back and said to my husband, “Have they heard from Louis? He said “Yes, he’s been killed.”

One brother had already died. Phillip had succumbed to sunstroke on June 17, 1943, while engaged in maneuvers at Fort Rucker, Ga. Phillip’s death had crushed her. It had seemed so meaningless, but the fact that Louis died in combat did not make it more meaningful.

“He was in the 507th (parachute) Infantry Division,” He had dropped behind German lines and dug in along with his comrades. “His friends wrote mother and said they were in the foxhole one day and he stood up and the Germans shot him.”

“Louis had said ‘If anything happens, I want to be buried with my buddies.’” And so he was.

Lucille has traveled to the cemeteries at St. Laurent in Normandy and stood among the assembled crosses. “It’s a beautiful emetery. It’s so well kept, it’s a consolation to go and see. You can look over and see the beach. Some of the landing craft were still there on the beach when I went in 1950.” The original wooden crosses still stood. Since then she has visited three more times, most recently in ‘91. “The highlight for me is always going to the cemetery.”

Looking back she sums up her feelings with a clenched fist and these words: “It’s a terrible thing to go through. I don’t want anymore wars, because someone’s going to get killed.”
(Lucille Francis Dominick 1910-2003. Passed away in Knoxville, Tennessee.) 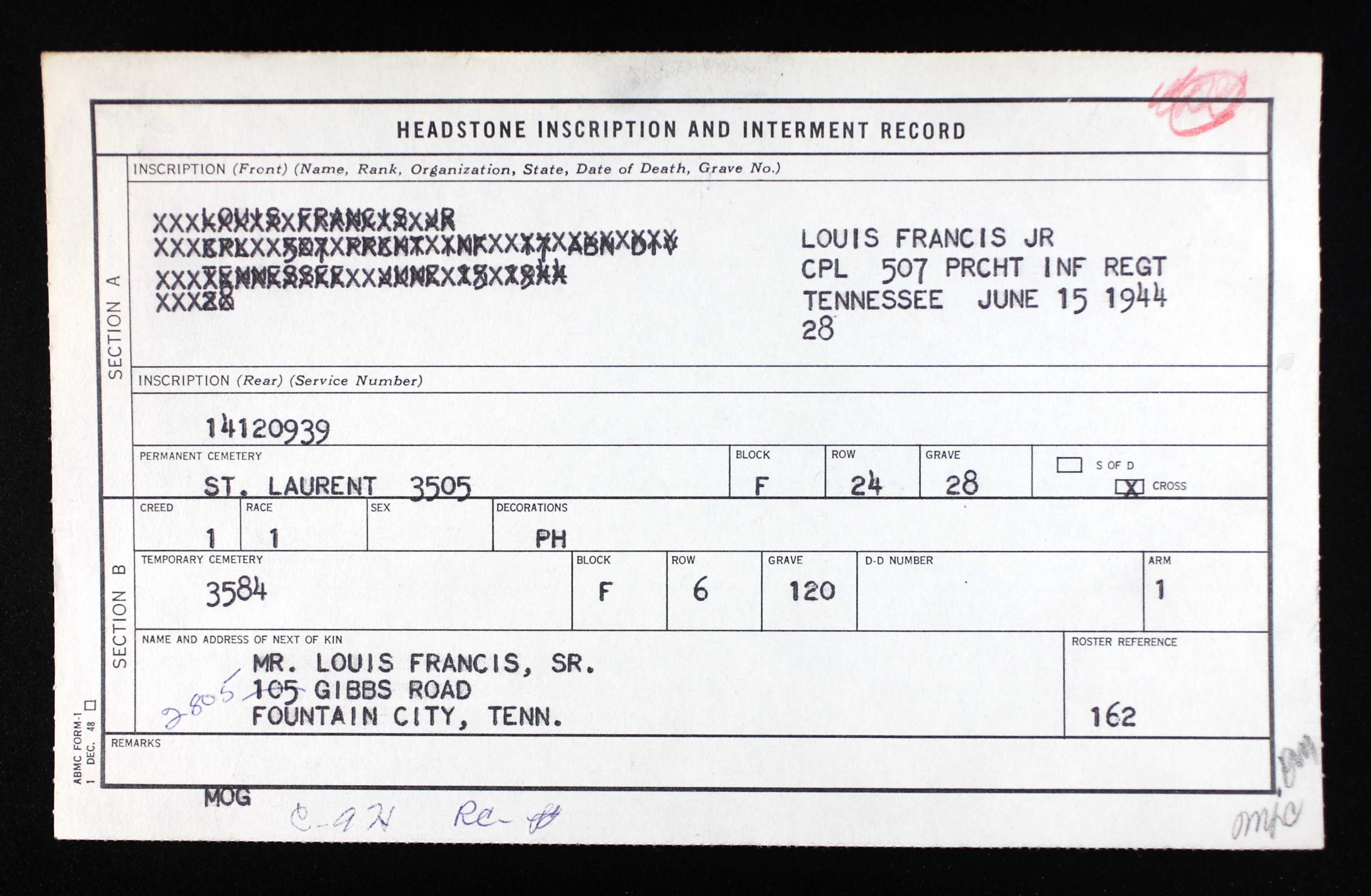 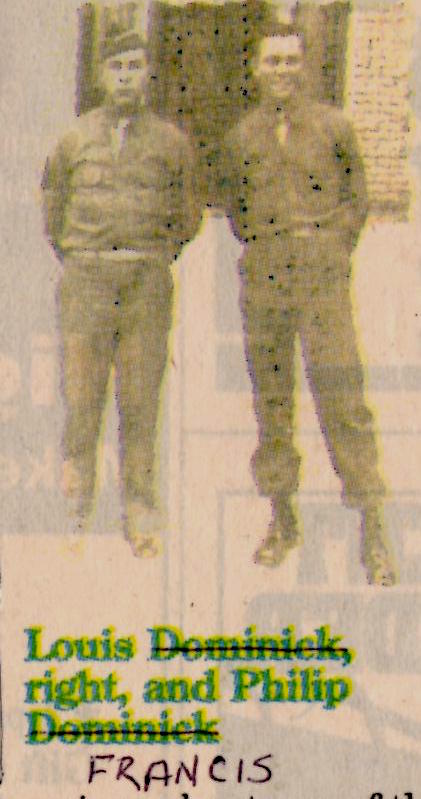 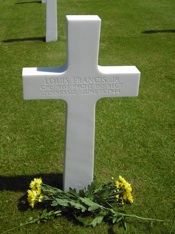