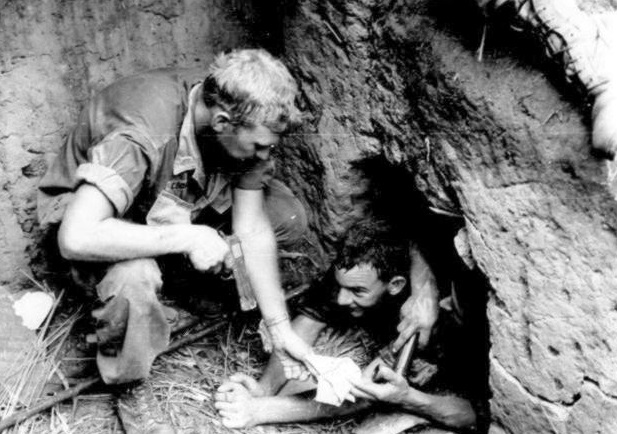 Private First Class Lonnie Junior Robbins was born on November 13, 1947, and was originally from Caryville, Tennessee. He served his country in the Vietnam War in the United States Army, as a tactical wire operations specialist in C Company, 2nd Battalion, 14th Infantry Regiment, 25th Infantry Division. His tour in Vietnam began on July 11, 1967. Two months later, on September 18, 1967, PFC Robbins was killed under hostile conditions in Binh Duong province, South Vietnam; he was 19 years old at the time of his death. PFC Robbins received the Purple Heart award for his service. He is buried at Harness Cemetery in Caryville, Tennessee, and is memorialized on the Vietnam Veterans Memorial on Panel 26E, Line 89.

The following is an online tribute left for PFC Robbins:

5 April 2005
Lonnie, it has been years since you left me, but I know we will be together again never to be separated again. I wish I could have been with you to hold your hand on that fateful day as you held my hand to guide me as your younger brother. I think of you often and wonder what life would have been like with you around to inspire me and guide me.
Lonnie, I love you and miss you. Your Brother, Harold.

Photo submitted by Tom Reese
PFC Lonnie J. Robbins is coming out of the Tunnel.