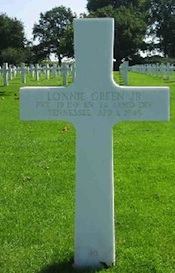 Private Lonnie Green Jr. #34719258 was born in Georgia in 1925. He enlisted on the 6th of August 1943, at Camp Forrest, Tennessee. Private Green was one of a small number of African Americans who were allowed to volunteer for combat duty in January and February 1945, due to the need for infantry soldiers. He was assigned to the CCCR Rifle Company, 19th Infantry Battalion, 14th Armored Division.

On the 1st of April 1945, the Division began a rapid advance across Germany from the Rhine River. Private Green was killed in action, at or near Frickenhausen, on the 6th of April 1945. He was 20 years old.

He is interred at the Netherlands American Cemetery, J,21,10, Margarten Netherlands. 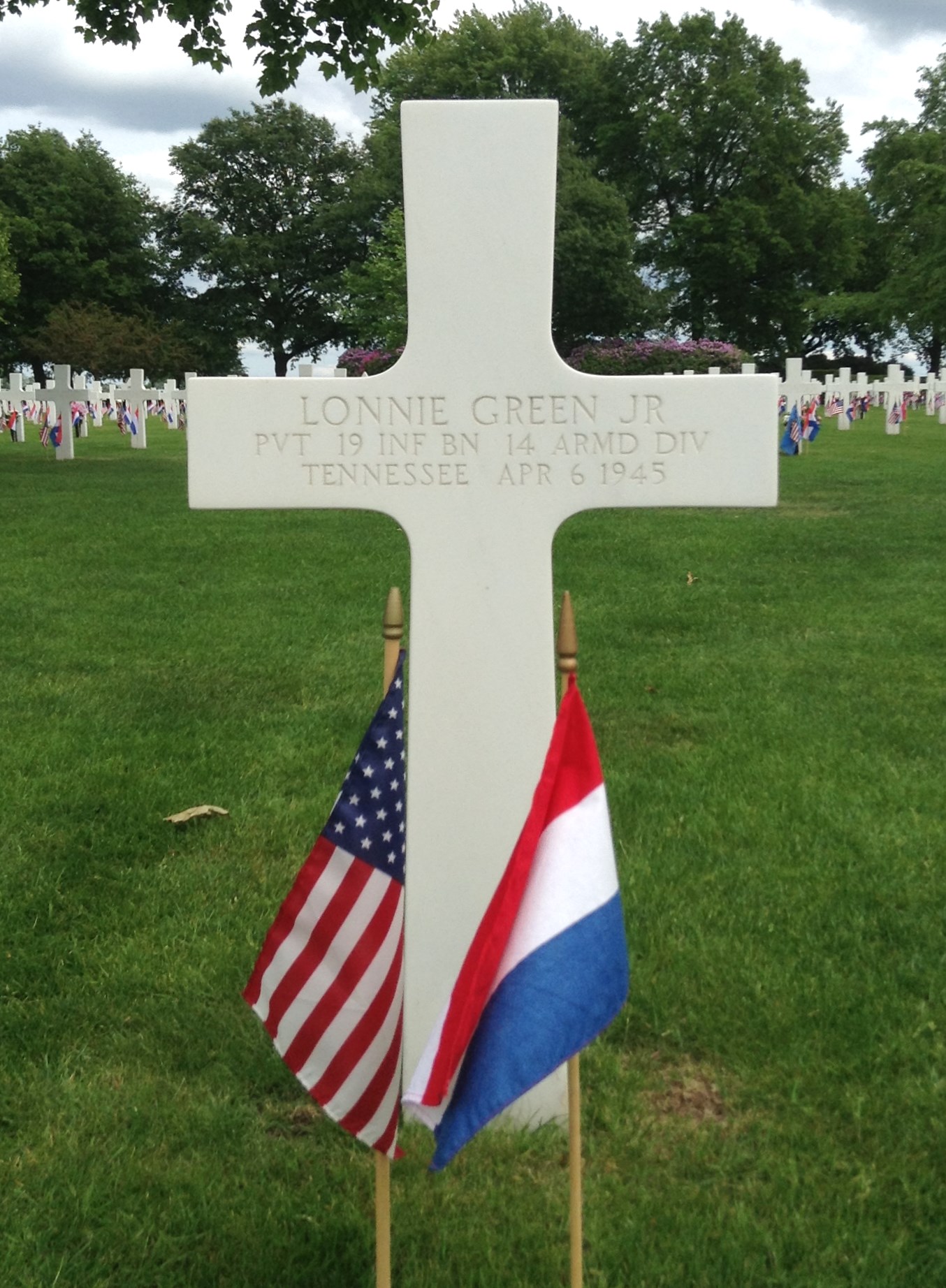 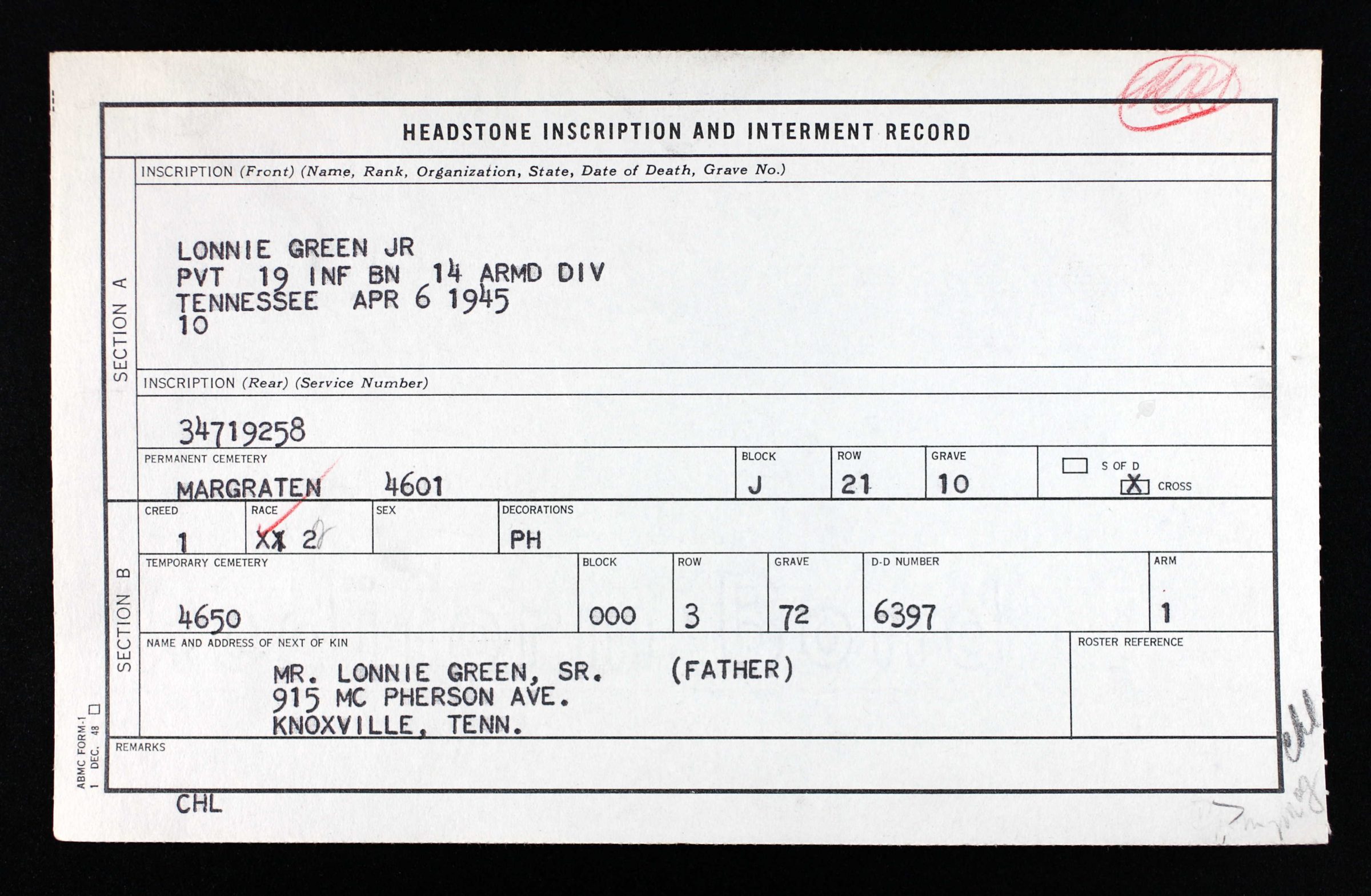