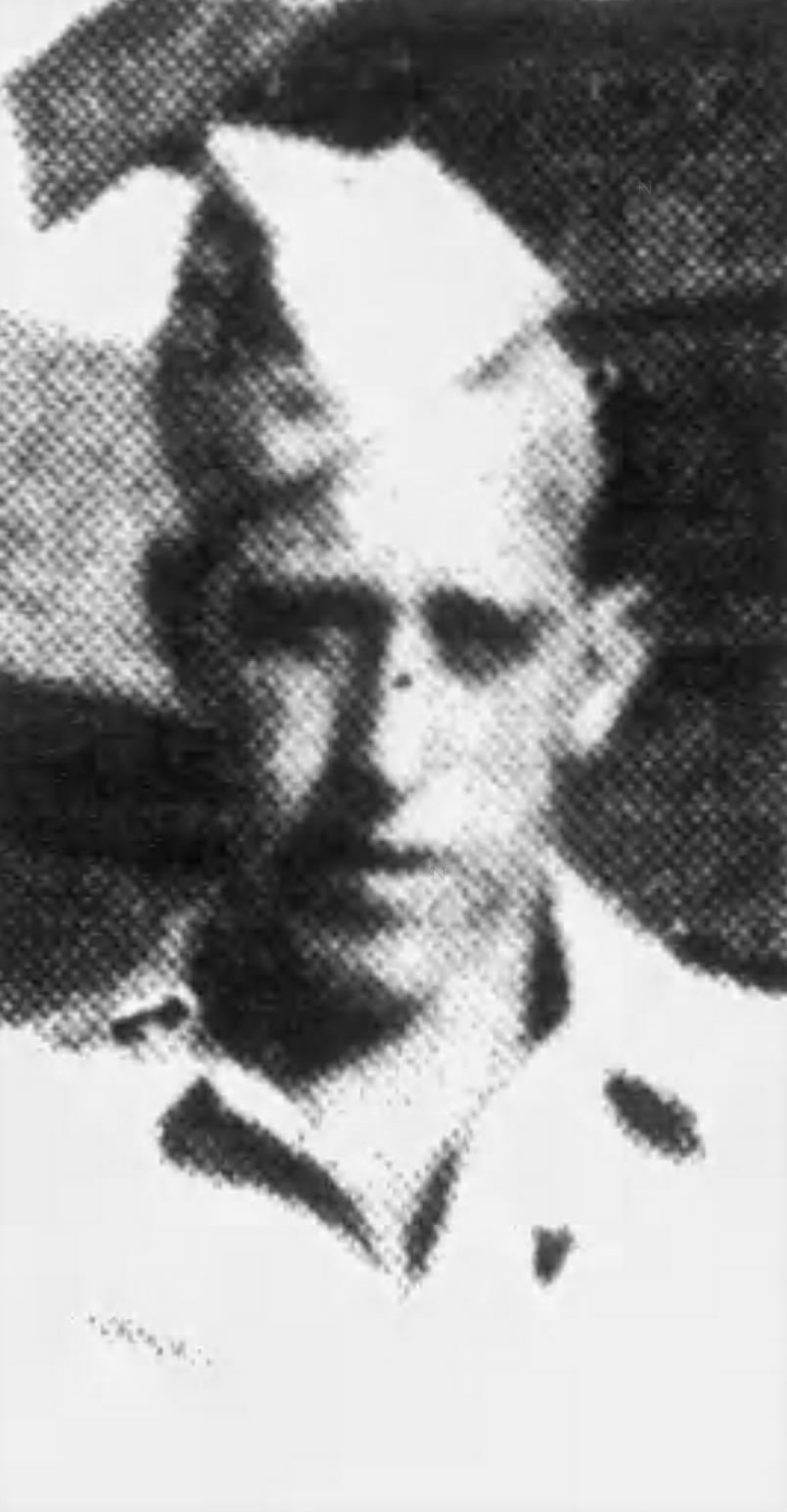 The Knoxville Journal, February 6, 1945
Pvt. Logan C. Miller, son of Mr. and Mrs. J.L. Miller of Route 1, Knoxville, was killed in action Dec. 5, in Germany, according to a message received by his parents from the War Department. Private Miller had been in the Army since November, 1942, and went overseas in June, 1944. He is a former Electro-Manganese Co. Employe. He is survived by his parents and a brothers, Silas H. Miller, in the Army in Newport, Rhode Island. 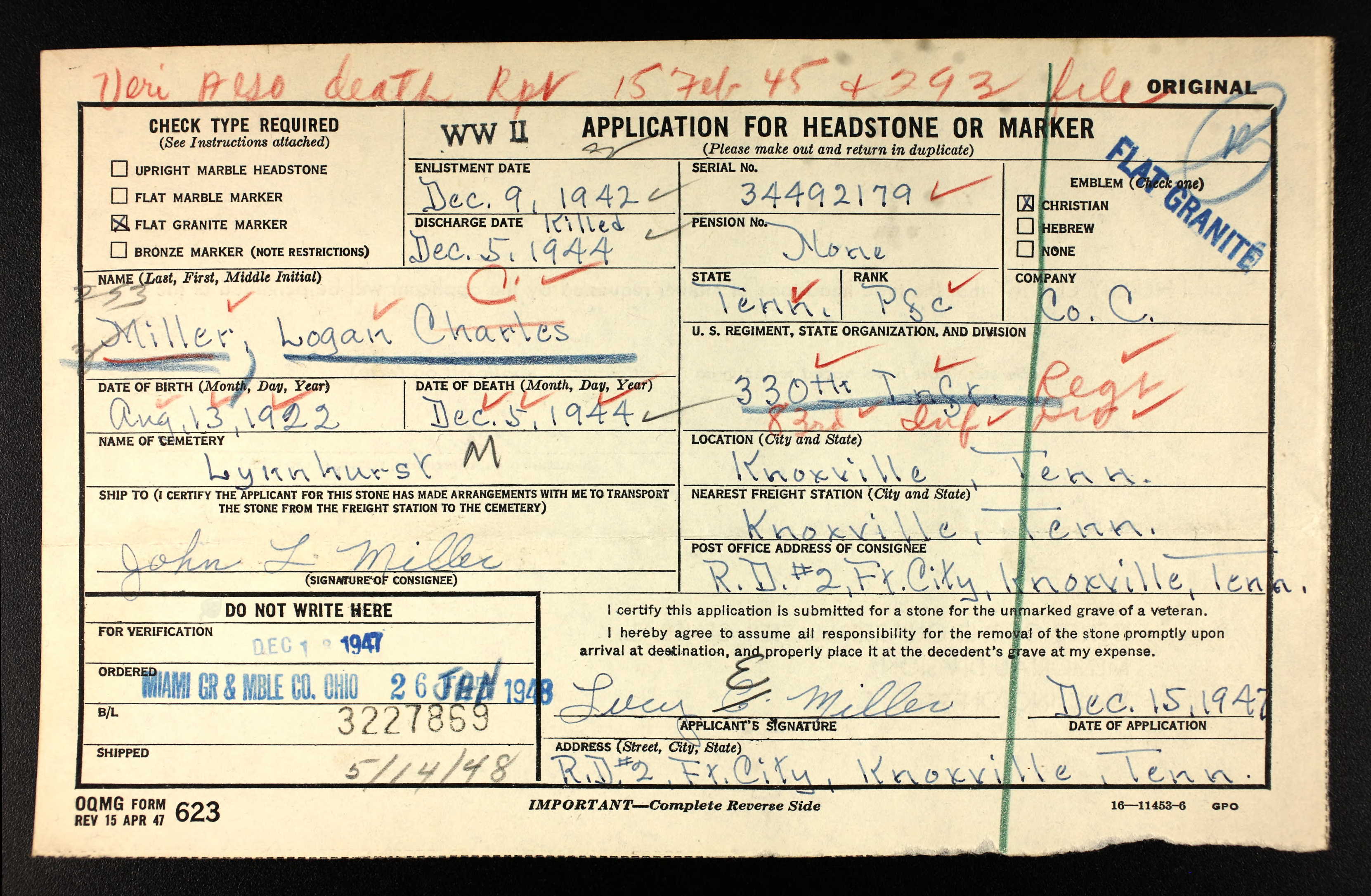 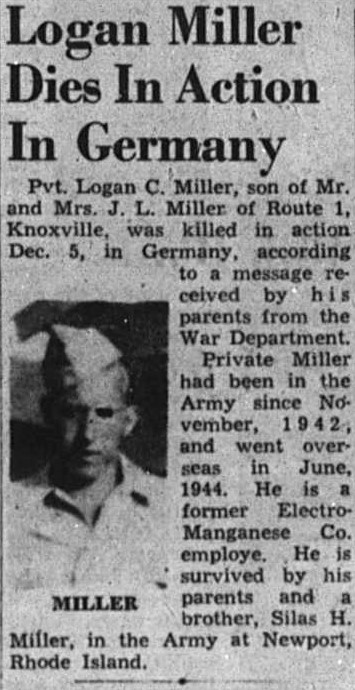