Aircraft B-24D-1 with serial number 42-72804 departed from Strip #12 Dobodura, New Guinea on a reconnaissance mission to Recco N&NW Bismarck Sea. The aircraft was shot down over the Bismarck Sea. 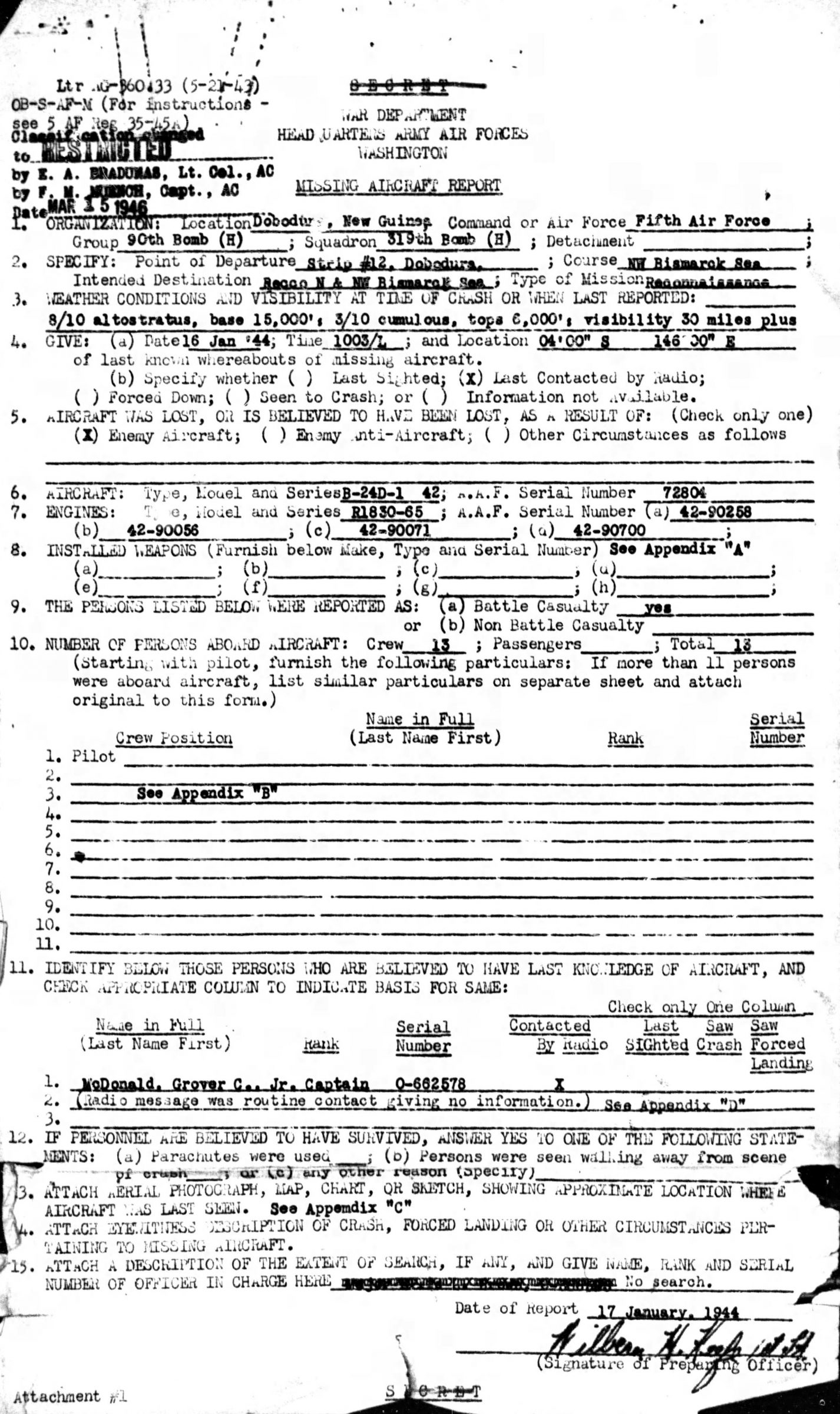 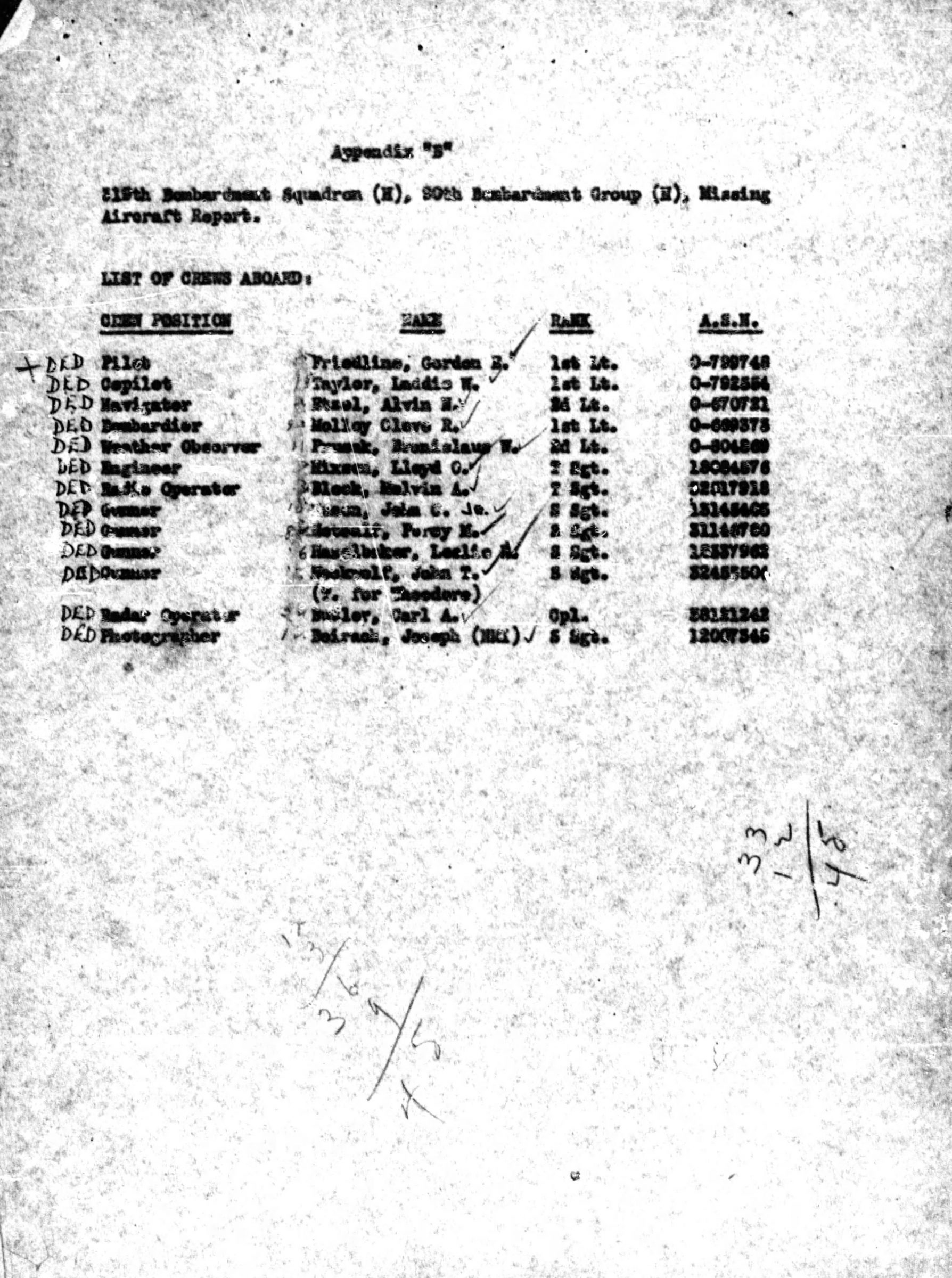 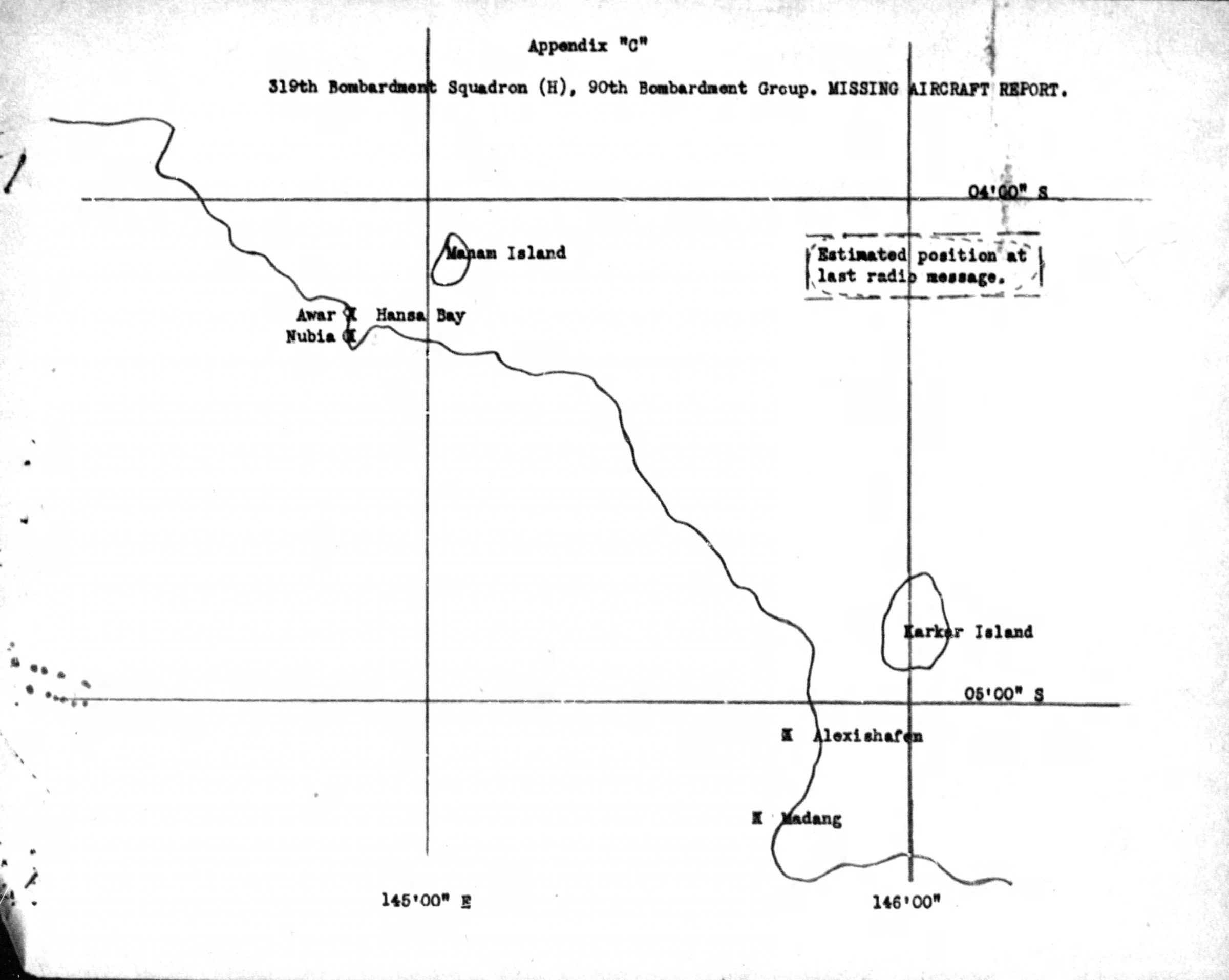