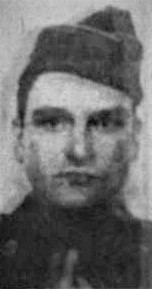 At the time of his death he served in the 15th Infantry Regiment, 3rd Division. The division landed in Southern France on 15 August 1944.
Burial May 12, 1948, Lynnhurst Cemetery, Knoxville

The Knoxville Journal, October 4, 1944
Pvt. Lloyd Edward Troutt, former employe of Lay Packing Co., was killed in action in France Aug. 19, the War Department has informed his widow, Mrs. Juanita Groves Troutt, Mascot, Route 1. Private Troutt had been overseas since March. He fought at Anzio and Rome and was in the invasion of Southern France. While stationed in Italy he was awarded the combat infantry badge and good-conduct medal. He was a member of the Bethlehem Methodist Church. In addition to his wife he is survived by two brothers, Rannel and Raymond Troutt of Knoxville, Route 5, and a sister, Mrs. Ethel Webster of Corryton. 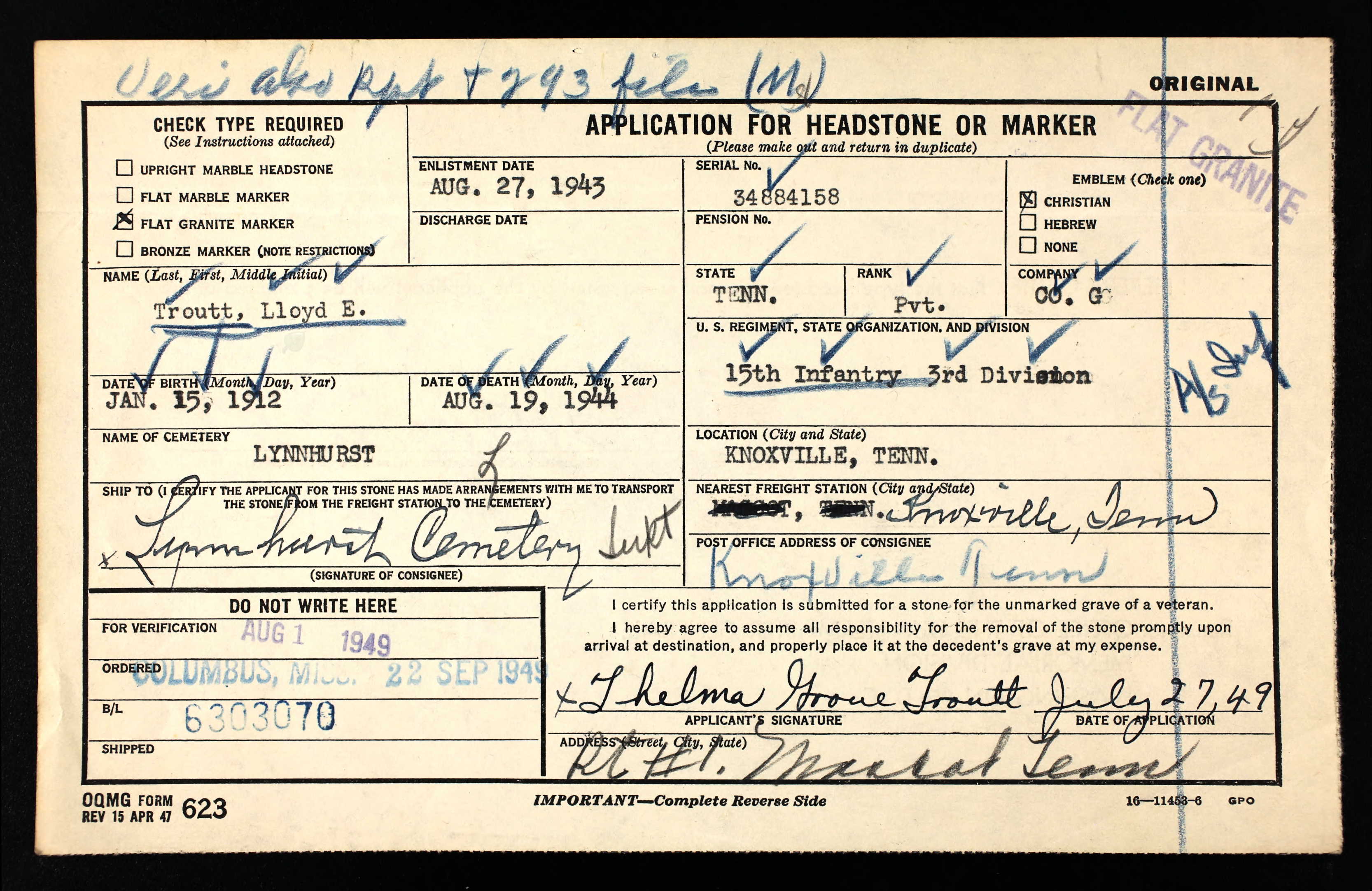 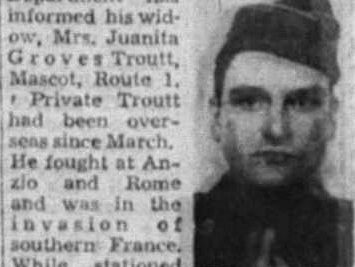