The Knoxville News-Sentinel, 23 March 1944
Marine Sgt. Lloyd C. Goolsbe has been killed in action in the South Pacific, according to his mother, Mrs. Sylvester Goolsbe, 229 Haywood Avenue, and his wifee, the former Miss Margaret Courtney, 1148 Luttrell Street. Sgt. Goolsbe, 23, joined the Marines four years ago after attending Knoxville High. A younger brother, Pvt. Arthur L. Goolsbe, is in England. Other survivors are two sisters, Mrs. Roy Chambers and Miss Gertrude Goolsbe of Knoxville. Sgt. Goolsbe went to the Pacific almost two years ago, but his family had never learned in what local area he was stationed. He had seen much action. 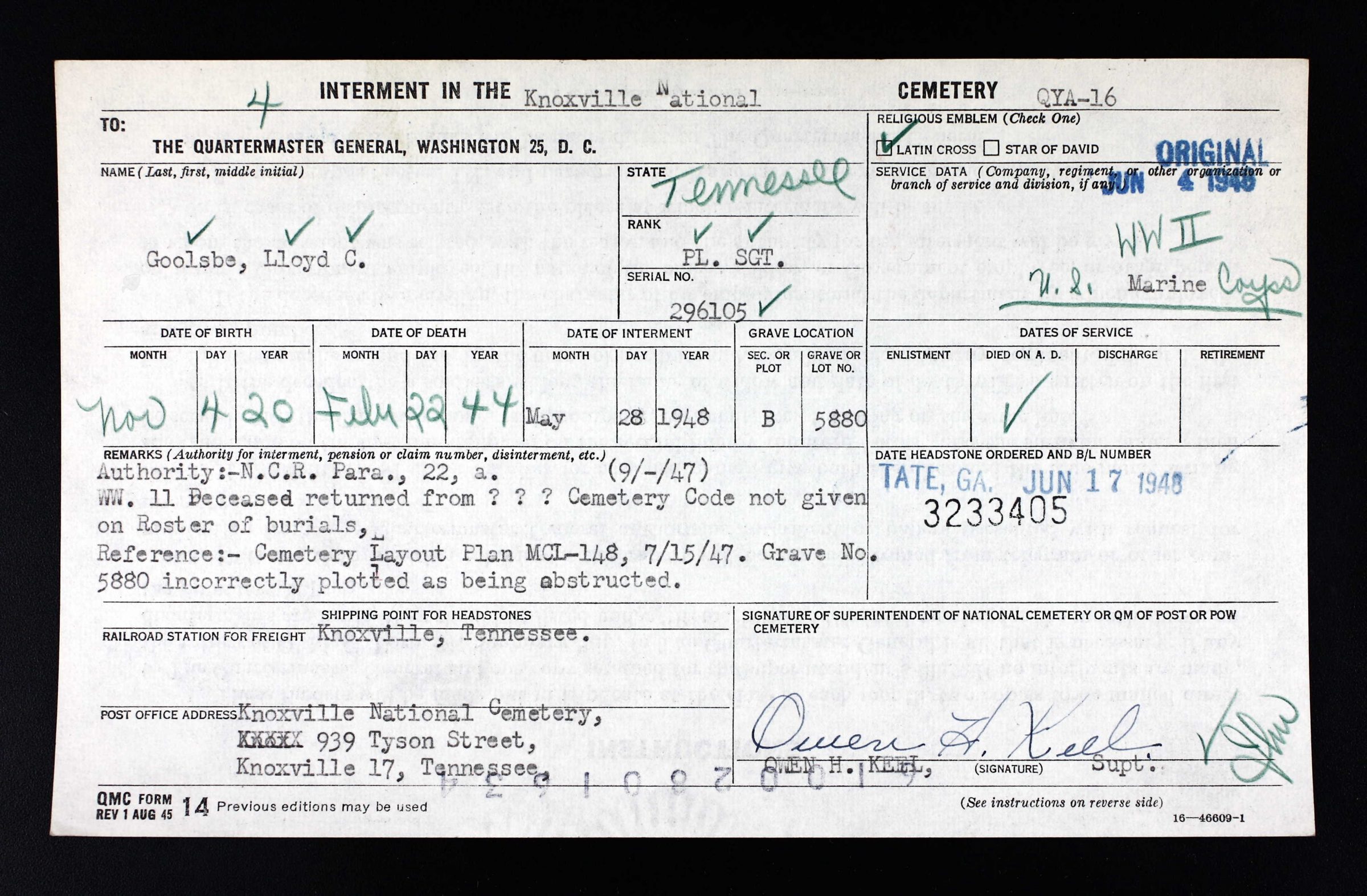 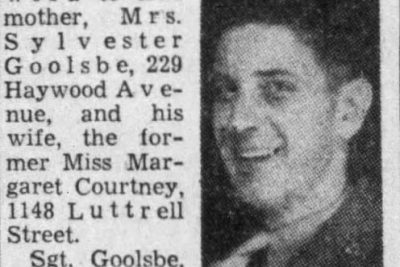 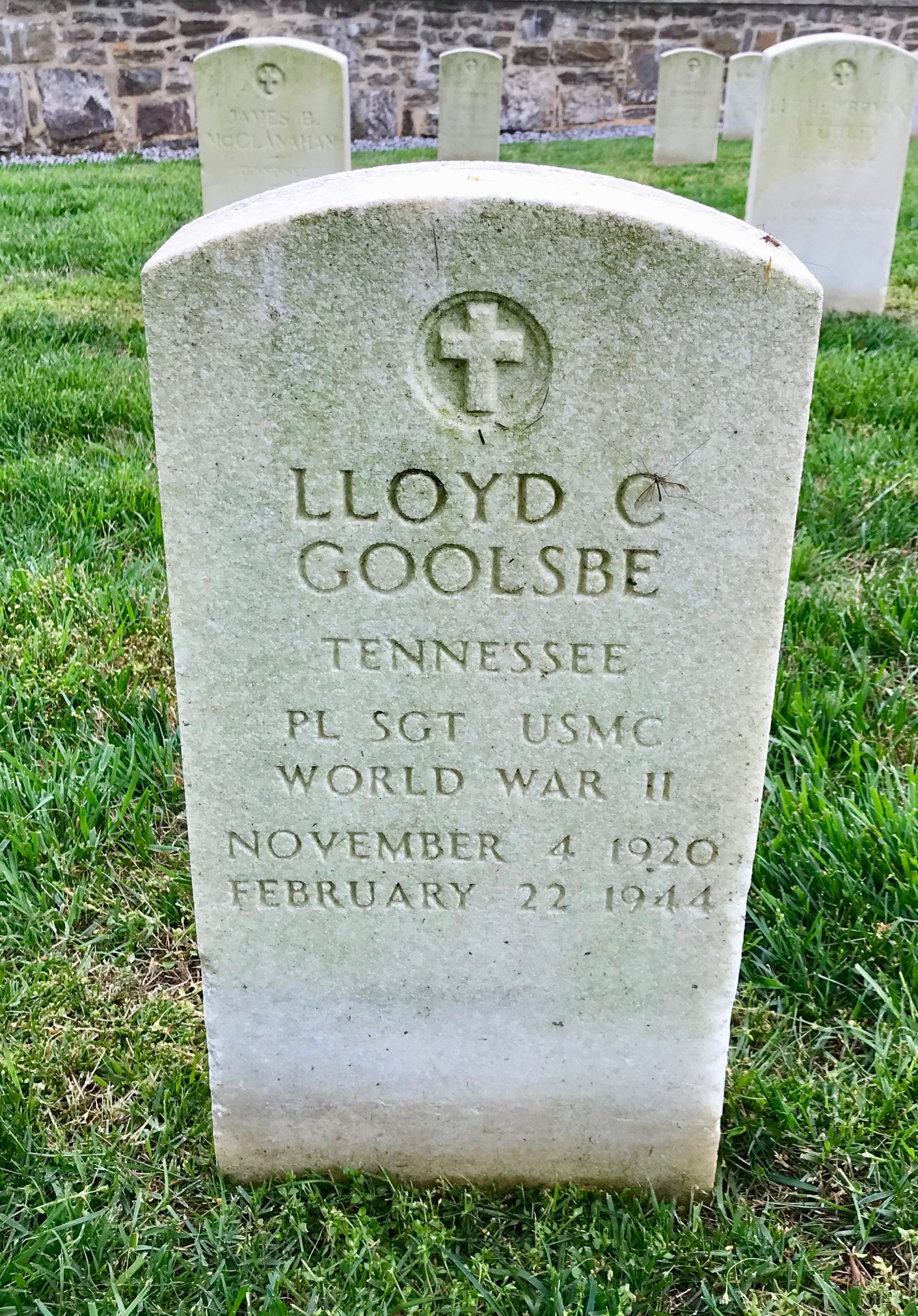