Private Elmore was member of the 5th Cavalry Regiment, 1st Cavalry Division. He was killed in action while fighting the enemy in North Korea.

Crossville Chronicle, June 21, 1951
Mrs. Susie Elmore, Lantana Road, received word Monday that her son, Pvt. Lincoln Elmore, was missing in action in Korea.
Private Elmore enlisted in November, 1950 and had been in Korea since some time in April. The family had been hearing from him quite often; he had written of learning to write the Korean language.
He has 2 older brothers, Silas and Sidney, who served in World War II. Another older brother, Lyndal, in Nashville, 2 younger brothers, Cordell and Odell; 2 sisters, Mrs. Aldena Tabor and Ruth and Rozelle Elmore, at home, also survive. 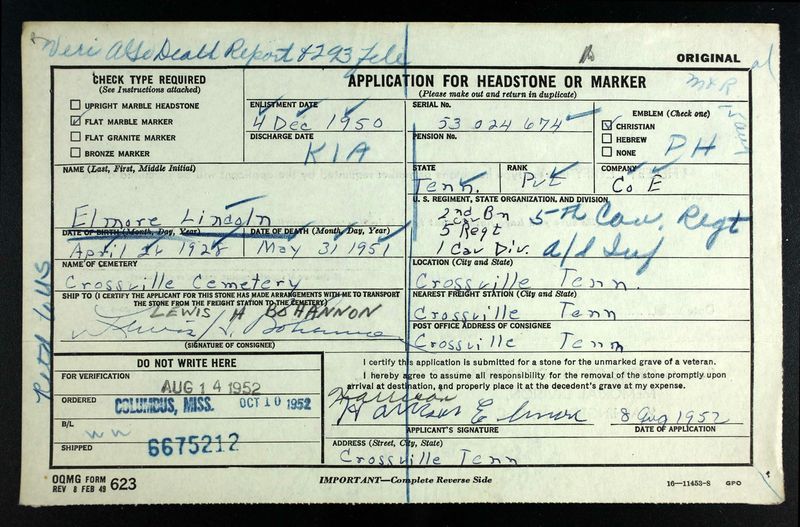 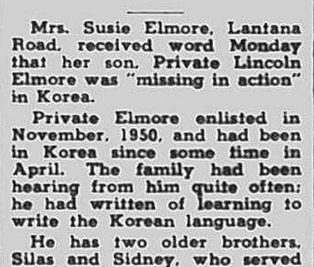