Lincoln Fielden was returned from El Alia Cemetery, Algiers, Algeria on 10 August 1948. He was one of a group of eight buried in a common grave at Zachary Taylor National Cemetery, Louisville, Kentucky.

The Knoxville Journal, April 11, 1943
Pvt. Lincoln A. Fielden, 1124 Stewart Street, was killed in a plane crash while in active service somewhere in Northern Africa, Feb. 23, his wife, Mrs. Beatrice Fielden was notified by telegram from the war Department yesterday. Pvt. Fielden had been in the Army Medical Corps since March of last year and left for foreign duty last August. He was a graduate of Hall’s High School and before entering the service was employed by a tire company here.
Mrs. Fielden is at home with her mother, Mrs. Roxie Clark, of 1124 Stewart Street. 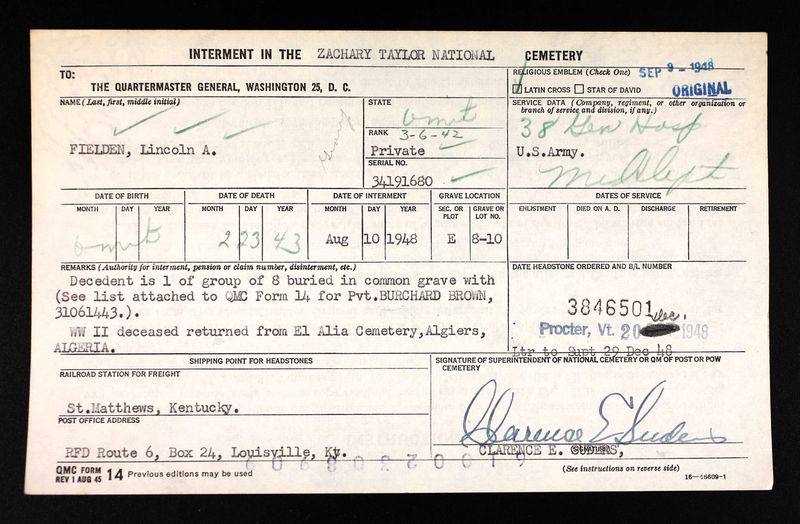 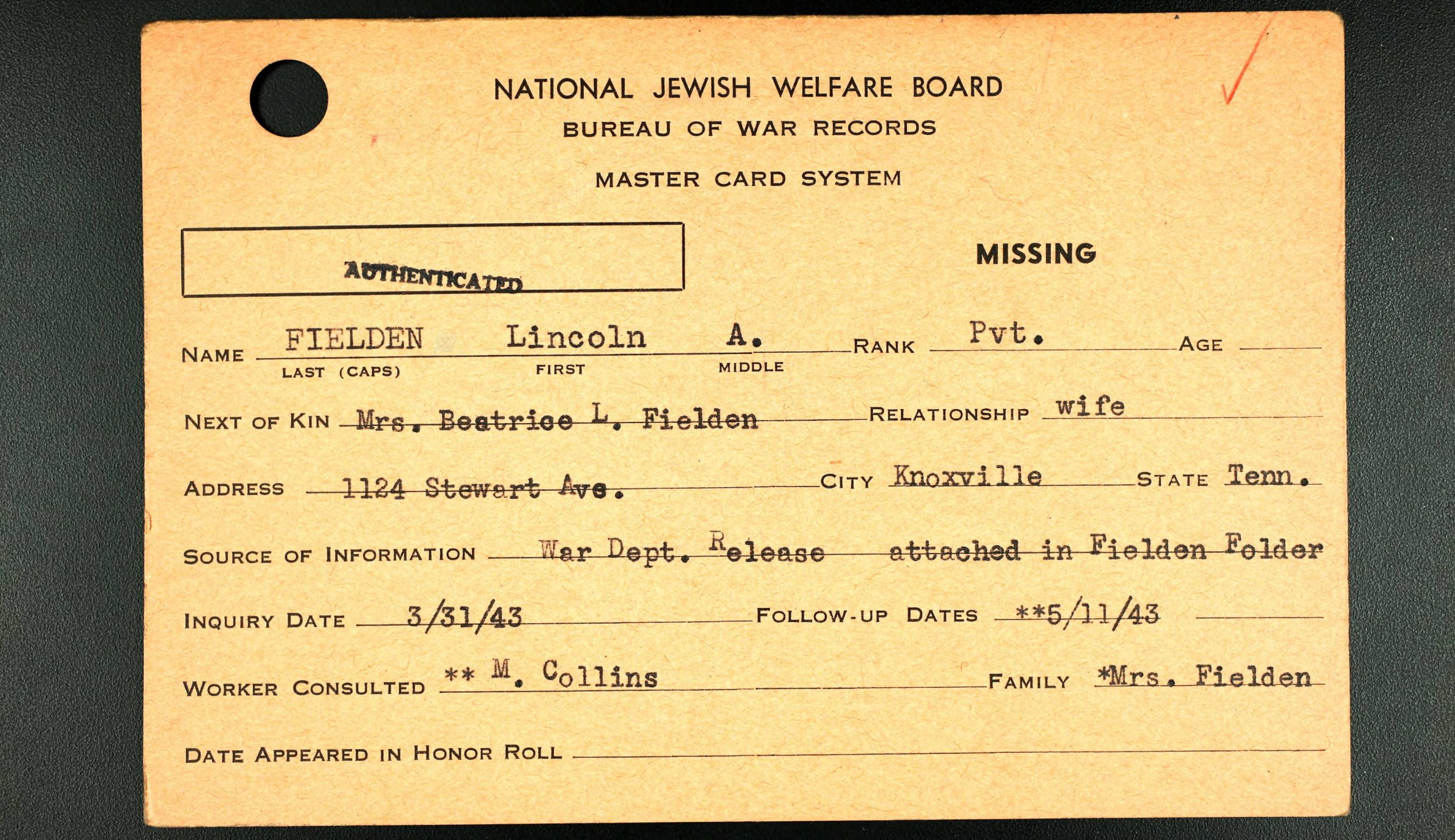 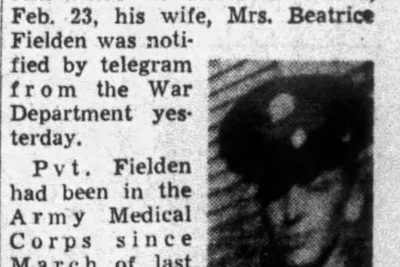 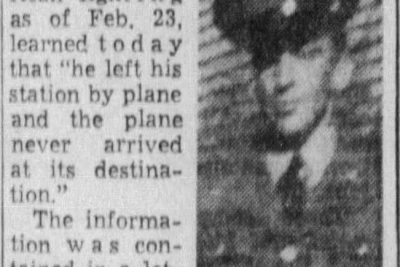