His next assignment was aboard the USS Fogg DE 57, a destroyer especially designed and trained to fight enemy submarines. The USS Fogg was commissioned on July 7, 1943 and became known as the Fighting Fogg and travelled over 150,000 miles.

On December 20, 1944, the USS Fogg was torpedoed by a German submarine about 400 miles west of Gibraltar. In this action, fifteen members of the ship’s crew lost their lives. Lillon was one of the fifteen killed in action as a result of the attack. He died of his wound three days later on December 23, 1944. 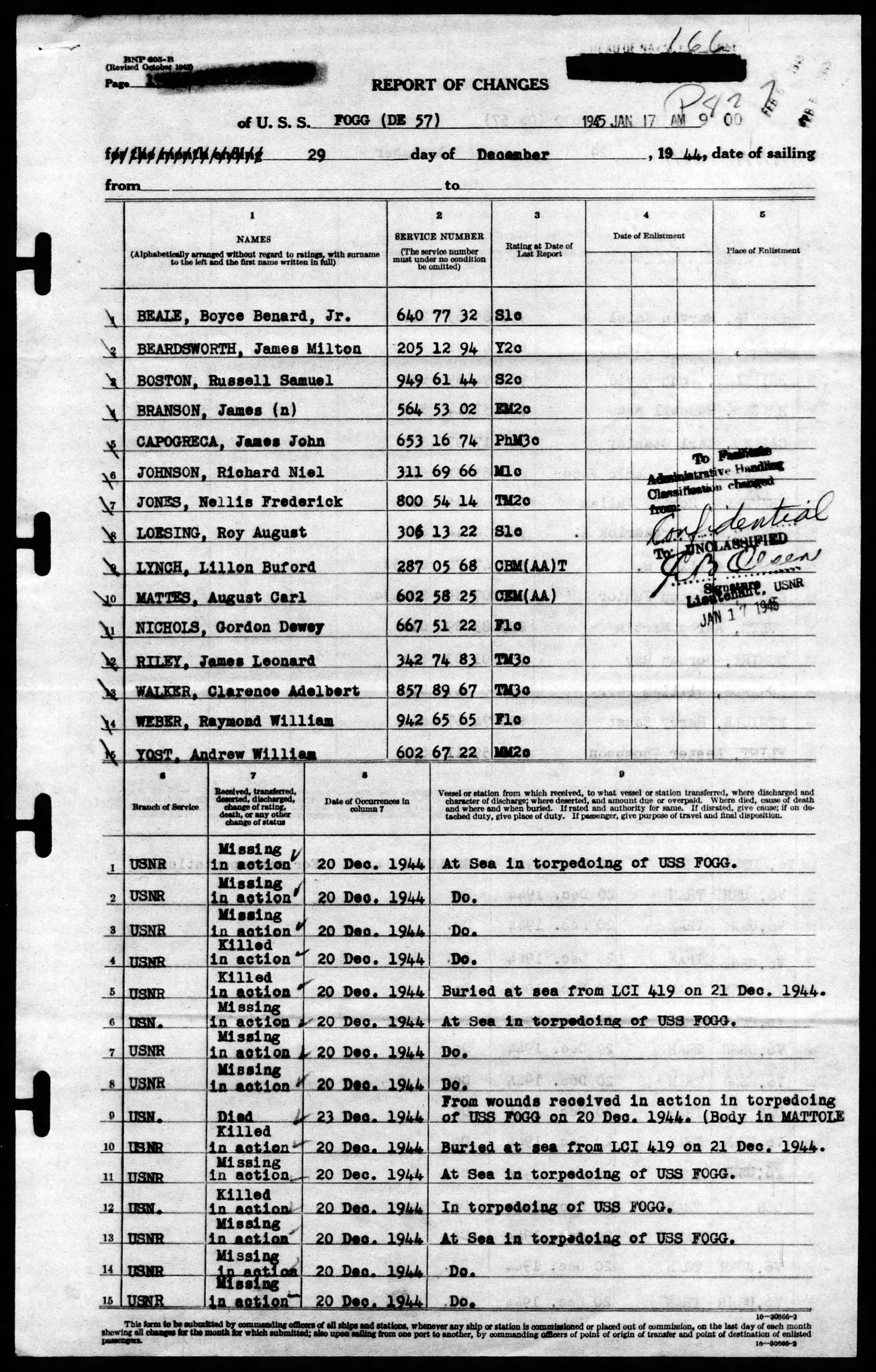 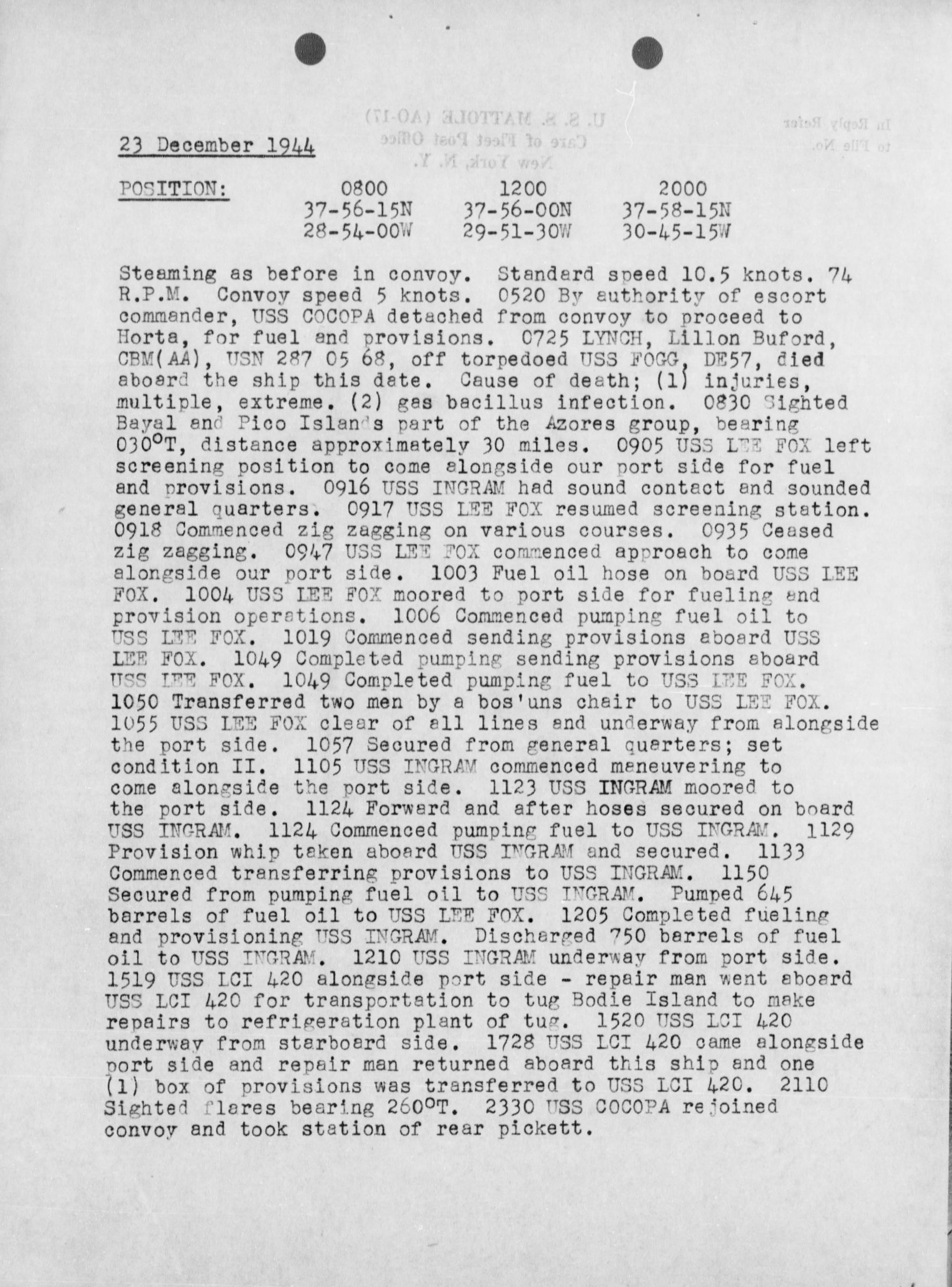 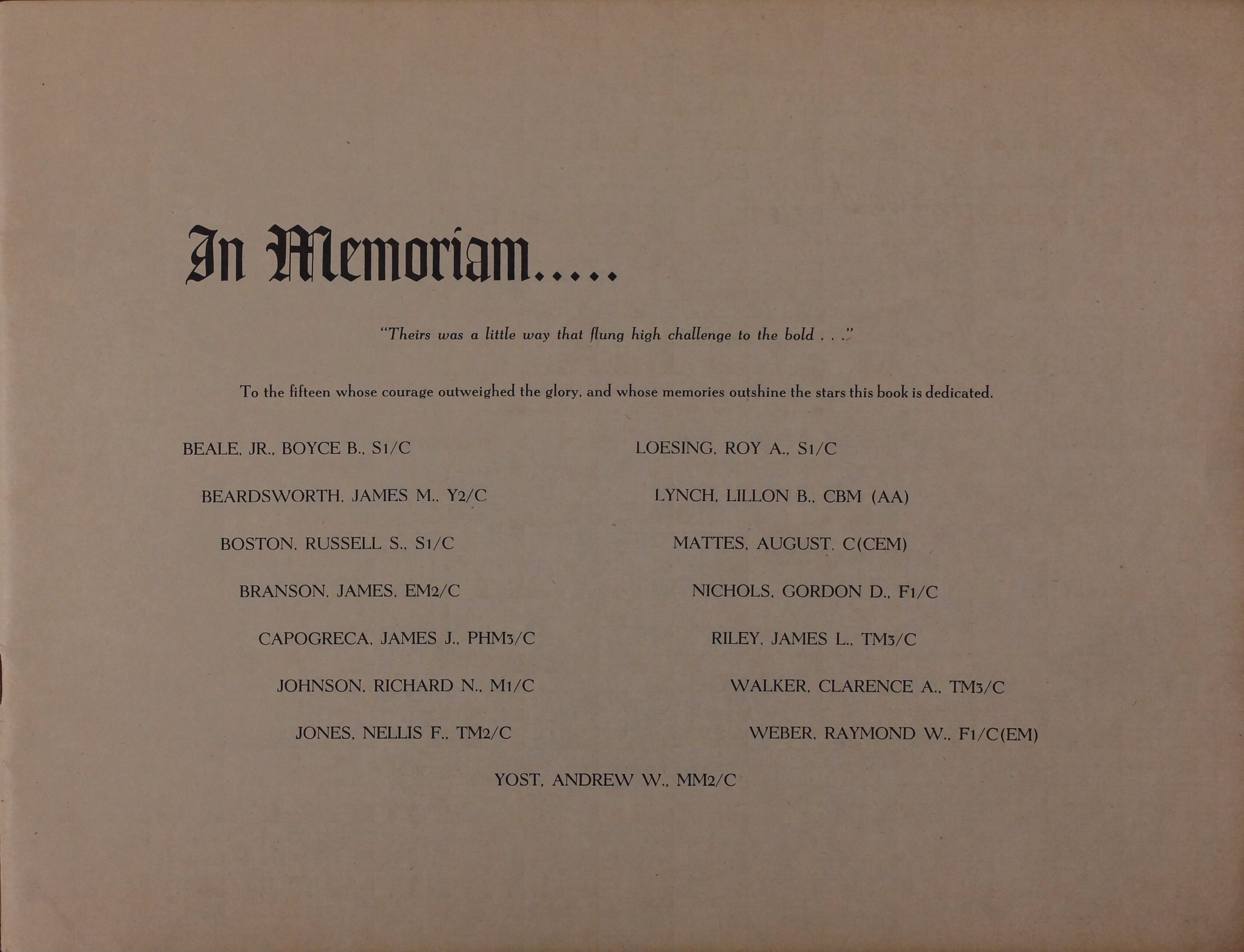 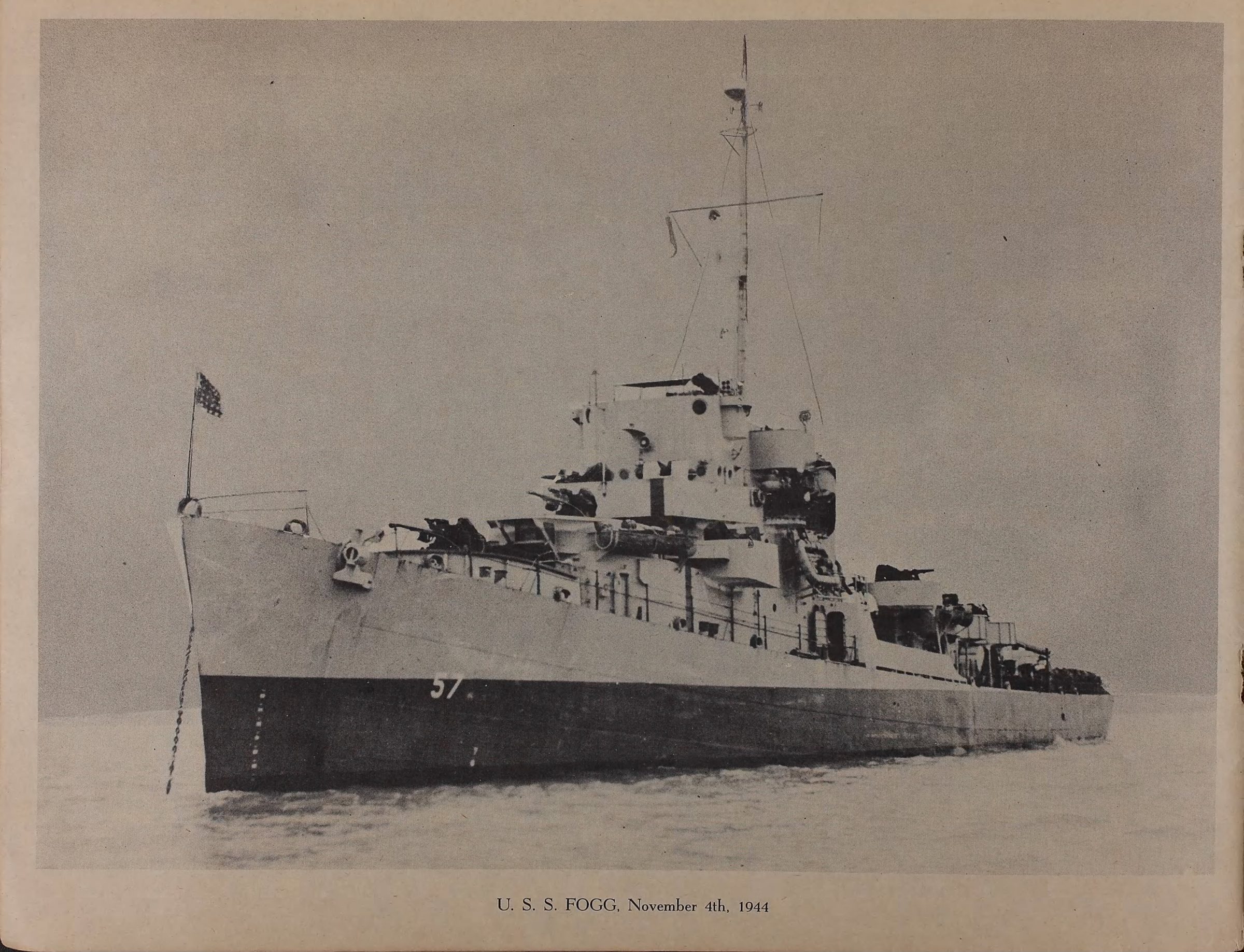