Lewis King was born in 1924 and killed in action 10 July 1944 in the Invasion of Normandy.
He was initially buried at Sainte-Mère-Eglise #2 Cemetery at Carentan, France and reburied at Normandy American Cemetery, Colleville-sur-Mer, France, Plot B, Row E, Grave 43.

The LaFollette Press, August 17, 1944
Lewis King Jr., age 20 was killed in action July 20, in France, so his parents, Mr. and Mrs. Lewis King have been notified. He was a graduate of Jellico High school in the class of May 1943 and entered the service in June of that year. After receiving his training he was moved overseas to England. His parents live at White Oak. He has two brothers in the service, Herbert in New Guinea and Hubert in the States. 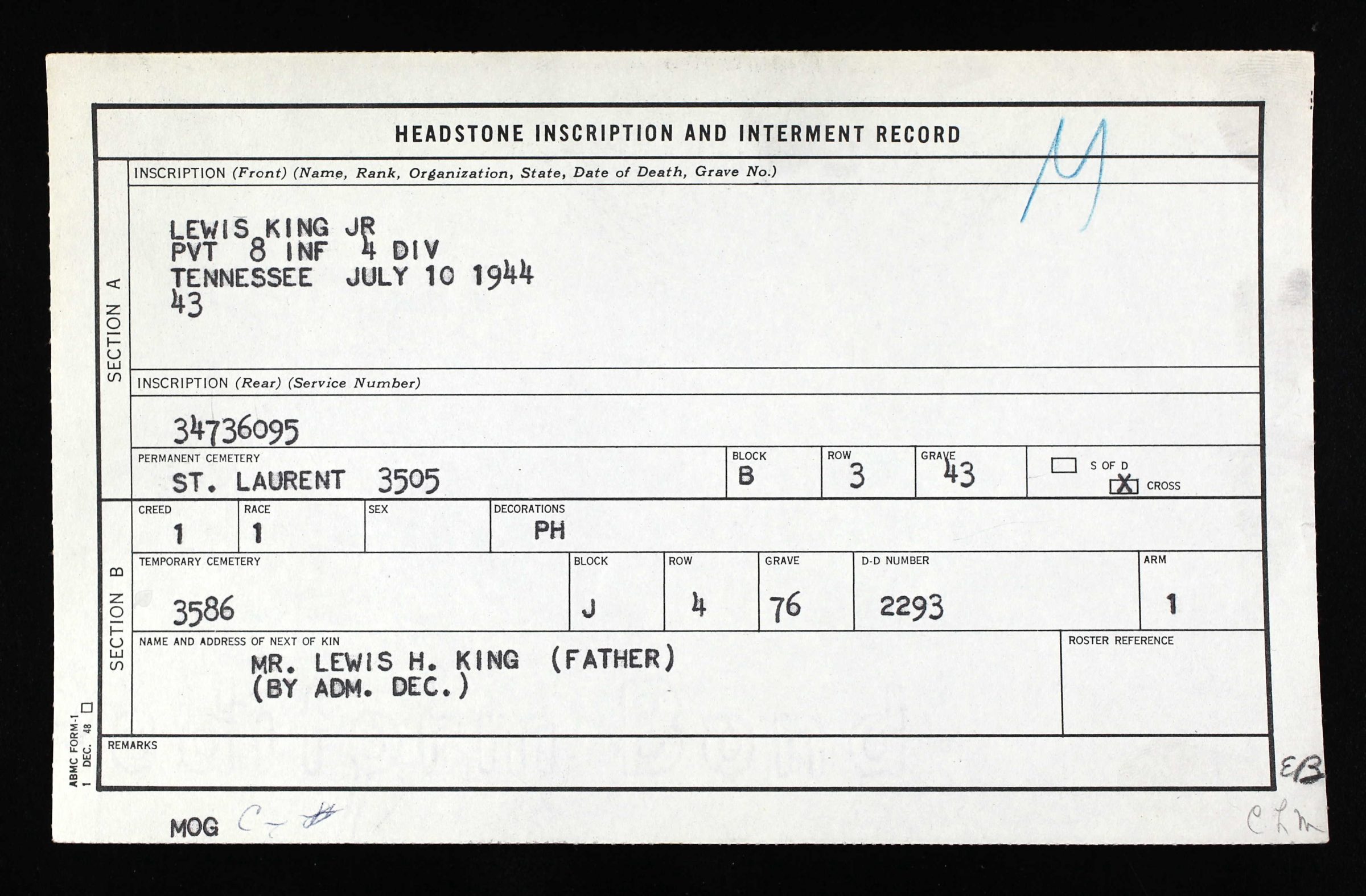 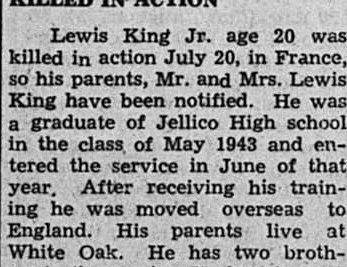 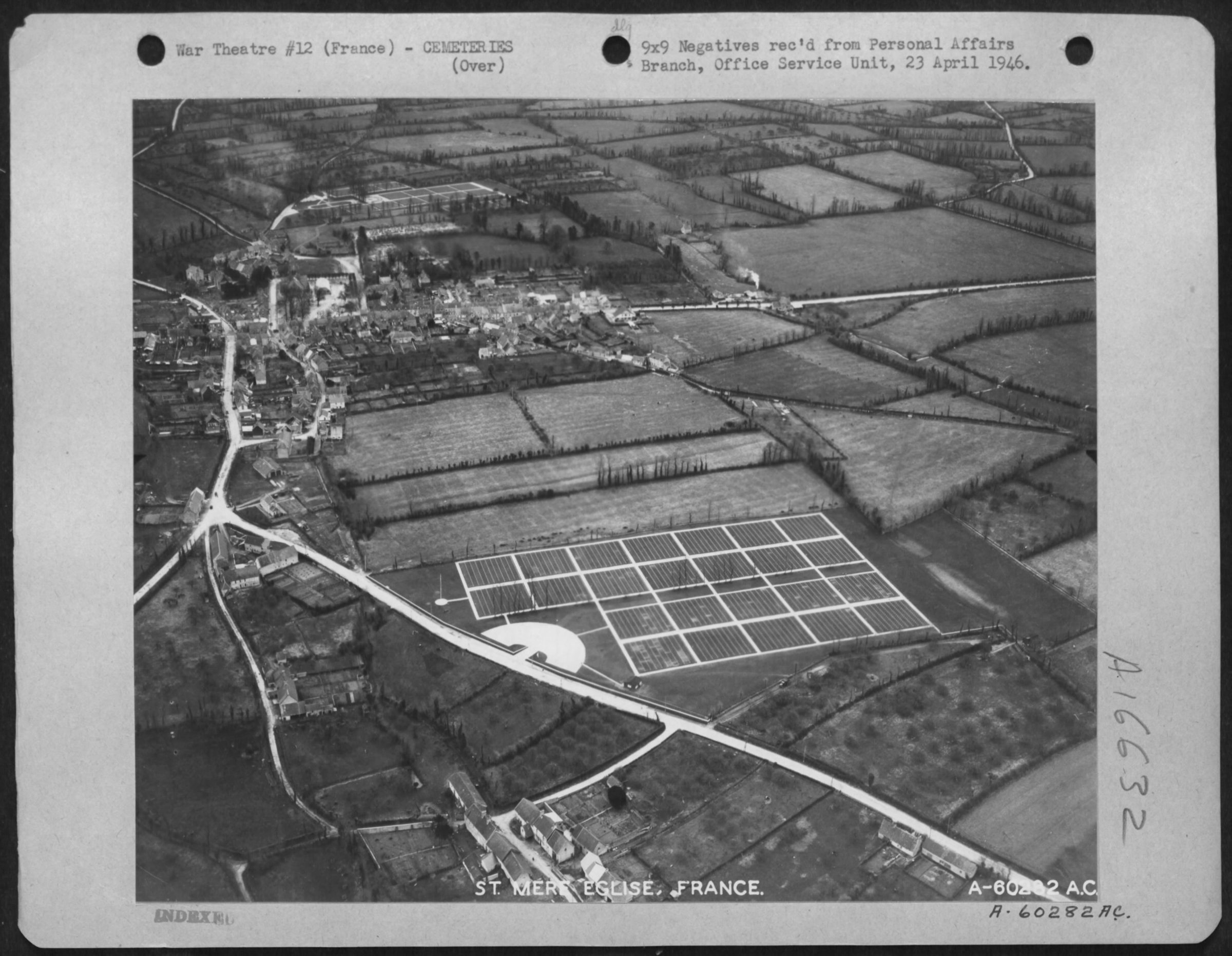