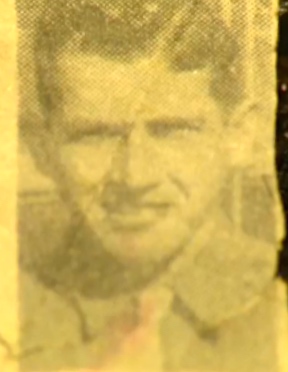 Lewis Price had died Nov. 6, 1944, according to a list from the Netherlands American Cemetery and Memorial.

“I guess it was exciting for them to know that we have an answer after all these years, but it’s still sad, you know,” Gene Price said.

The organization was looking for his photo, which Gene Price delivered with the help of Hawkins County Veterans Service officer Danny Breeding.

“Immediately I was excited to know that family had closure,” Breeding said.

“The ones you’d like to tell about it are passed away, deceased, and that would have been important to share with them too,” said Price.

Pfc. Price’s photograph will be added to more than 10,000 at the Netherlands American Cemetery and Memorial.

Price was a member of Company E, 2nd Battalion, 109th Infantry Regiment, 28th Infantry Division, which moved into the Hurtgen Forest in Germany, to relieve U.S. forces who had been fighting for weeks.

The fighting in and around the forest was frequently chaotic, and details surrounding his loss are sparse.

Unable to make a correlation with any remains found in the area, he was declared non-recoverable.

Then, in 2015, a DPAA historian analyzed documentation of “X-2736 Neuville,” an unidentified set of remains recovered from the Hürtgen Forest in 1946.

Army officials had been unable to identify the remains following the war and subsequently interred them as an unknown soldier at Neuville, presentday Ardennes American Cemetery in Belgium.

Based upon the original recovery location and evidence from personal effects found with the remains, the historian determined that there was a possible association between the remains and Price.

In June 2016, the Department of Defense and American Battle Monuments Commission disinterred the unknown soldier’s remains and accessioned them to the laboratory for identification.

DPAA said there are still 72,866 service members unaccounted for from World War II, about 26,000 of which are considered recoverable.

Price’s name is recorded on the Tablets of the Missing at the Netherlands American Cemetery, an American Battle Monuments Commission site in Margraten, Netherlands, along with the others who are missing from WWII.

Although interred as an Unknown, Price’s grave was meticulously cared for by ABMC for 70 years. A rosette will be placed next to his name to indicate he has been accounted for.

For years we as a family, adopted Lewis E. Price on the Tablets of Missing on the war cemetery in Margraten, the Netherlands.
We would honour Lewis with that, even if there was no grave to visit. Just to let Lewis know that there were still people to remember him and he will never be forgotten.
As known, his remains were found and identified. We tried to contact his family. We thought it would be nice to let them know Lewis was not forgotten for us. But all the things we have tried to contact someone of his family, did not succeed. If there is a chance to contact someone, please let them know we cared. If there is a familymember who wants to contact is, let them feel free to do. We would be honoured.

From time to time we place flowers for him on the war cemetery in Margraten in the Netherlands. On the picture my son with flowers for Lewis

Best wishes out of the Netherlands,
Van Vliet Family 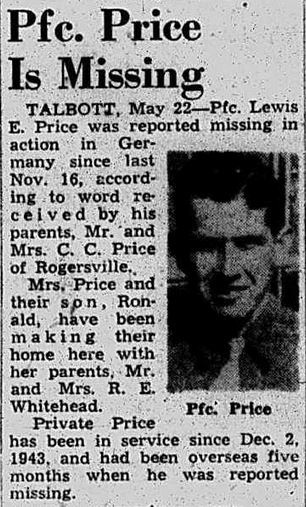 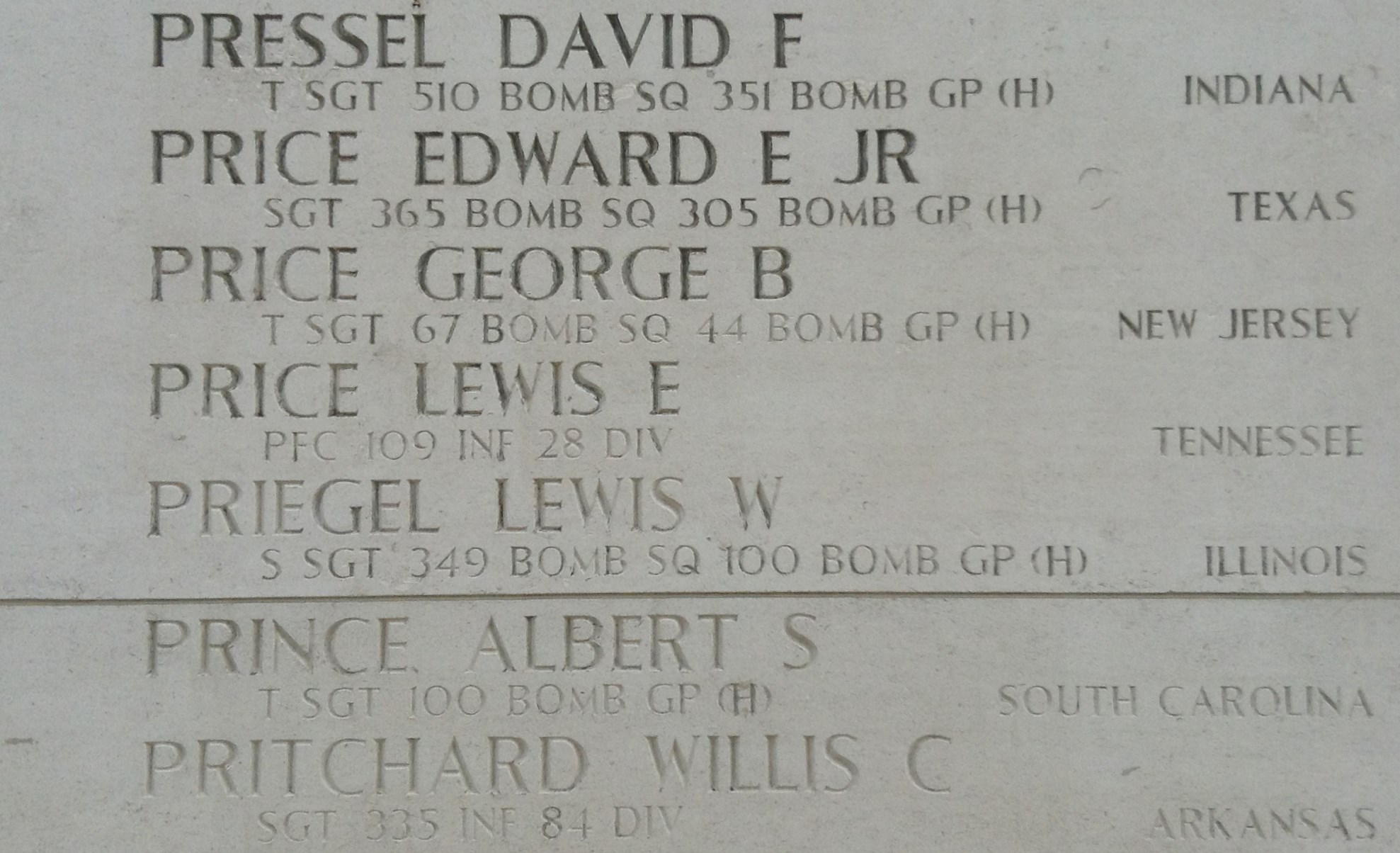 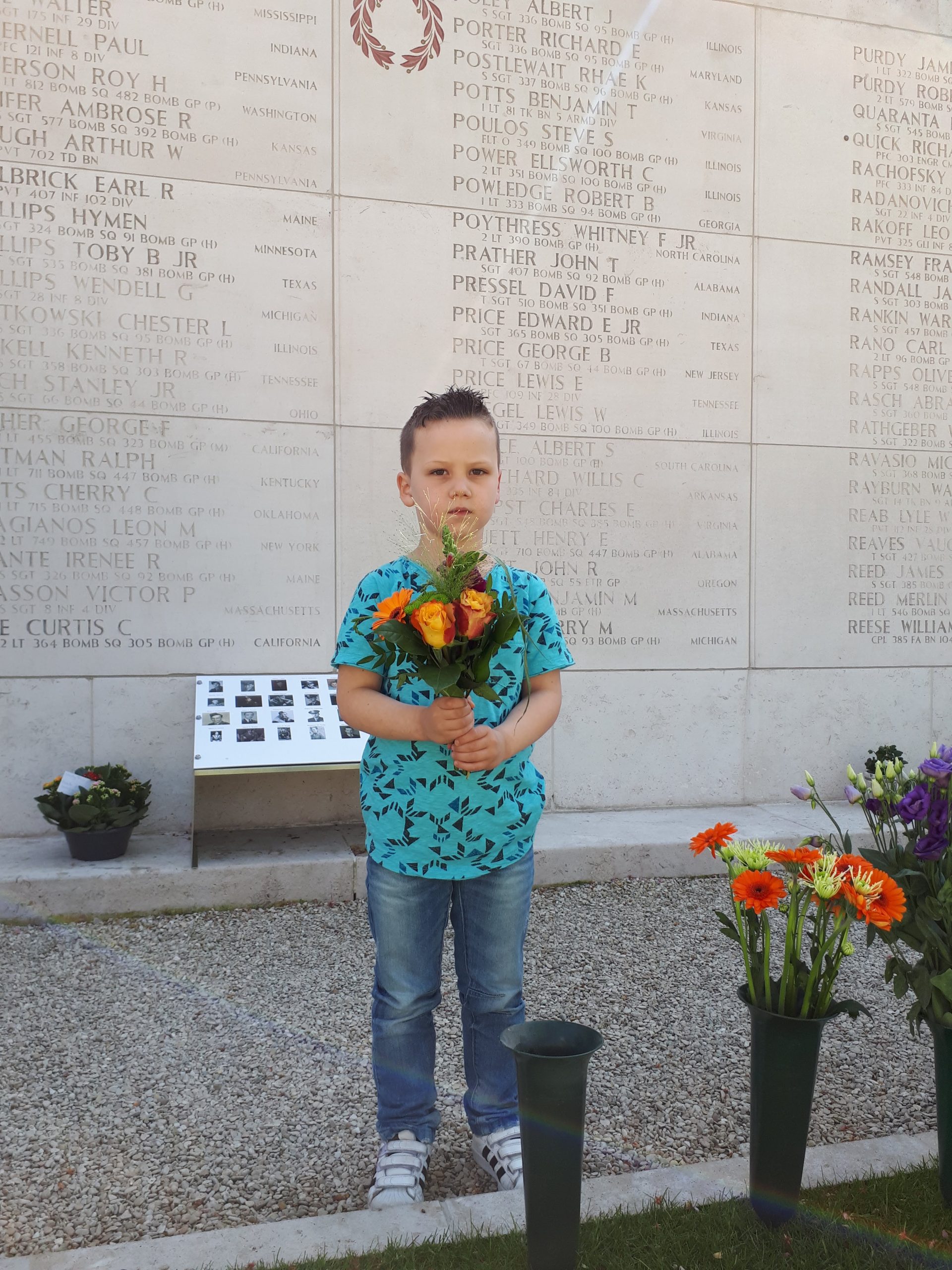