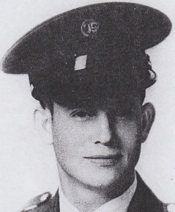 Second Lieutenant Lewis Brogens was born on January 16, 1923 in Anderson County, Tennessee. He was the son of Grover Cleveland and Viola Hutcheson Brogens. His siblings included three sisters, Ruby, Ruth, and Blanche, and four brothers, Conda, Ulis, Clyde, and John. Prior to joining the military, he worked in automobile manufacturing. He enlisted for service in World War II on September 5, 1940 at Fort McPherson, Atlanta, Georgia. Following his service in World War II, he served in Korea in the 5th Cavalry Regiment, 1st Cavalry Division, and was killed in action on July 24, 1950 at Yongdong, South Korea. He is buried in Sunset Cemetery. 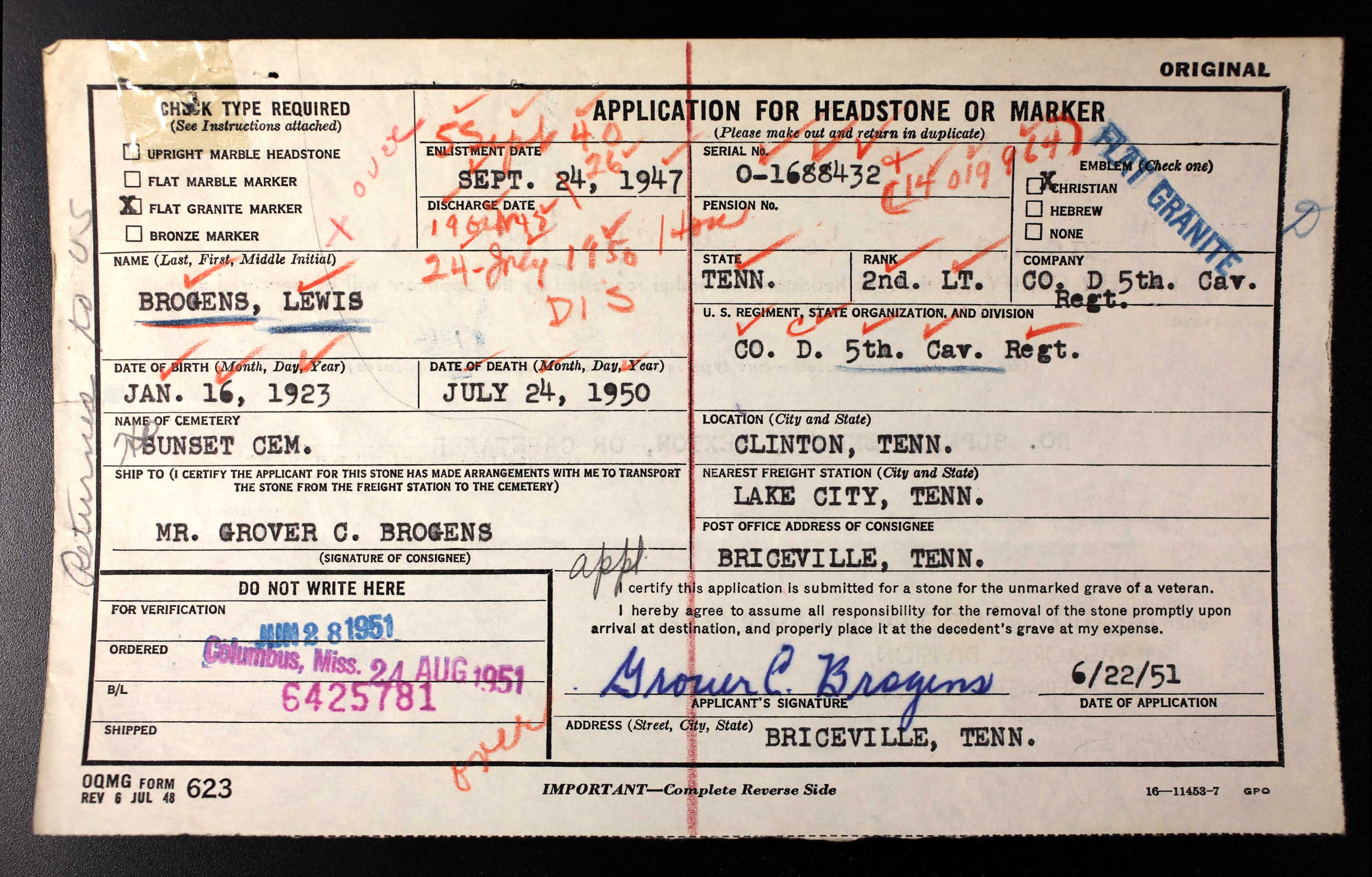