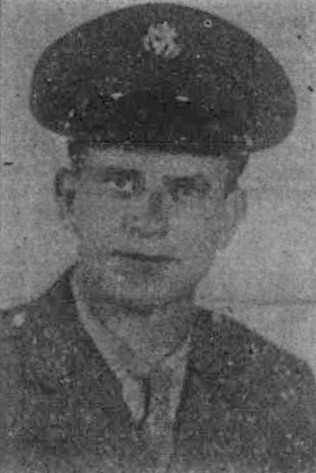 The Plain Talk and Tribune,  September 20, 1948
The body of Pfc. Lester Phillips, 26, will arrive in Newport today on Number 27 at 7:21 p.m.
Pfc. Phillips enlisted in Dec., 1942 and went overseas Sept. 1943. He served in Australia four months, and was then sent to New Guinea. After being stationed there for nine months, he went to the Philippines. On October 25, 1944, his ship was it by an enemy bomb. Lester and two other boys were killed. His family have received the Purple Heart, also letters of sympathy from General Douglas MacArthur and Henry Stinson, Secretary of War.
Pfc. Phillips is survived by his wife, Mrs. Lucy Porter Phillips, mother Mrs. Bernice Phillips, brothers Eulas Phillips, all of Greeneville, Tenn., Roby Phillips, Crosby and sister Mrs. Herman Partin also of Greeneville. The Phillips family formerly lived on Crosby having moved to Greene county several months ago. 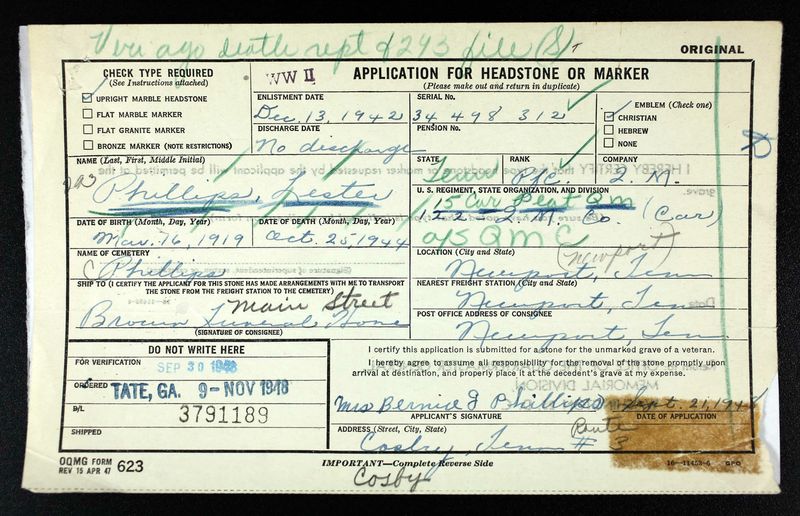