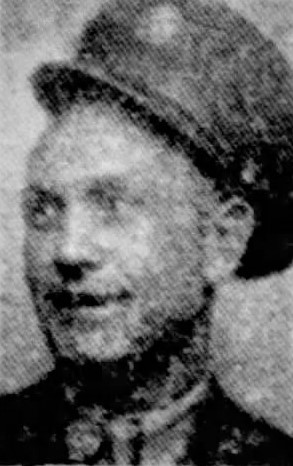 Private Lester F. Blalock was born on March 13, 1910 in Polk County. He was the son of Aus and Leavie Blalock. He had three sisters, Bessie Blalock, Maude Blalock, and Hattie Blalock. He had three brothers, Hoite Blalock, Clifton Blalock, and Clarance Blalock. By 1920, he was living with his family in Knox County. He married Mary Mae Blalock and the couple had one son, Harold Vinxon Blalock, on October 14, 1929 in Sugar Valley, Georgia. In 1930, Private Blalock was living with his wife and child in Sugar Valley, but he moved back to Knox County before joining the military. 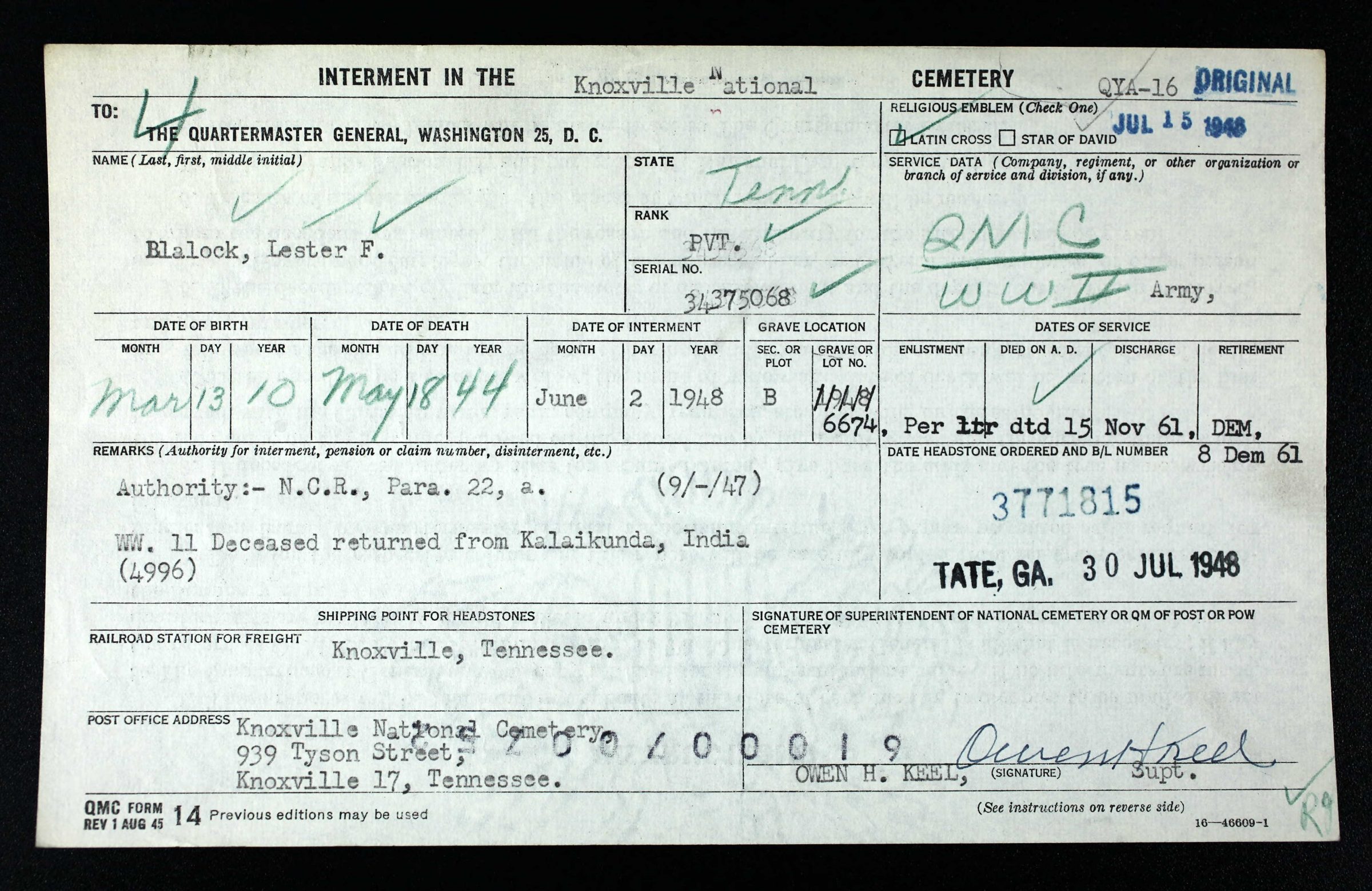 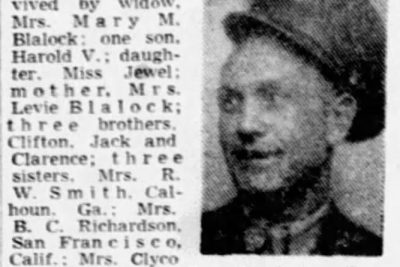 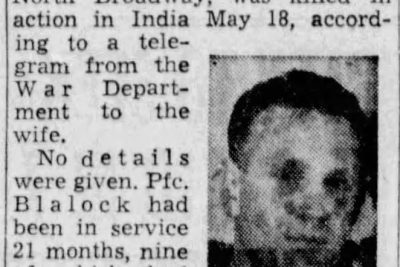