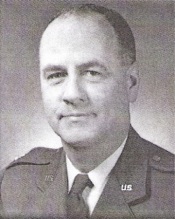 Biography
Lieutenant Colonel Leslie Earl Harris was born in Gary, Indiana. He grew up in Chattanooga, Tennessee, and attended Baylor Preparatory School. He attended the University of Chattanooga, his freshman year, and then Purdue University and enlisted in the U. S. Army during World War II. He served in the India, Burma Theatre of operations in the Army Engineers achieving the rank of Master Sergeant. Prior to the end of the war, he received a Congressional appointment to attend West Point by Representative Estis Kefauver of Tennessee. He entered the Academy in the fall of 1945 as a plebe following three months attendance at Cornell University taking preparatory classes. He graduated from the USMA in the summer of 1949 and due to his desire to fly, he elected to take a commission in the Air Force. He was commissioned as a 2nd Lieutenant and began flight training at Goodfellow Air Force Base. There he met his wife to be, May Hemphill, the granddaughter of the founders of Hemphill-Wells Deparment Stores. She was a divorcee with a five year old son. They married following his graduation from flight school in May 1950. He adopted her son, William Paul Scooter Harris.

He became a bomber pilot and was one of the first pilots trained in the B-50. In 1951, he was involved in a crash of a B-50 in the U.K. and walked away. He served as a bomber pilot in the Korean War and spent the following years in the Air Force with the Strategic Air Command.

He completed the requirements for a MBA at Georgetown University in Washington, D.C. He was also selected to attend the Air Force Command and General Staff College. He served as an assistant to the Chief of Air Force Operations Planning and Training at the Pentagon for four years. He then began a tour in Vietnam, and his wife re-located back to San Angelo while he was overseas. His tour began on May 21, 1967.

He was assigned as the operations officer for the 4th ACS, 14th ACSSOW, 7th Air Force. On May 5, 1968, he was the commander of an AC-47D that was flying a spooky mission near Pleiku supporting ground troops. The aircraft received ground fire and was shot down and all aboard the aircraft perished. He was two weeks from completing his Vietnam tour.

He was buried with full military honors at the Fairmount Cemetery in San Angelo, Texas. He was survived by his wife and his son, William P. Harris, who was a student at Texas A&M. He was also survived by his mother, Mrs L.E. Harris of Chattanooga, and his sister, Mrs. J. D. Stephens of Cleveland, Mississippi. Harris Hall at Goodfellow AFB in San Angelo, Texas was named in his honor in 1985.

His beloved wife May died in 2007 and now rests next to him.