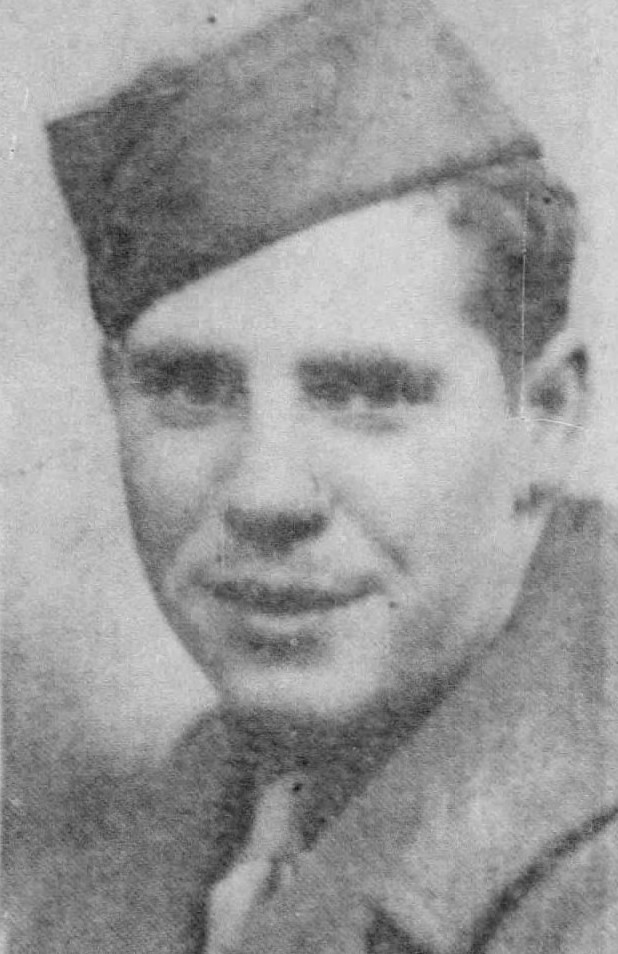 Leroy Richard Thomas was born in Knoxville, Tennessee. He enlisted on May 21, 1943, in Fort Oglethorpe, GA
-Buried at Luxembourg American Cemetery in Luxembourg City, Luxembourg, C, 4, 1

The Knoxville News-Sentinel, January 29, 1945
Pfc. Leroy R. Thomas, who fought in The News-Sentinel Golden Gloves tournament, has been killed in action, according to a wire received by his cousin, Mrs. Pearl H. Rockwell, 1019 State Street. Pfc. Thomas, who made his home with his grandmother, Mrs. Annie woods, 107 W. Main Avenue, had a premonition that he was going to get killed, according to an uncle, so he gave his cousin’s address in order that she could break the news gently to his grandmother. Pfc. Thomas, whose father, Jim Thomas is a CEW employe, entered the Army May 28, 1943, when he was 18. He went overseas in September, 1943, and was killed Jan. 18, 1945
Pfc. Thomas was a two-fisted scrapper and was considered amont the better boxers in his class. 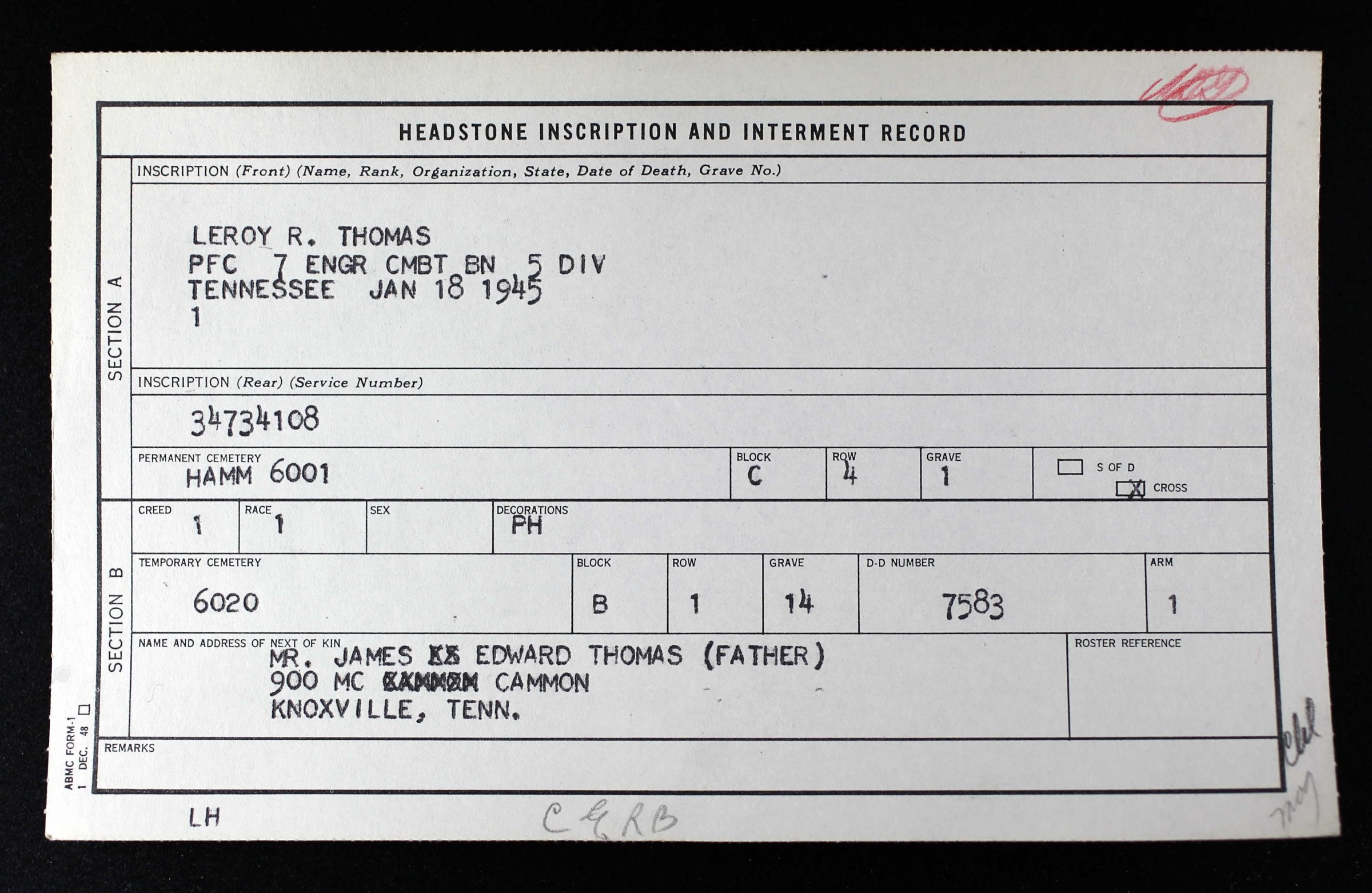 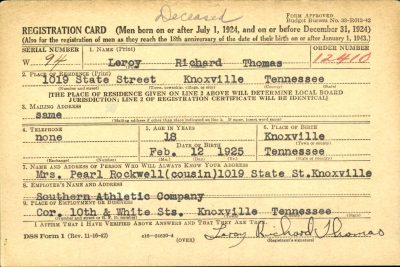 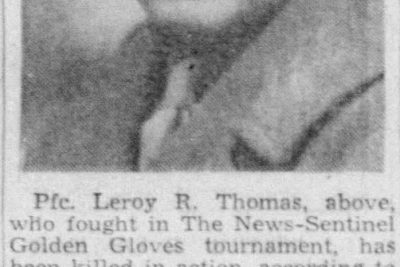