The Knoxville Journal, April 16, 1944
Staff Sgt. LeRoy Miller, son of Mr. and Mrs. G.N. Miller, 517 Atkin Street, has been missing in action over Austria, since March 19, according to information received by his parents from the War Department last Tuesday. Sergeant Miller – a nose gunnero n a medium bomber – had been in the Air Corps three years. He had been stationed in Italy fora bout four months. 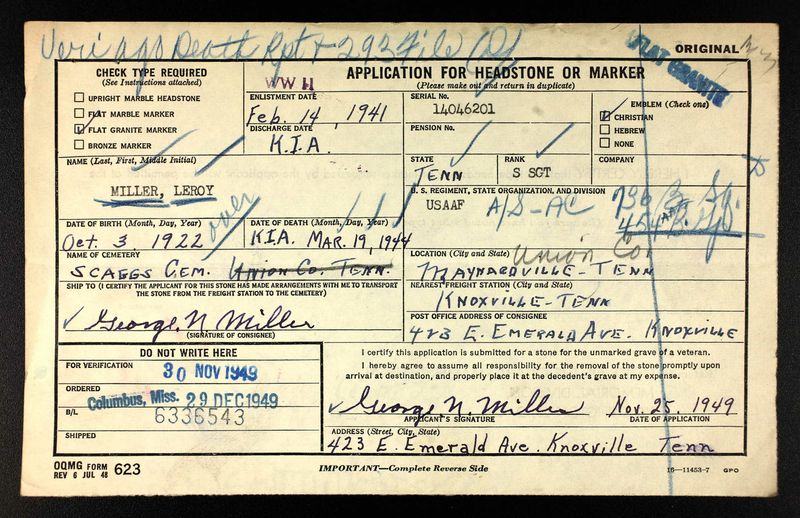 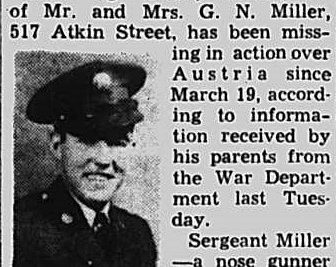