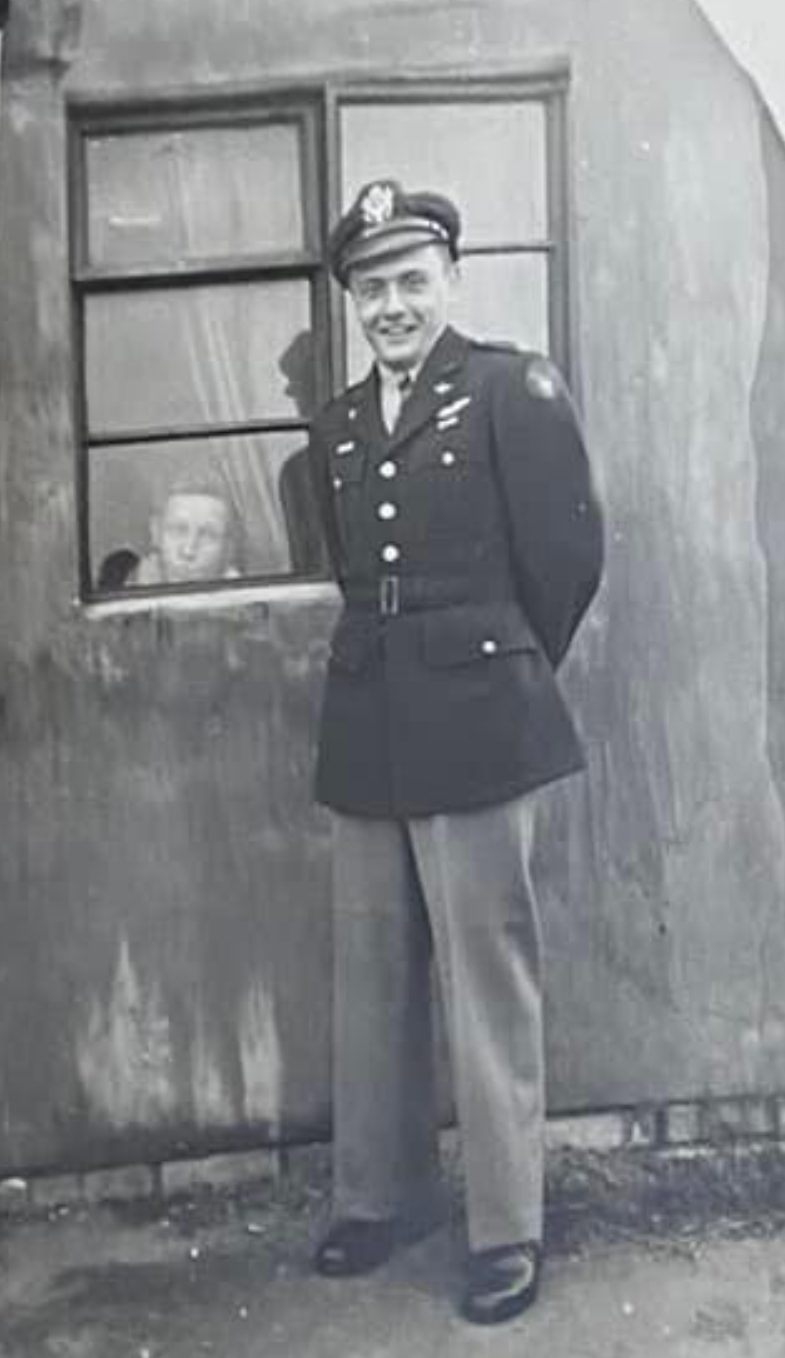 Aircraft B-17 with serial number 42-102471 was hit by flak in No. 2 engine at primary target area (Bohlen) at about 1243 hrs. A hole in the left wing was also seen at this time. The a/c fell back out of formation dropping down to cloud level at 22,000 feet, flew under control for another 25 minutes until lost to view. The airplane began to burn due to heavy battle damage. Lt Hyder held the ship level while the crew bailed out. The aircraft crashed at Zeitz, Germany.

March 24, 1949
Funeral service for Lt. LeRoy Hyder, killed in action over Germany on his twenty sixth mission as a Flying Fortress pilot on Sept. 11, 1944 will be held in First Baptist Church in Spring City. Lt. Hyder lease his widow, Mrs. Helen Hyder, Morristown; his mother, Mrs. Verna Hyder, 1617 White Avenue; one sister, Evangeline and a brother, Charles, both of Knoxville.
When his plane was disabled by enemy fire over Germany, Lt. Hyder stayed at the controls until his crew members parachuted  to safety. But the courageous 20-year-old pilot was killed in the explosion of the plane. 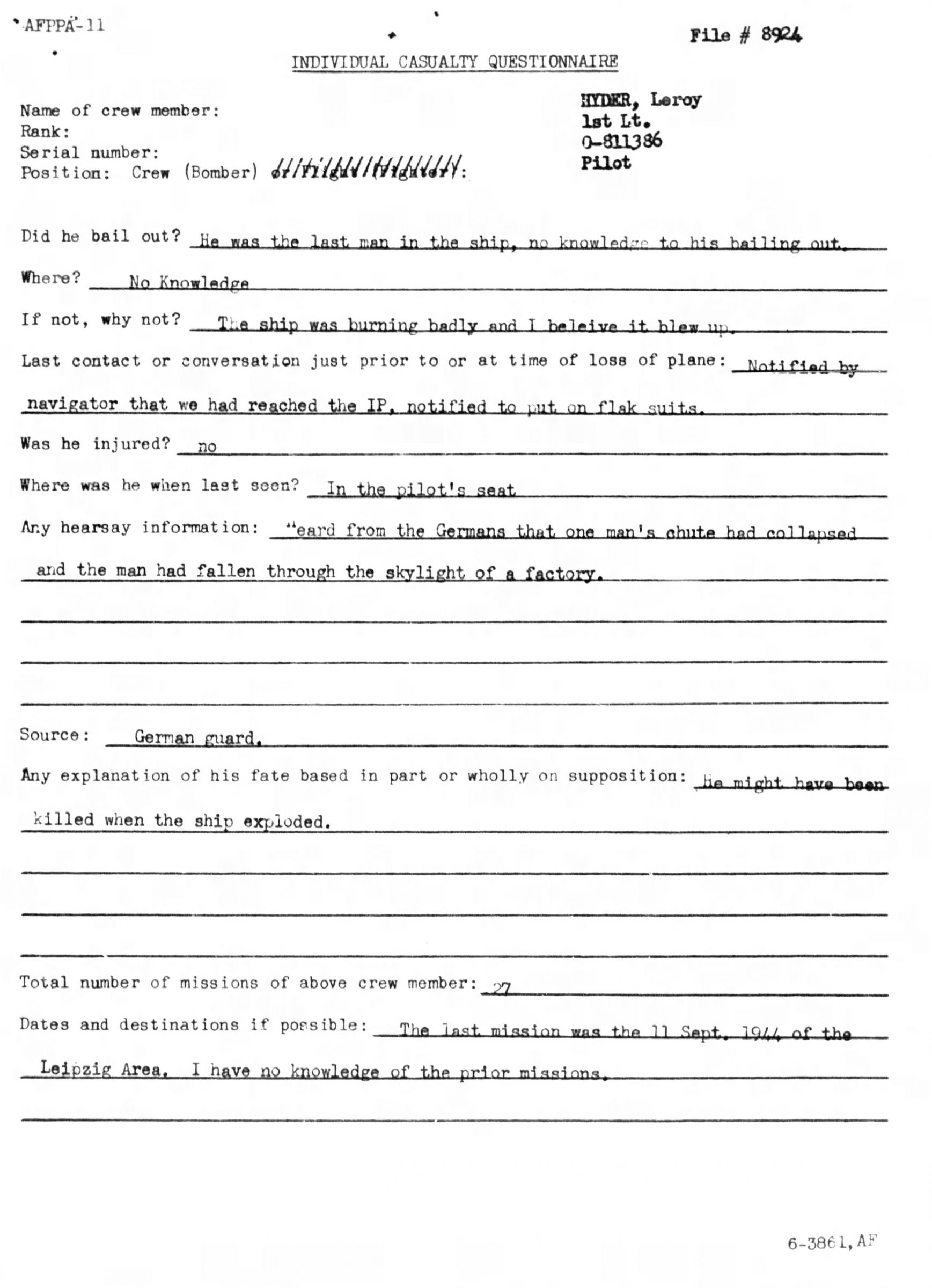 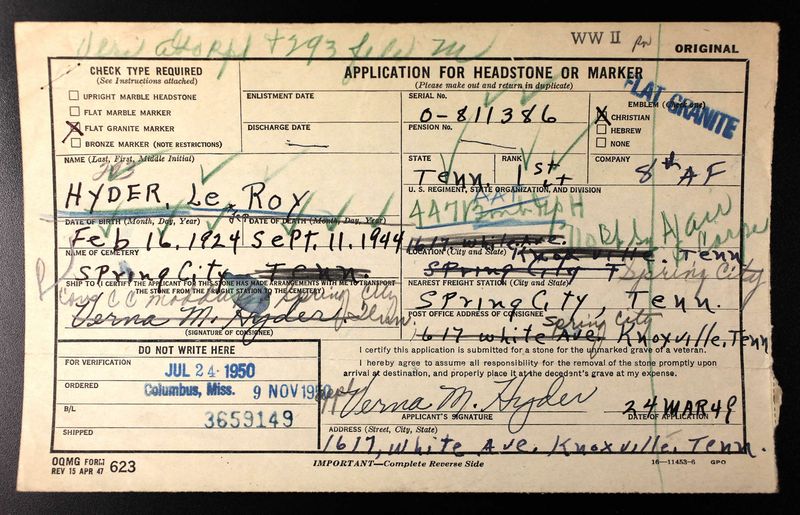 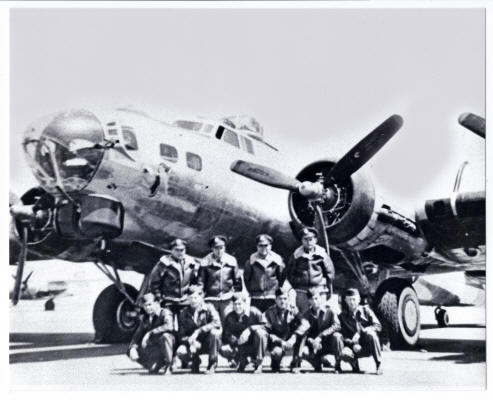 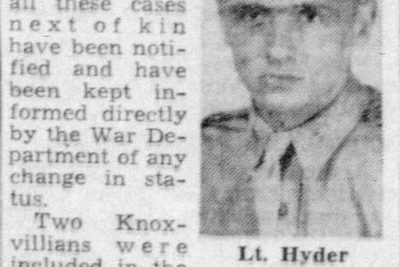 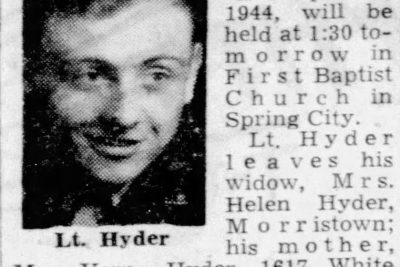