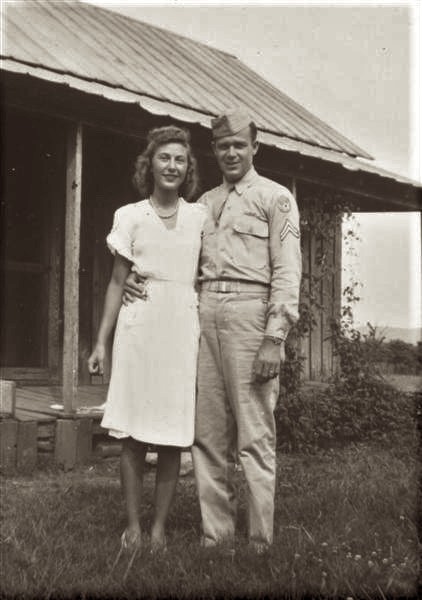 Aircraft B-17G with serial number 43-38423 departed from Cromer on a strategic mission to Misburg, Germany. At 1143 the aircraft was hit by direct flak and left the formation and jettisoned the bombs. No. 1 and No. 2 engines were feathered with no. 2 engine on fire. Flames were observed coming from the open bomb bays. The aircraft made a 180 degree turn heading northwest. It was last seen in a left hand spiral at 10,000 feet. Two bodies were seen to fall from the aircraft, however no chutes were seen. The aircraft crashed at 1150 at Ruhwarden i. Oldenburg, near the Tossener Deich, 1 km northeast of Wilhelmshaven. According to a crewmember Sgt Cole bailed out through the waist door, but his chute was not seen by other crew members, and it is assumed that it did not open.

He is buried at the Netherlands American Cemetery, Margraten, O, 17, 14. 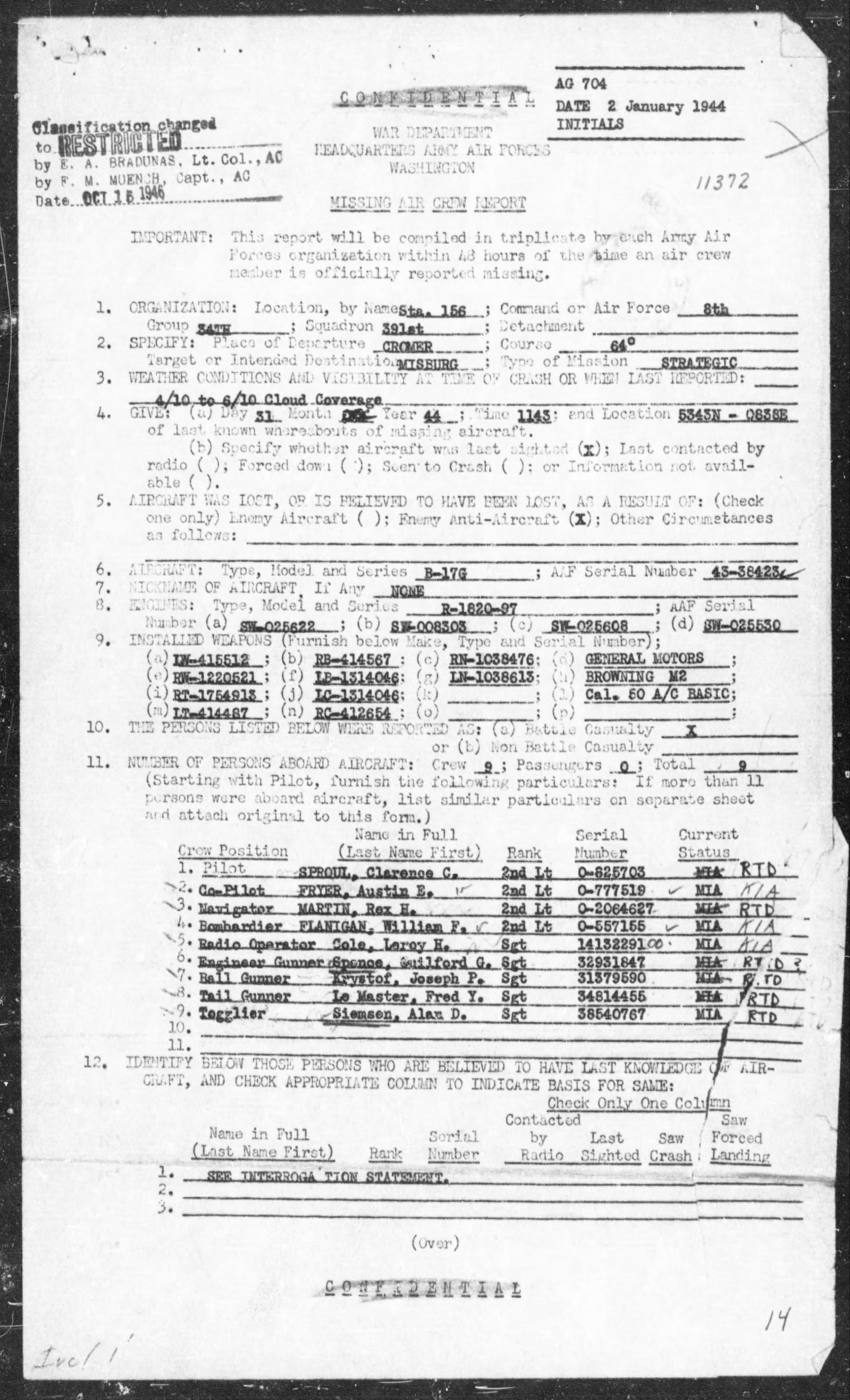 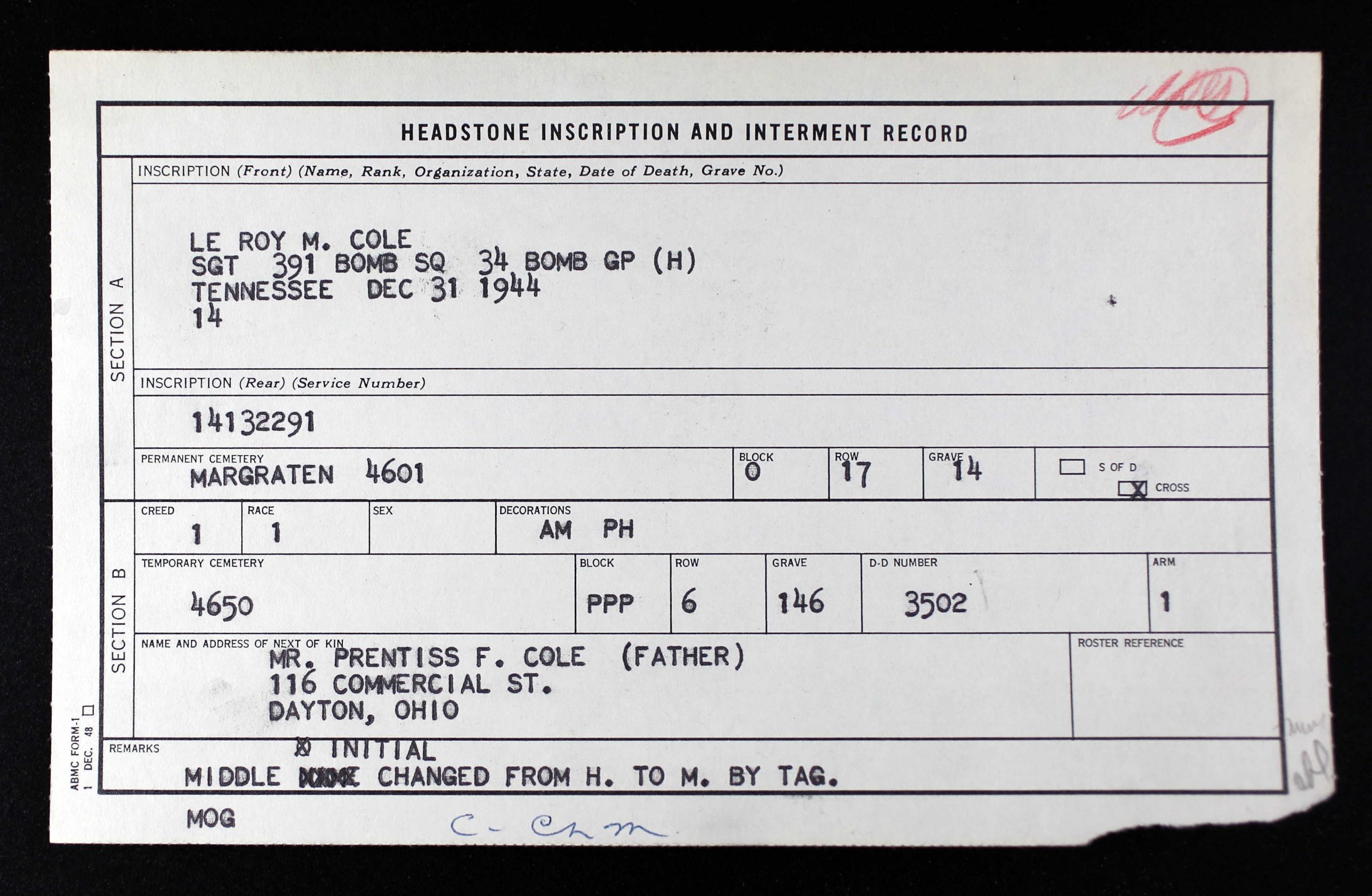 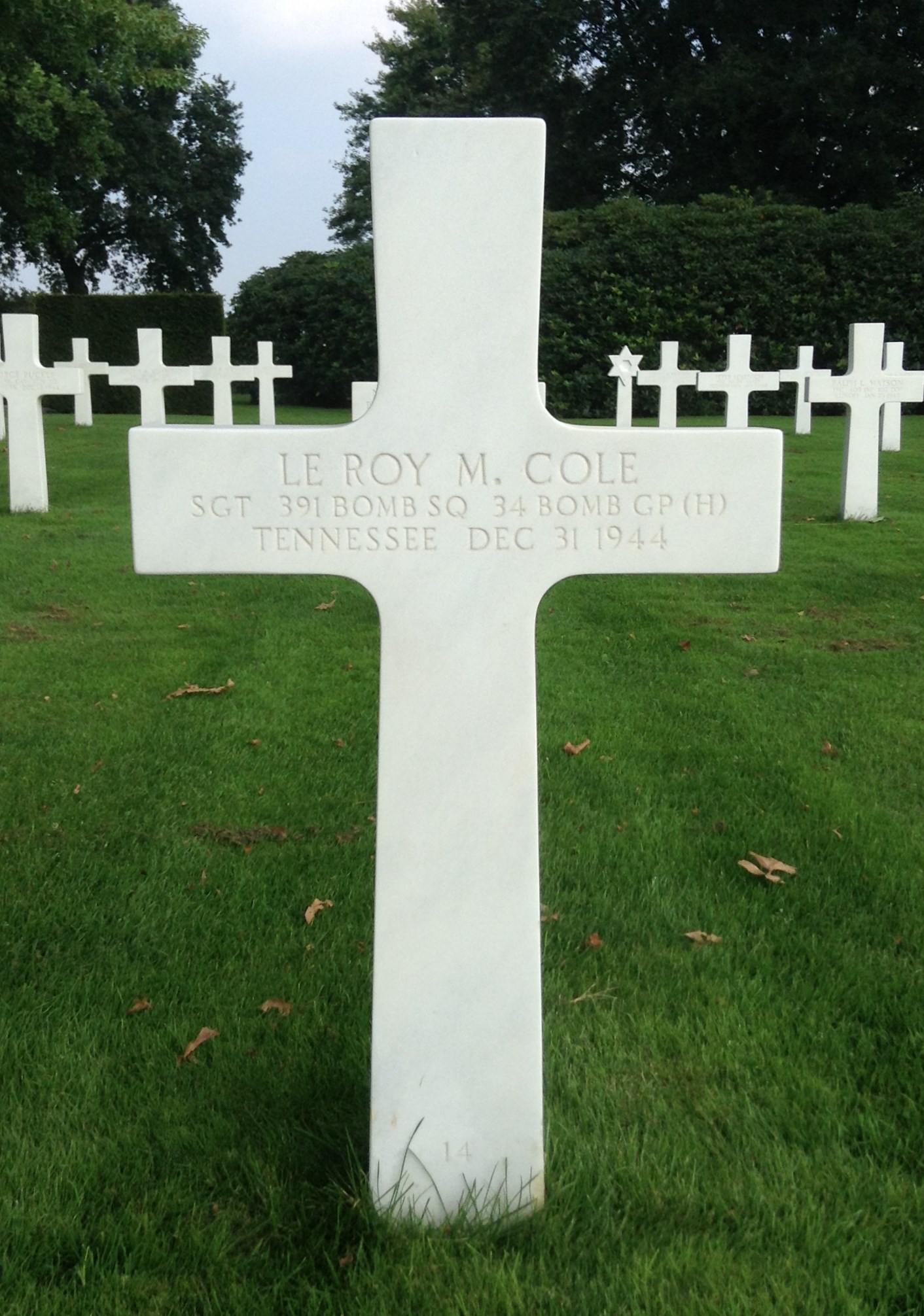 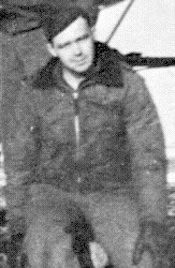 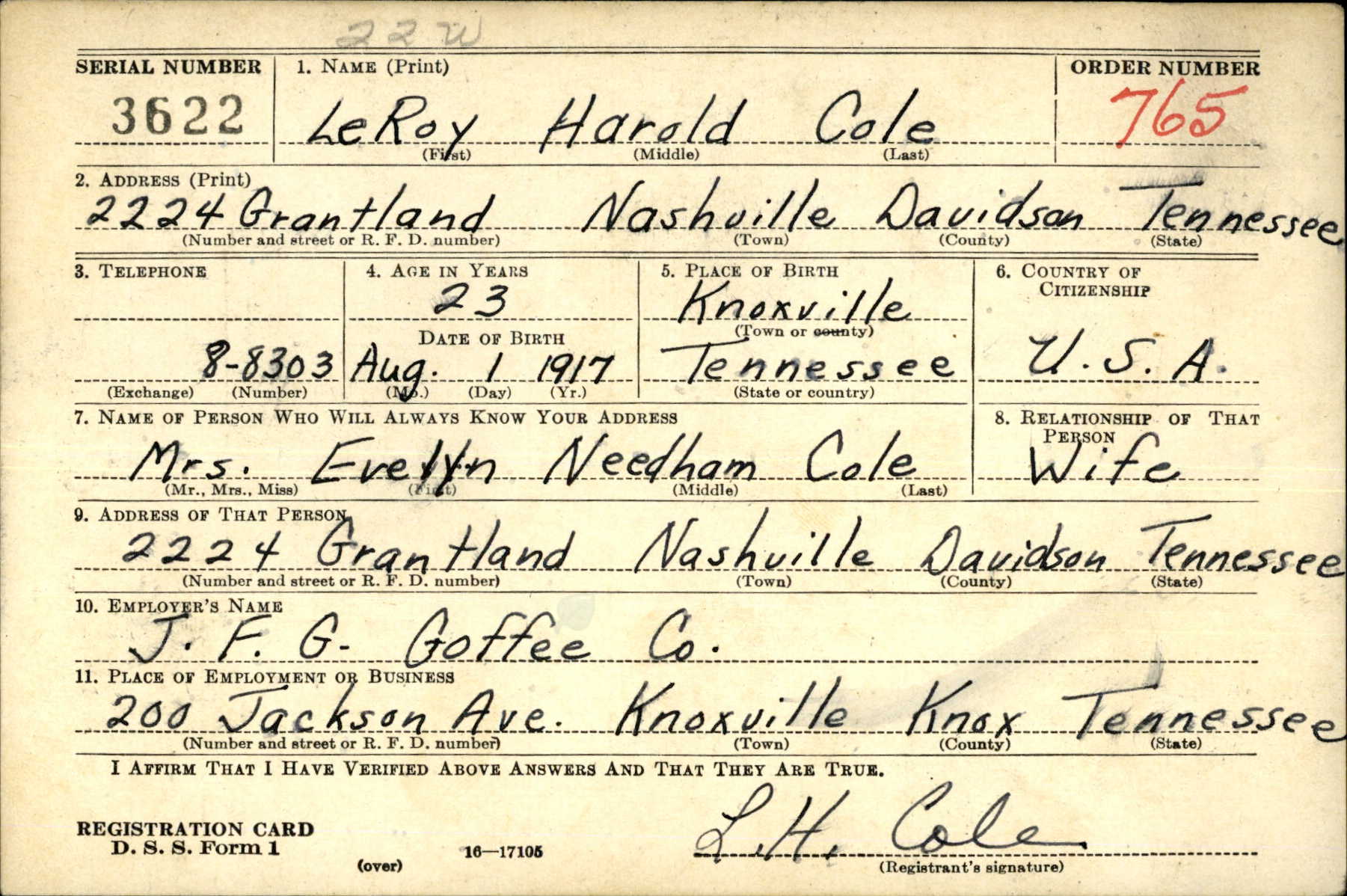