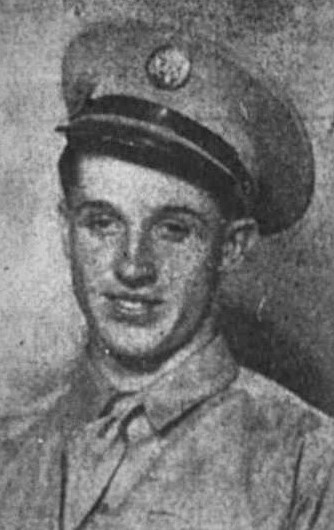 LeRoy Brobeck was born in 1926 in Tennessee to Carl S. Brobeck and Aubra Eulala Looney.

Private LeRoy Brobeck was assigned to the 157th Infantry Regiment, 45th Infantry Division. At the time of his death the 157th was invoved in fighting on the Philippsbourg-Neuhoffen-Obersteinbach Line. He was killed in action on 1 January 1945 and is interred at A,25,18, Epinal American Cemetery, Epinal, France.

Rogersville Review, February 15, 1945
Pvt. LeRoy Brobeck, son of Mr. and Mrs. C.S. Brobeck of Surgoinsville was wounded in battle in France some time in November. His parents received the Purple Heart some time ago. He was returned to duty on December 31 and was killed in action on January 1. Private Brobeck, age 19, entered the service in December, 1943. He was with the 7th infantry division and had been overseas 7 months. 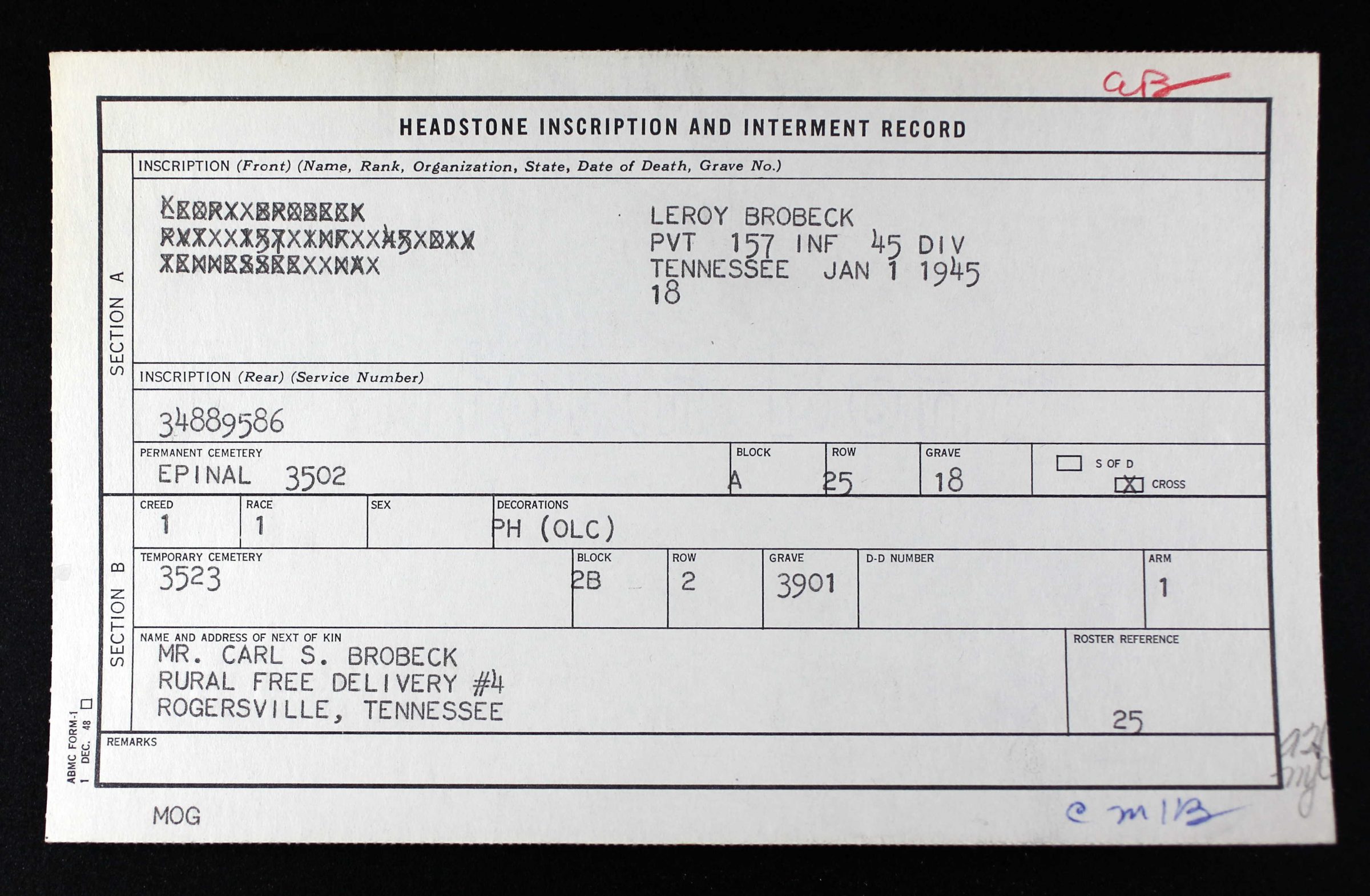