The Knoxville Journal, November 4, 1944
Pfc. Charles L. Wright, husband of Mrs. Dora Wright of Corryton, was killed in action in Italy, Oct. 3, according to information she has received. Private and Mrs. Wright have two sons, Charles and Garry Lee, both at home. He was the son of John R. Wright, also of Corryton. Two brothers, Pvt. Callaway Wright and Pvt. Deadrick Wright, are in the service. Callaway is overseas and Deadrick is Stationed in Louisiana. Charles had been in the service 23 months and overseas 12 months. 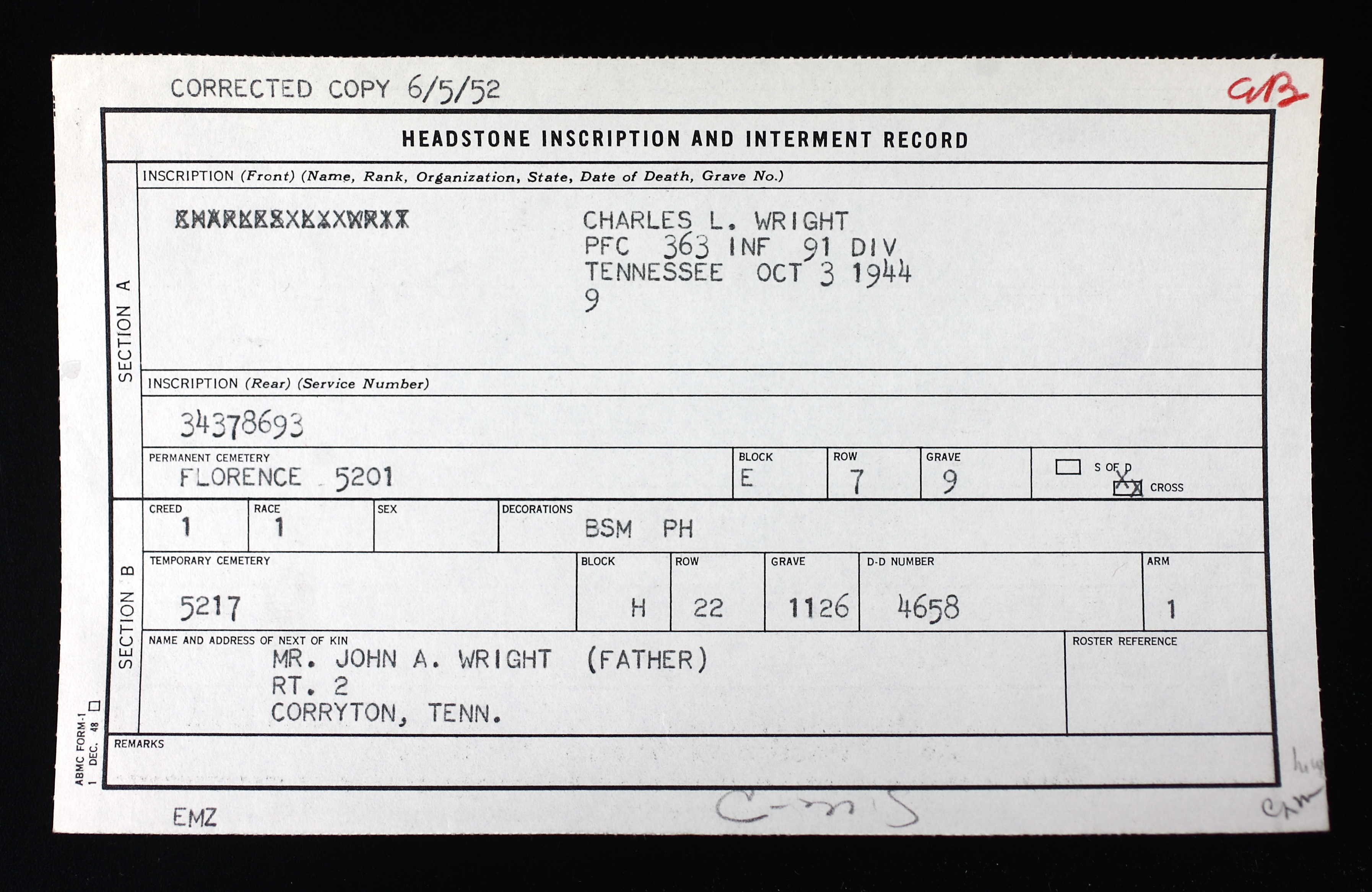 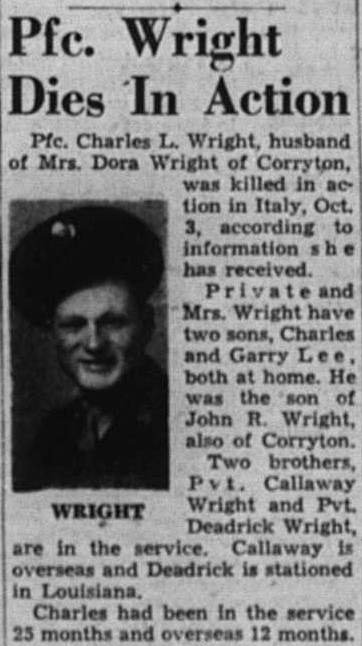