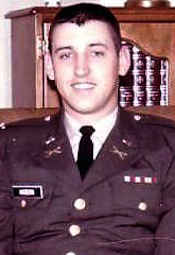 Gary Gresh
greshg@bellsouth.net
Friend
103, Mary Place,
Flat Rock, NC., 28731, usa
lest we forget
Tom Higdon died in my arms on my birthday, May 21, 1970, on Firebase Bastogne, 1327 Infantry, 101st. He was a great guy and his death affected me profoundly. He was killed by random incoming mortar fire at midday on the 21st. Several of us tried to save Tom by placing him on an army mule, the wheeled variety, and tried to get him to the helipad, for medivac. He never made it to the pad. He was trying to tell me something as he died, but I could not make out the words. Somehow I’m sure, it had something to do with his wife and I tried so hard to hear his words, but the entire firebase was on fire, and more rounds, were still incoming and I could not hear him. I know he loved her very much and he talked of her a lot. We should never forget, his sacrifice. He died, on his second tour in viet and I miss him.
Wednesday, October 17, 2001