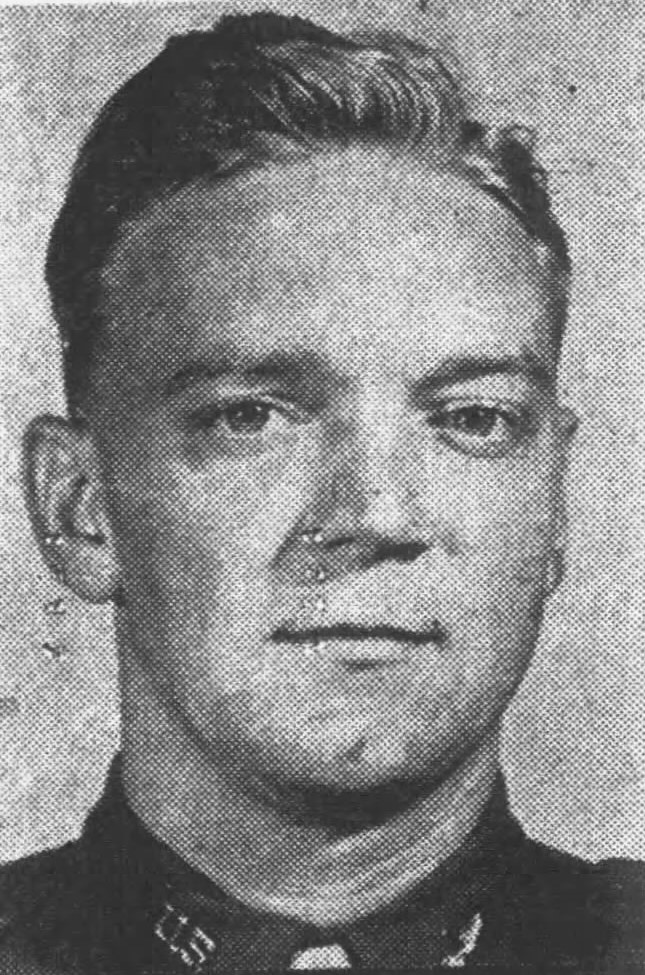 Statement from T/5 Edward Knizdor, food pusher of 3841st Q.M. Truck Co., sole survivor of crash of aircraft 43-15403.
We had taken off from Dinjan, India, with a load of food sacks, which were piled on both sides of the interior of the fuselage. I was sitting on a pile of sacks along the right side of the fuselage, near the rearmost window.
We had not yet reached the target, and were flying at low altitude above the terrain. The throttles were pushed forward suddenly, and the pilot tried to gain altitude. The ship swung sharply to the right, and I saw from the window that we were going to hit on the side of a hill to the right of our original course.
The ship hit on its belly, with the nose pointing uphill. I was dazed but still conscious, pinned down by the food sacks but with one leg free. A Chinese patrol, which must have been nearby, came to the ship – I finally attracted their attention by kicking the side of the ship with my free foot. They cut me fee with axes after an hour´s work, during which I received cuts on the back. There was no explosion at the time of the crash, but the whole front end of the ship burned and I could feel intense heat on my free leg while I was being extricated. The Chinese brought water and prevented the fire from reaching me.
The Chinese made a litter, carried me to a small shack nearby, and gave me some tea. Later, they carried me to the company aid station, then to the 13th Medical Battalion, where I stayed for more than a week before being moved out. My left leg, lift side and back were very badly bruised and strained and still cause pain.
A Captain, Medical Officer of the 13th Medical Battalion, whose name I do not know, told me that he had witnessed the burial of the other five members of the crew near the crashed plane. He said he had found identification for each man.
Weather at the time of the crash as good, with blue sky and sunshine.

The Chattanooga Daily Times, 9 July 1944
Reported killed in action is Lt. Leonard R. Colville, son of Mrs. Cora Colville, 211 Woodrow Avenue. Lt. Colville, 24,  entered the armed forces in October, 1941, and had served for some time with the India-China Wing Transport Command. He has been missing since June 11, when he was reported missing on a flight in action over the Adriatic area. He received his commission in Marianna, Fla. In March 1943. Before entering the army he was employed here by the Tennessee Valley Authority. 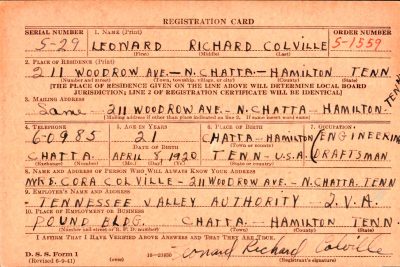 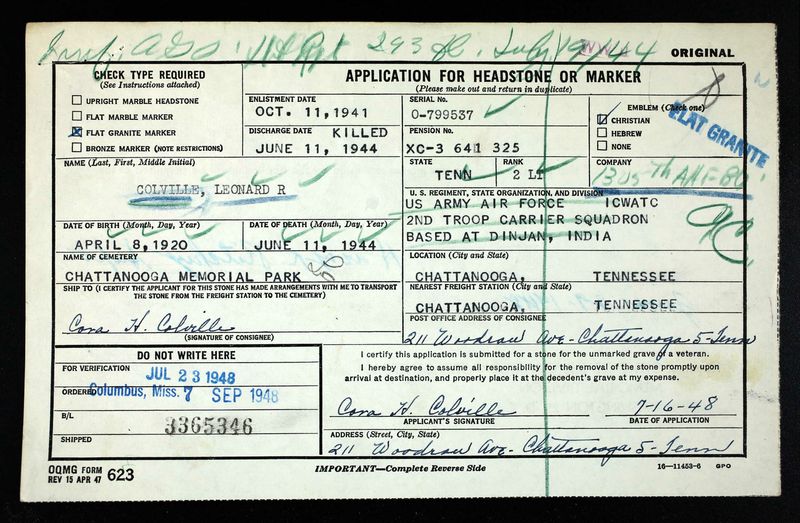 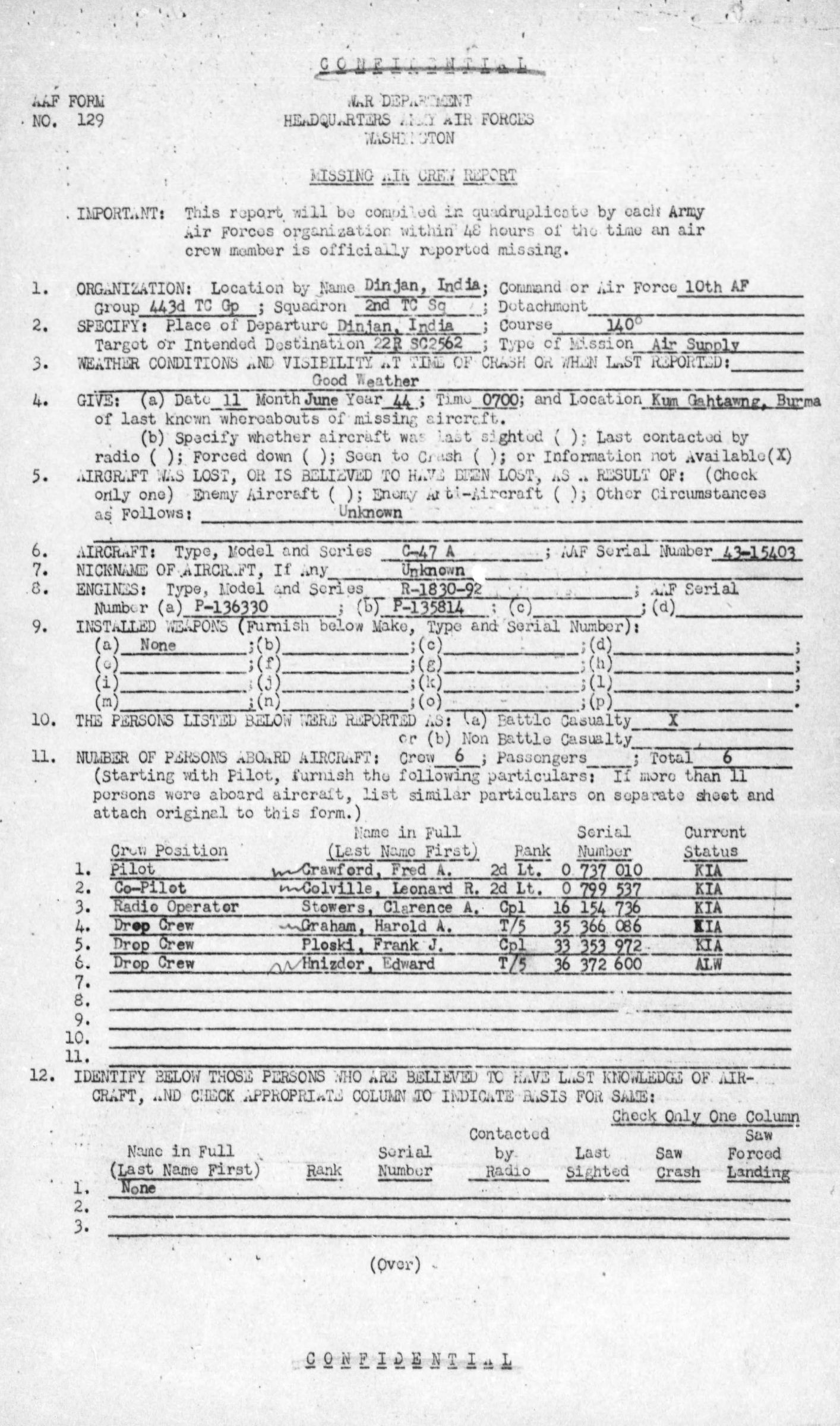