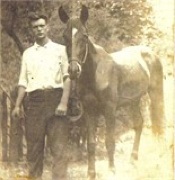 Leonard Francis Marine was born August 3, 1895 in Blount County. He was the son of Joseph Malhon Marine and Mary Ann Belle Whitehead Marine. He married Lou Emaline Payne in 1917 or 1918. Prior to joining the military, he worked on the family farm in Rasar, Tennessee.

After serving in World War I, Marine became sick with influenza during transportation back to the States and died at sea on October 2, 1918. He died only five days before the birth of his first son, Leonard Honely Marine. He is buried in Happy Valley Missionary Baptist Church Cemetery in Tallassee, Tennessee. 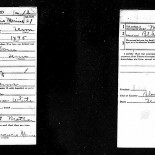 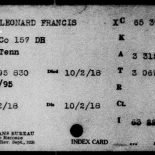