Aircraft B-24D with serial number 42-40790 departed from Dunkeswell Devon, England on a Antisubmarine Patrol mission. The area surrounding 4800N-1054W, in the Bay of Biscay, was under constant coverage before and during the time of the casualty and throughout the night of September 8, 1943. The aircraft dispersed to this area on the evening and night of September 8, 1943, were alerted to the facts of the casualty. 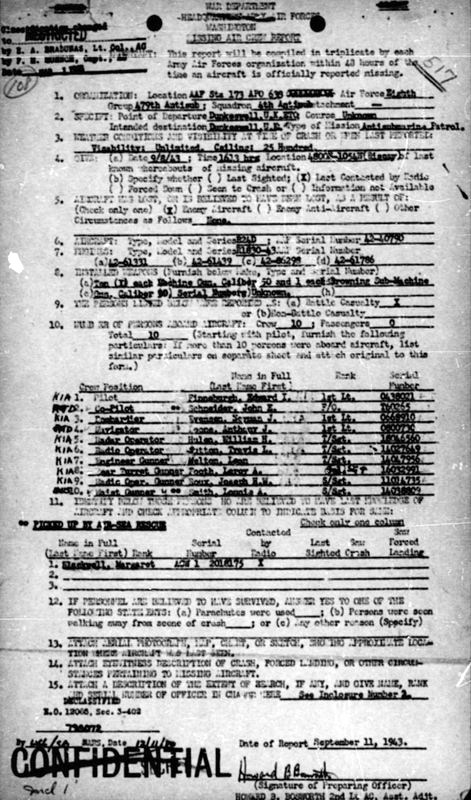