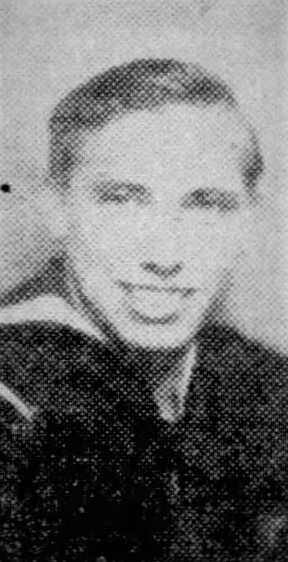 Leon Sapanas was killed on board the U.S.S. Curtiss (AV-4) due to enemy action. His remains were transferred to the U.S.S. Gosper APA-170 for burial. He is buried at Rocky Hill Cemetery, Knoxville, Knox County, Tennessee.

The Knoxville News-Sentinel, July 24, 1945
Seaman First Class Harold Leon Sapanas, son of Mr. and Mrs. Nick Sapanas, Route 14, was killed in action in June, his family has been notified. Seaman Sapanas had been in service two years and overseas 21 months. He saw action in most of the Pacific battles. He attended school at Blue Grass and Harrison – Chilhowee Baptist Academy, and was a member of Rock Hill Baptist Church. He was employed by his parents at the New Market Lunch on Market Square.
Besides his parents, he is survivied by one brother, Letheris Sapanas, with the Navy in the Pacific; and five sisters, Mrs. Lucile Henderson and Christine Sapanas, of Baltimore, Md., and Helen, Betty Jo and Marilyn of Knoxville. 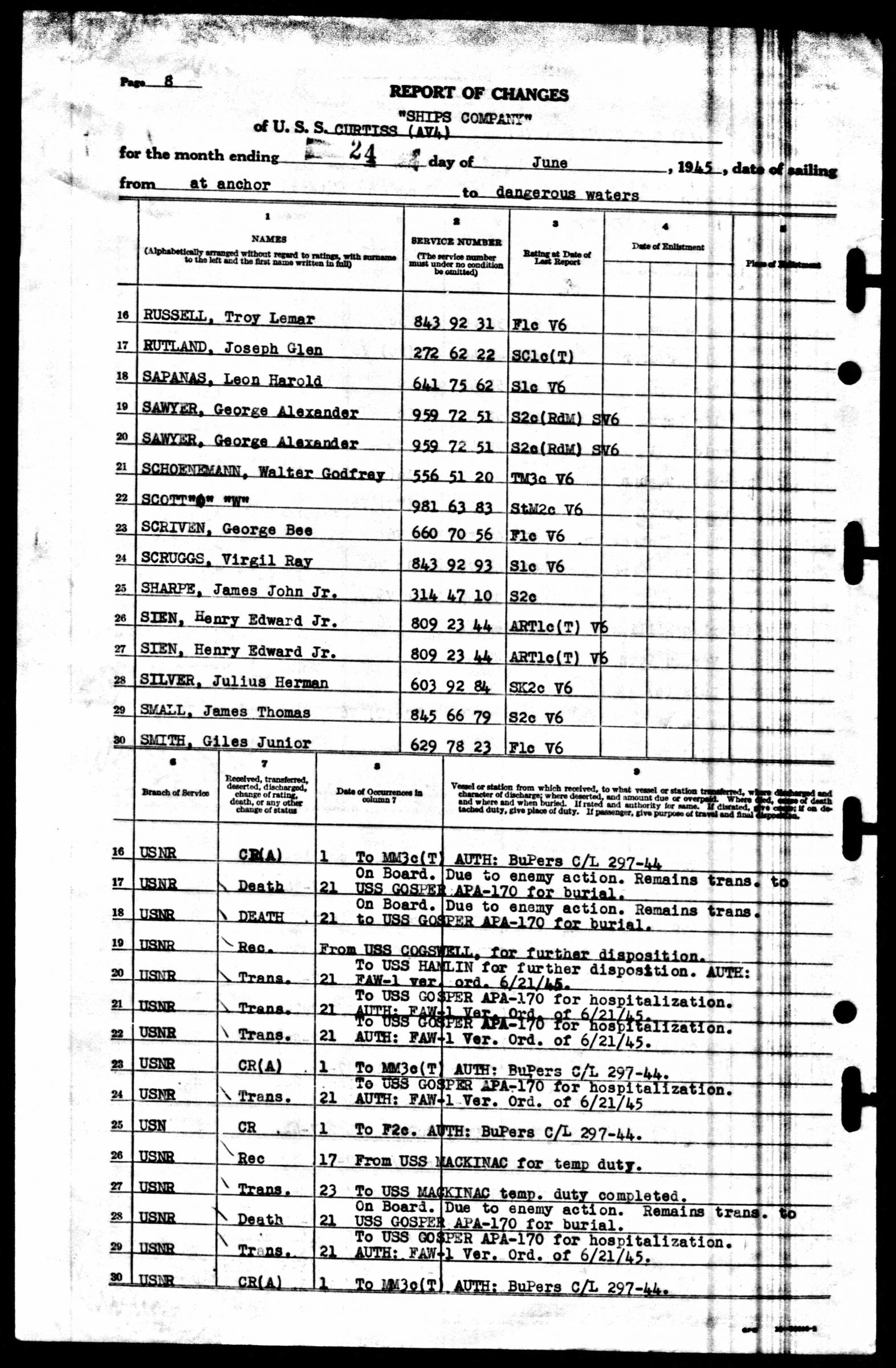 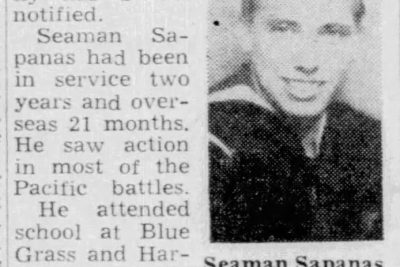 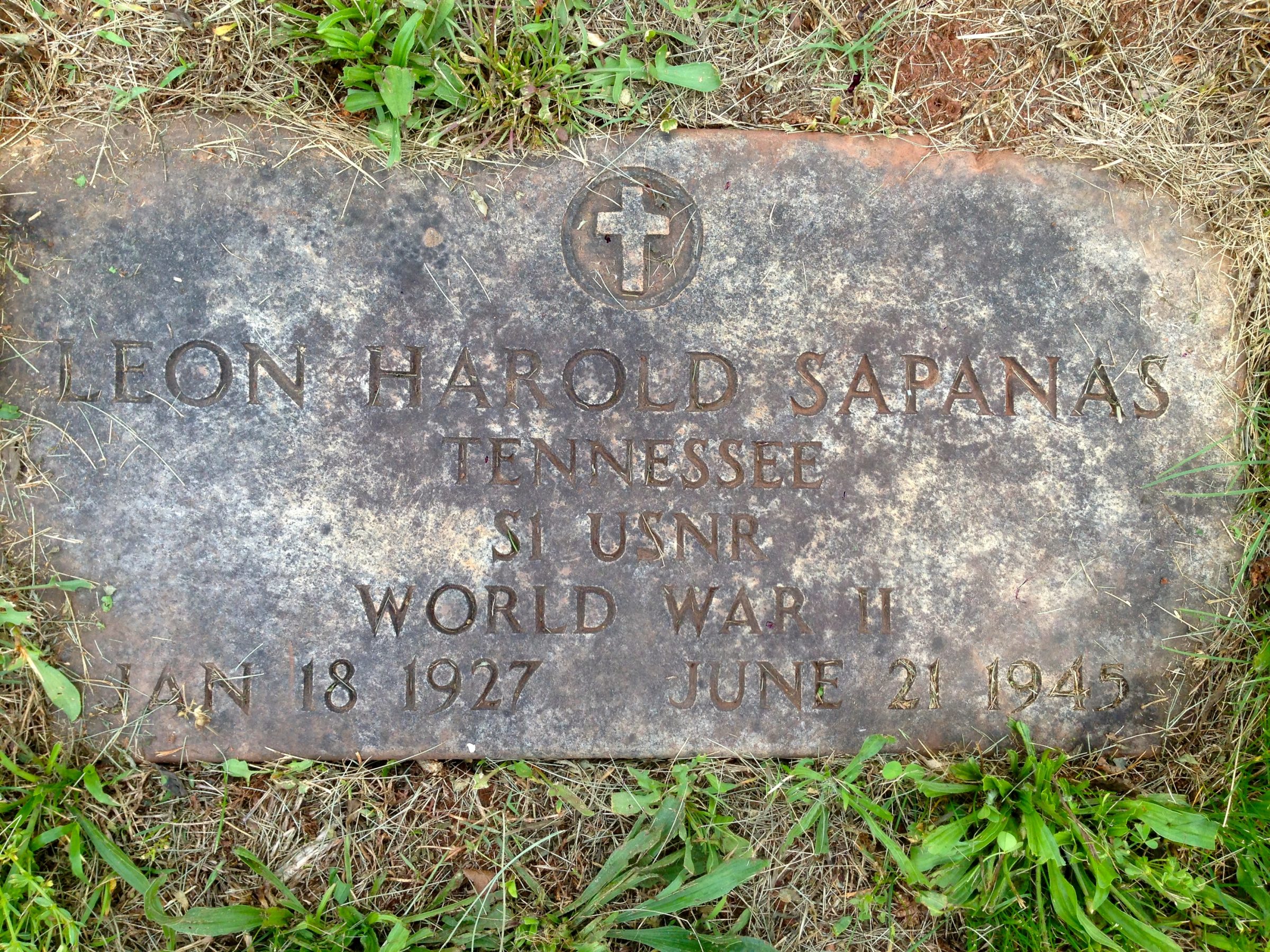