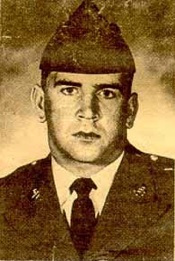 Private First Class Leon Edward Barnard was born on March 14, 1949, and was originally from Tazewell, Tennessee. He served his country in the Vietnam War in the United States Army, as an infantryman in B Company, 1st Battalion, 52nd Infantry, 198th Infantry Brigade, Americal Division. He was a one-year veteran of the Army when his tour in Vietnam began on March 20, 1969. Less than two months later, on May 31, 1969, PFC Barnard was killed while under hostile conditions in Quang Ngai province, South Vietnam; he was 20 years old at the time of his death. PFC Barnard is memorialized on the Vietnam Veterans Memorial on Panel 29W, Line 35.

Took him to Airport to go to Vietnam. Last thing I told him was “to keep his head down” that’s where a Viet Cong shot him behind his left ear.
–Submitted by his brother, Larry C. Barnard 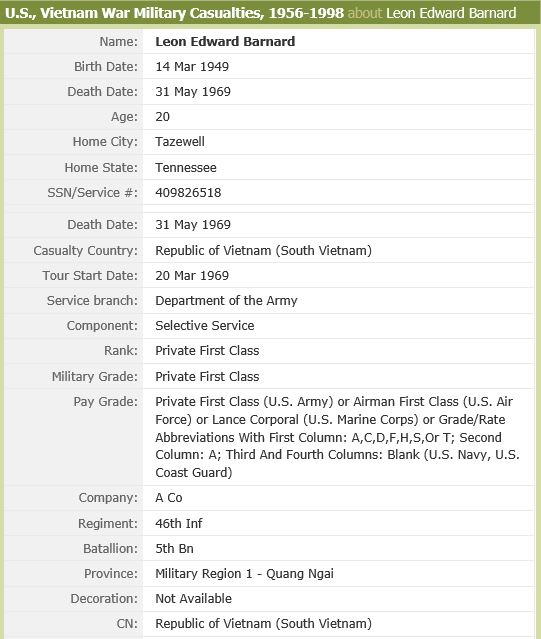