Corporal Kerr was a member of Headquarters and Headquarters Company, X Corps. He was Killed in Action while fighting the enemy in North Korea.

The Knoxville News-Sentinel, 26 November 1950
Cpl. Lee O. Kerr, 27-year-old World War II combat veteran and a former Rule High School student, has been killed in action in Korea, his wife was notified here last night. Mrs. Kerr lives with her parents, Mr. and Mrs. R.B. Hampton, 621 West Scott Avenue. Mr. and Mrs. R.R. Kerr, 1036 Marion Street, are the soldier’s parents. Mrs. Kerr said the telegram said Cpl. Kerr was killed in action Nov. 6. She had earlier received a War Department telegram that he was missing in action. Cpl. Kerr enlisted in the Army for service in World War II. He was discharged, then re-enlisted in 1948. He left California for Korea Aug. 31 and was attached to headquarters of the Tenth Corps when he arrived. The couple have been married four and a half years. They have no children. 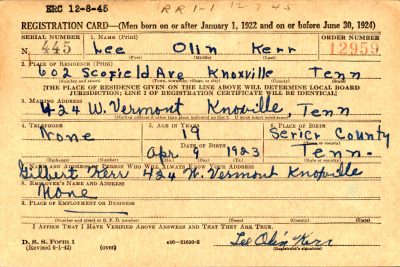 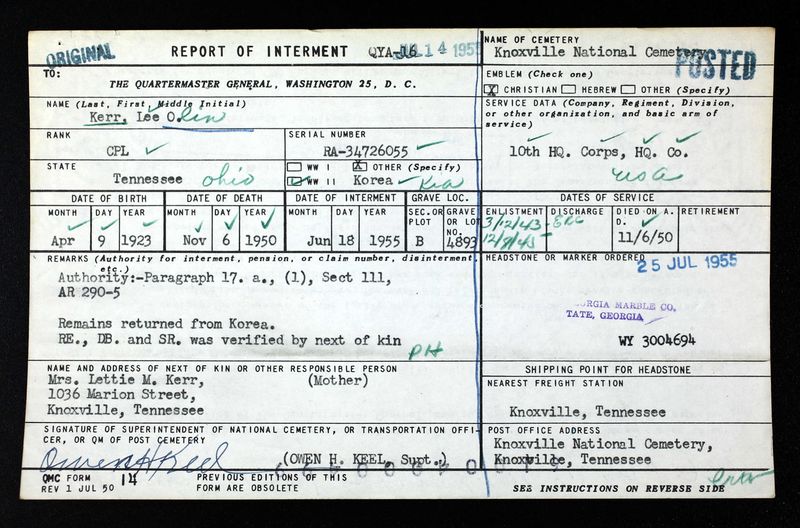 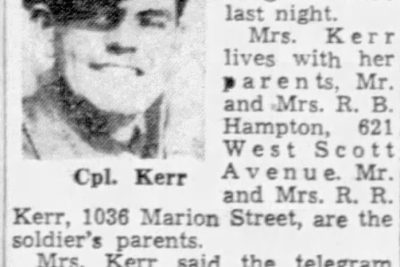