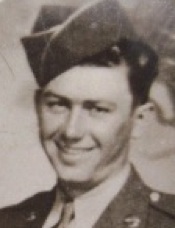 Pfc. Lee H. Cardin, son of Mr. and Mrs. Henderson Cardin of Tellico Plains R. 2, is reported as missing in action. Lee was serving with the 35th Division, a unit of Gen. Patton’s Third Army. He was in the Battle of Metz. He recently celebrated his twentieth birthday. Lee was a student at Tellico Plains High School at the time of his induction. He landed in England on July 1 and was in action in France July 14.

The Knoxville Journal, January 29, 1945
Mr. and Mrs. Henderson Cardin have been informed by the War Department that their son, Pfc. Lee H. Cardin, 20, who was previously listed as missing in action, was killed Nov. 10, near Metz.
He served with General Patton’s Third Army and participated in the Battle of St. Lo.
A former student of Tellico Plains High School, he entered the Army in August, 1943 and had been overseas since July. 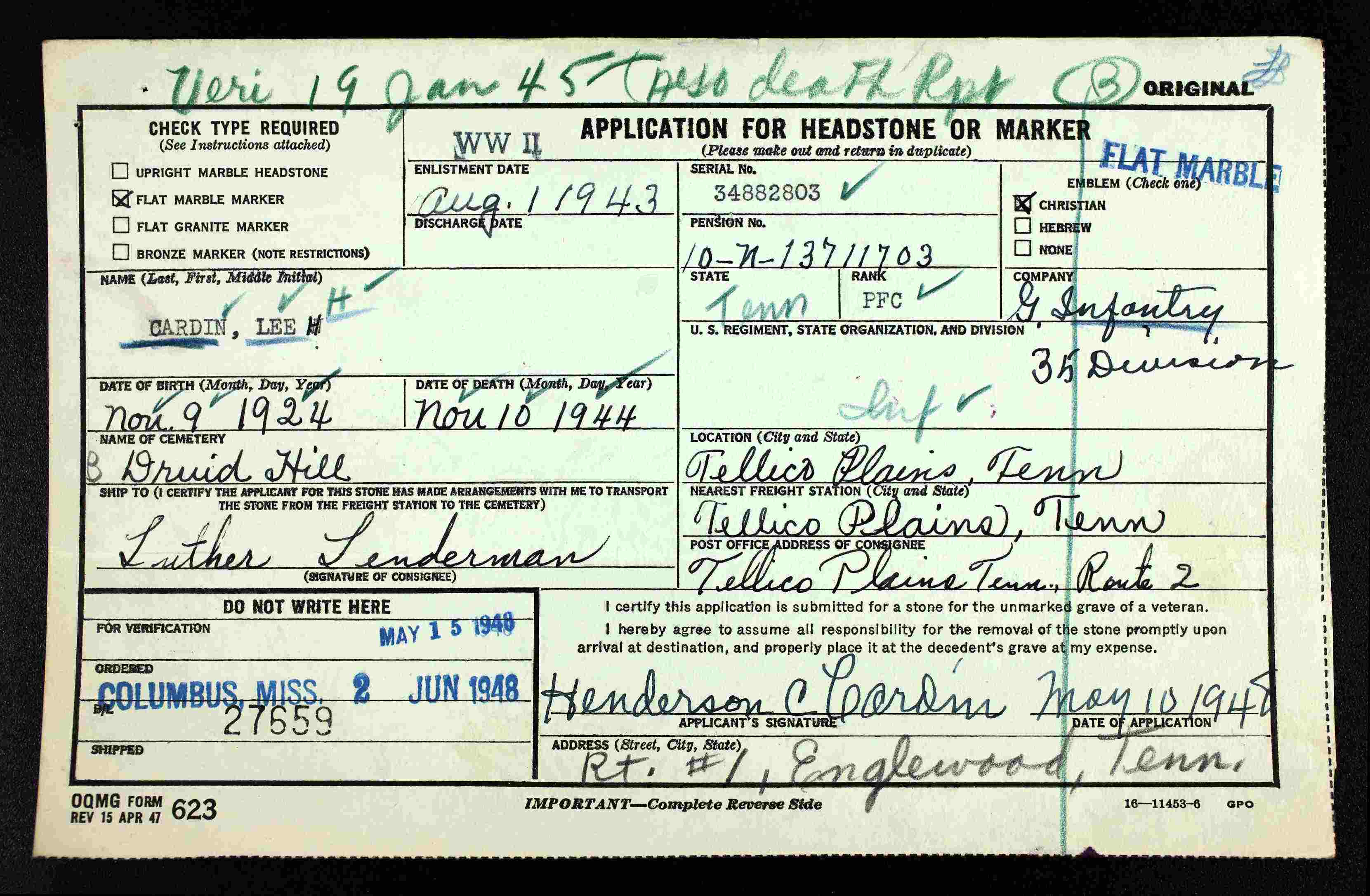 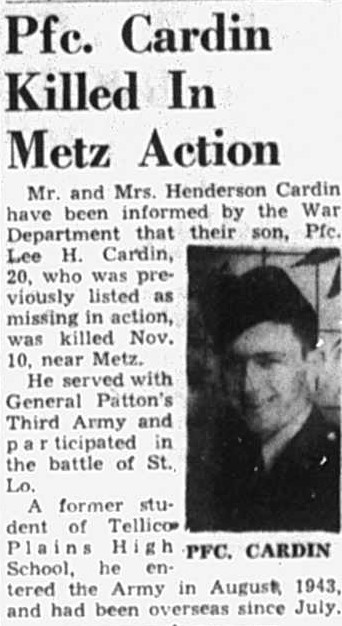