Clinton Courier News, August 31, 1944
Pvt. Lawrence Ward, son of James Monroe Ward of Rt. 3, Oliver Springs, was killed in action in France July 3, his father has been notified. Pvt. Ward was with the Infantry and went into the Army April 13, 1942. In addition to his father, he is survived by three sisters, Mrs. Nellie Walters, Mrs. Minnie Bowling and Mrs. Ruth Lively, and three brothers, Howard, Lonnie, and Richard and one half brother, H.V. Parker of Paducah, Ky. 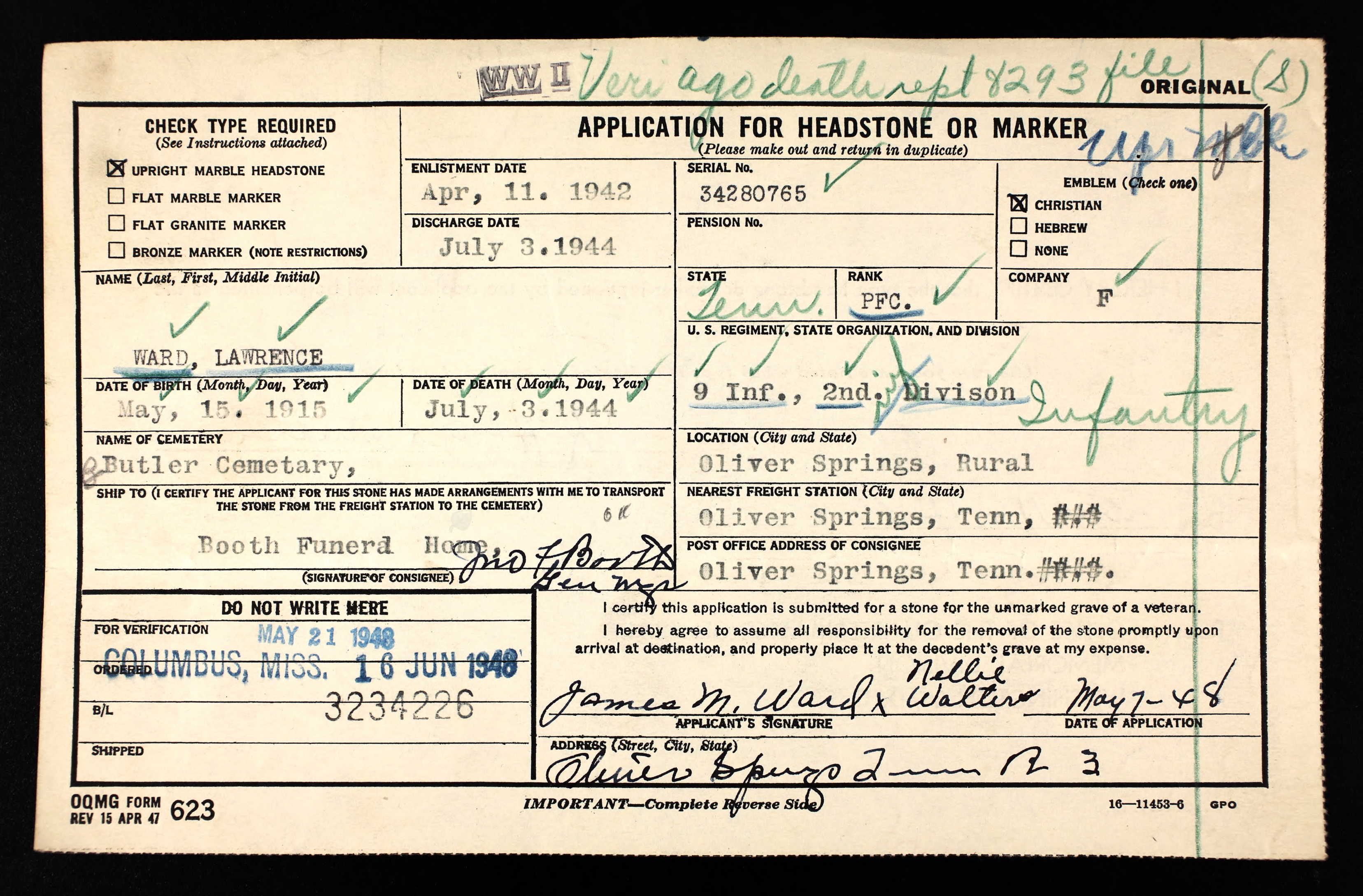 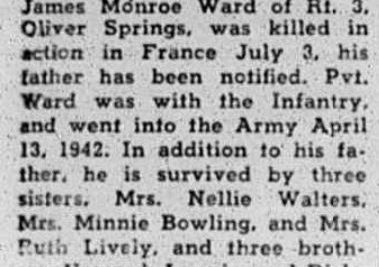