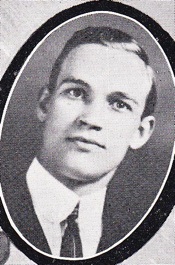 Born in Talbott, Tennessee He died at the age of 26.
Lawrence William Cockrum volunteered in July 1917 as a member of Company G, Second Tennessee Infantry. Transferred at Camp Sevier to the Headquarters Company, 117th Infantry, with which he sailed to France on May 11, 1918. Took part in all fighting of his unit in the Ypres Sector, Belgium, but lost his life near Bellicourt on September 29, 1918, in the attack on the Hindenburg Line.

“Sergt. Lawrence Cockrum, formerly in the employ of the Hall and Donahue Coffin Co., Knoxville has been killed in action in the campaign against the Huns in France, according to an official telegram received in Knoxville Monday night.
Mr. Cockrum was born and reared near Talbott’s station, Jefferson county, and came to Knoxville at an early age and found employment at the factory of Hall and Donahue Coffin Co. He became a skilled workman in the finishing department and held the position for sixteen years. A year or two ago he was given employment in the undertaking establishment conducted by the same firm. He was widely known in Knoxville and East Tennessee.
Manifesting deep interest in educational matters, Mr. Cockrum was a untiring student and reader. Working during the day he spent his evening hours pursuing studies and obtained a splendid education. He brought one of his sisters, Miss Dora Mae Cockrum, to Knoxville and they resided at the residence of Mrs. Annie Condon Shea, 304 Fourth Street.
When the war started between the United States and Germany, Mr. Cockrum enlisted for Foreign Service. He was with the 117th infantry, commanded by Col. Cary F. Spence, at Camp Sevier, S.C. and it is presumed by his local friends that was still with that command when he fell on the French battlefront.
When informed of the death of Sergt. Cockrum, John Donahue, former employer of the young man, said, ‘I am deeply grieved to her of his death. He was a model young man and worked faithfully here from his boyhood days until he responded to the call of the nation.’
H.W. Hall, a member of the firm, recently received a communication from Sergt. Cockrum. He sent an insurance policy to Mr. Hall.”
-The Journal and Tribune, Knoxville, Tennessee
Tuesday, October 22, 1918. 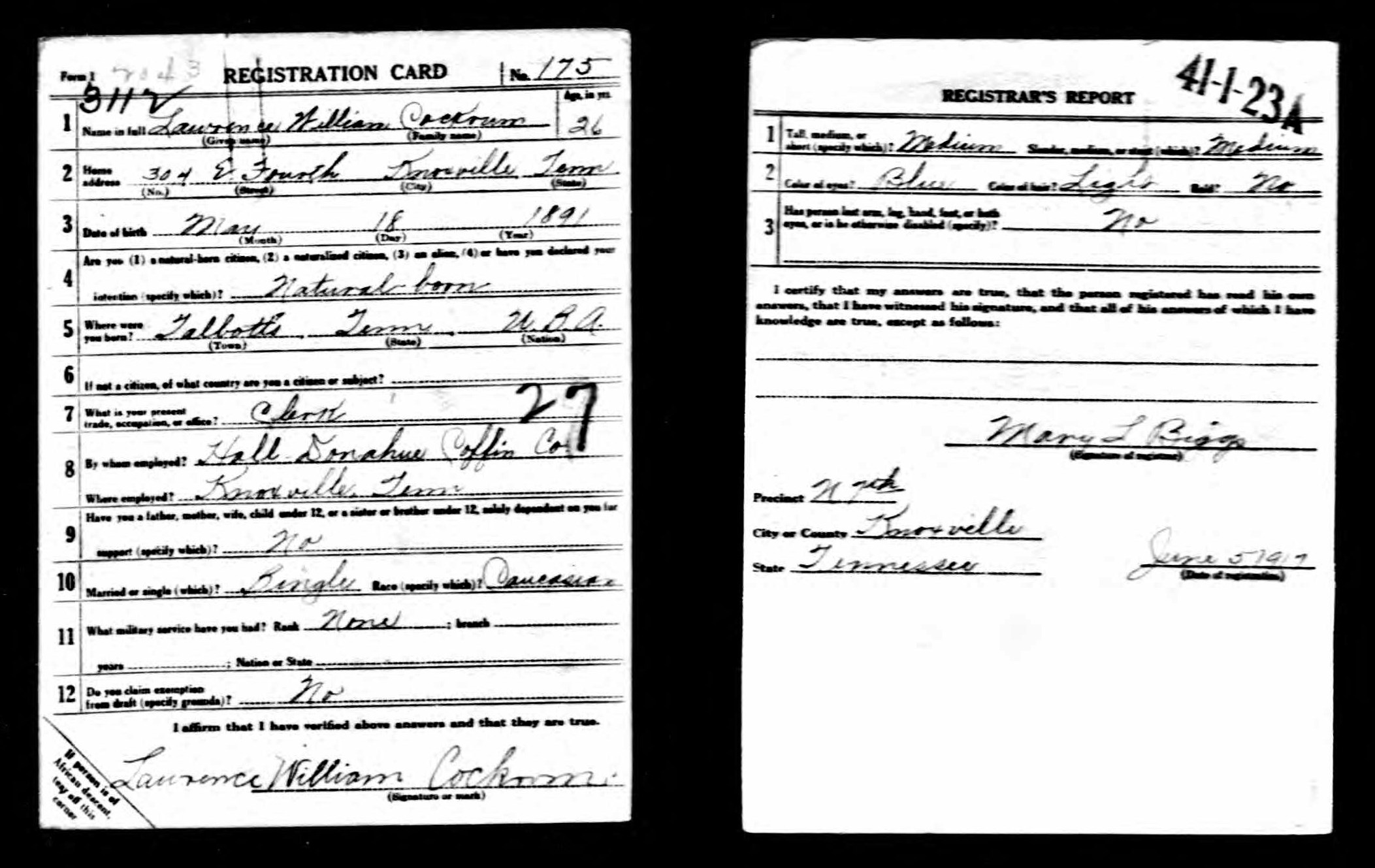 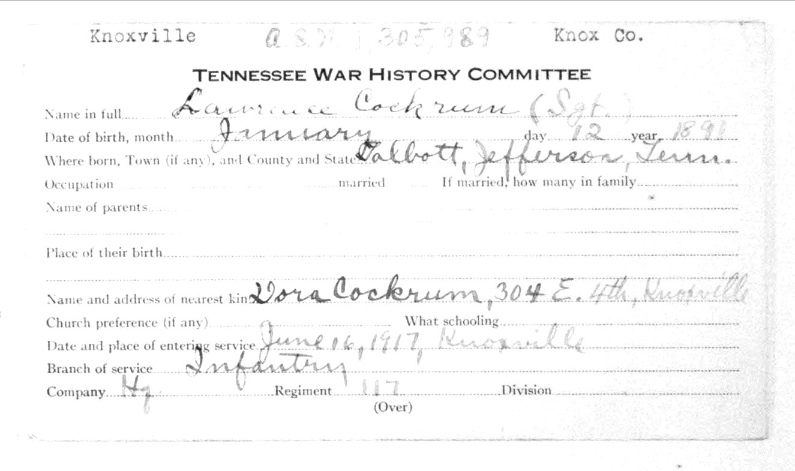 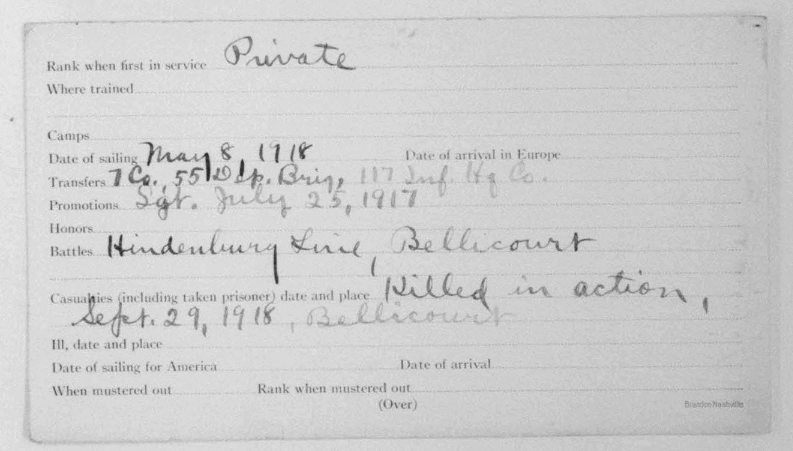 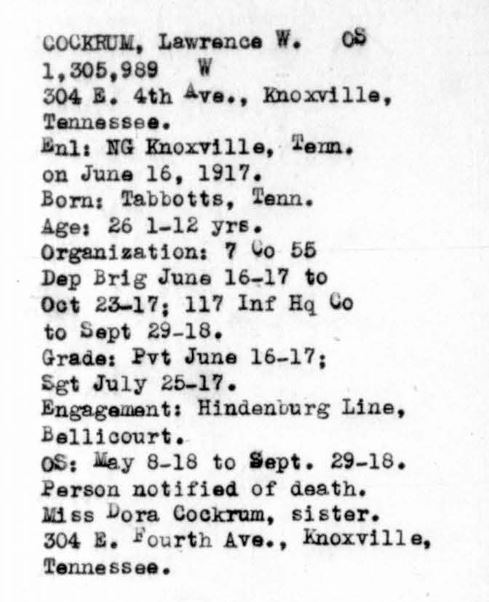 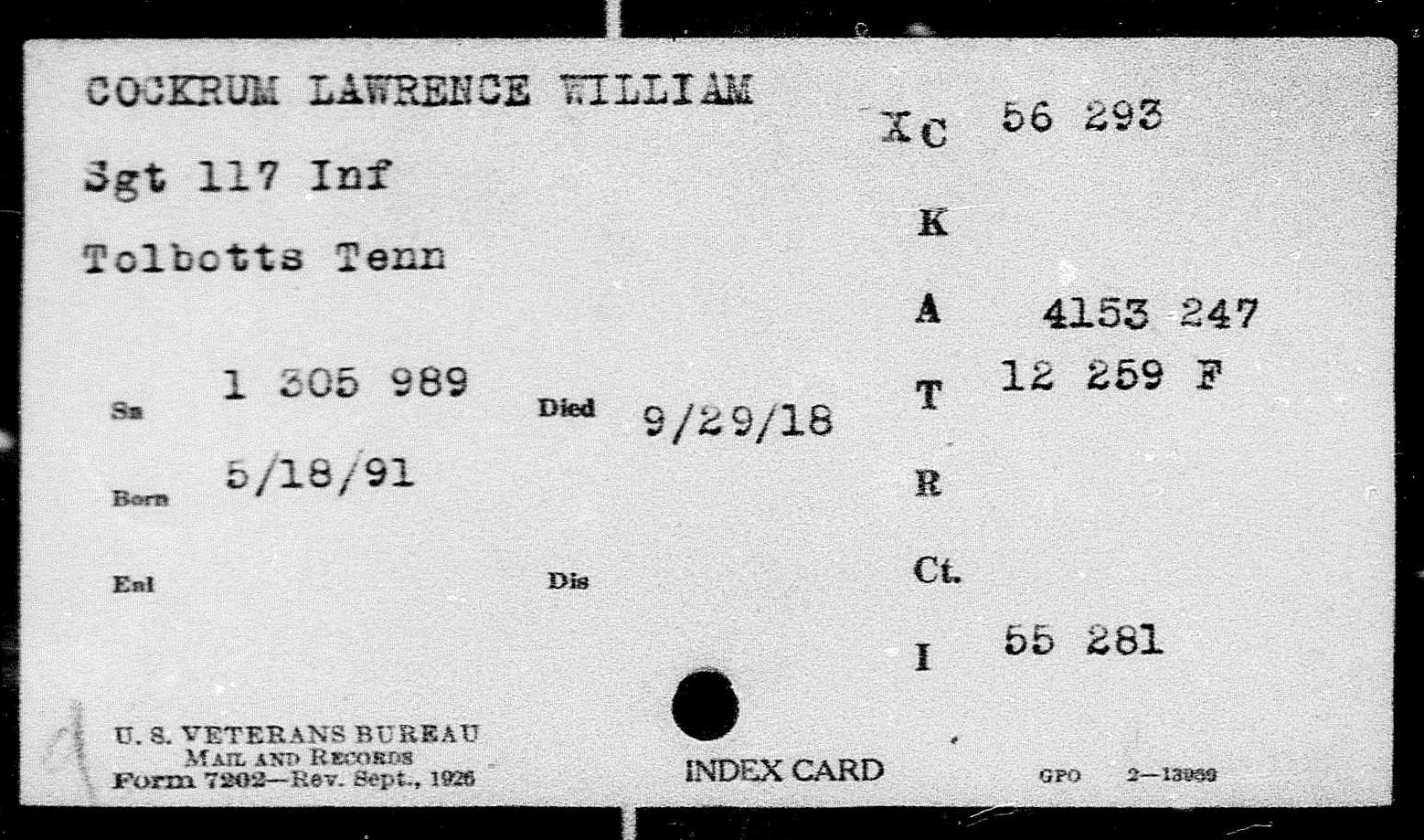