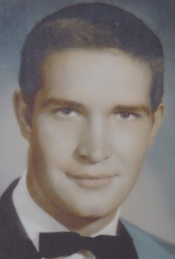 Lawrence James Humphrey was a son of Mr. and Mrs. Clerance H. Humphrey of Piney Flats. He was a 1968 graduate of Boones Creek High School and had worked for the nearby Johnson City street department before entering military service in January 1968. He was a machinegunner and had been in Vietnam only since July 6.