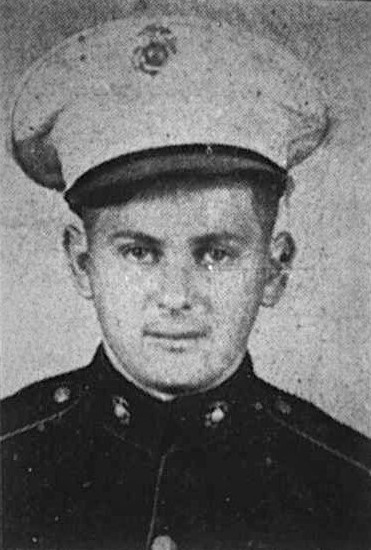 Rogersville Review, January 21, 1943
Corp. Lawrence Carmack, the 20-year-old-son of E.C. Carmack of Rogersville gave his life for his country. He was on Guadalcanal in the Solomon Islands fighting the Japs when he contracted sleeping sickness, following Shell shock. He was removed to a hospital in California where he died. He was buried in the national cemetery at San Bruno, Calif. Corp Carmack was in the U.S. Marines and was among the first to land on Guadalcanal.

Rogersville Review, January 28, 1943
Rogersville and Hawkins county have been represented on Guadalcanal ever since the invasion of those islands started. There has been one death that of Corporal Lawrence Carmack. There are other Hawkins county Marines on the island, including Pfc. Fred J. Alvis of Rogersville, route 4. 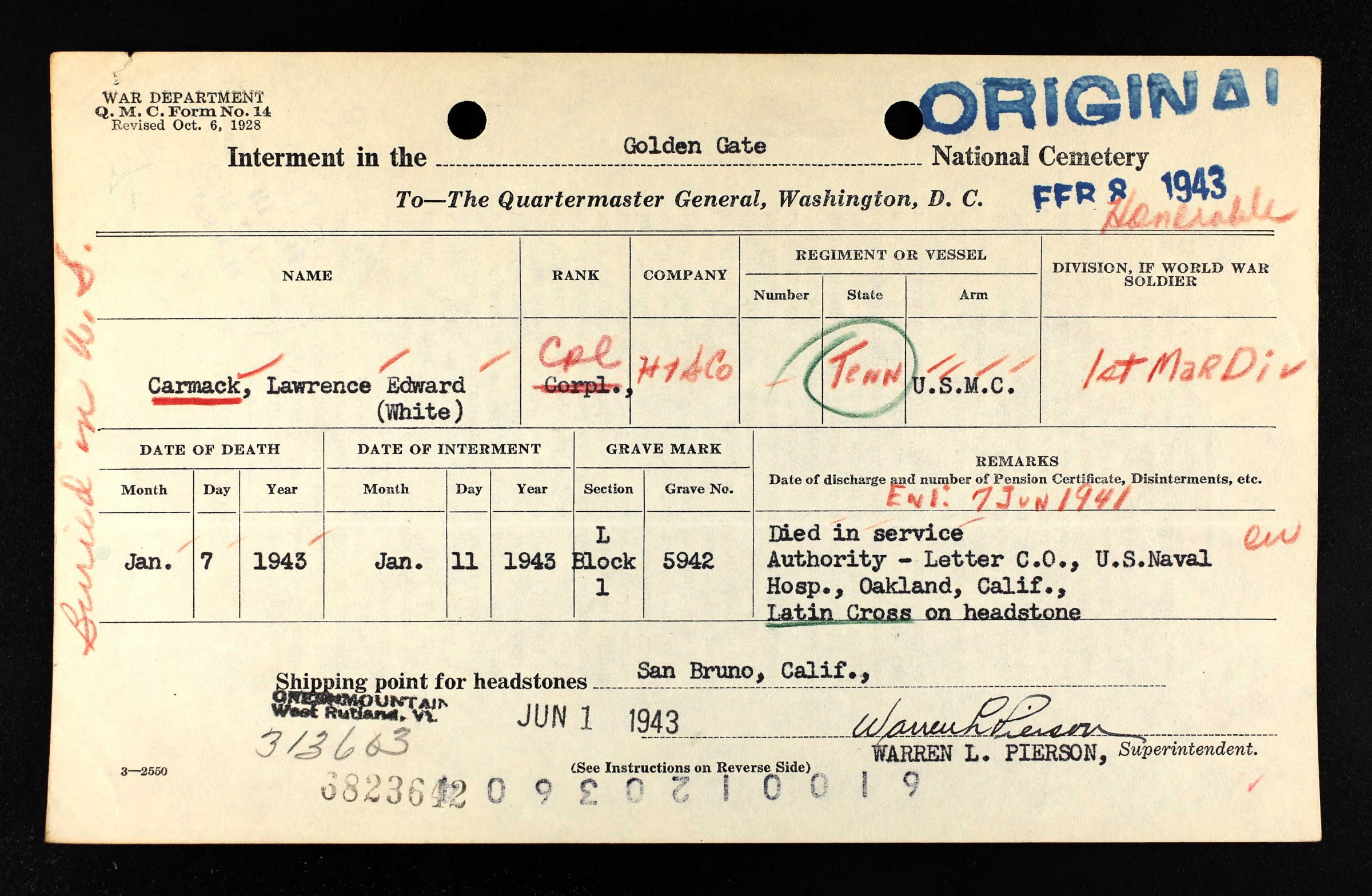 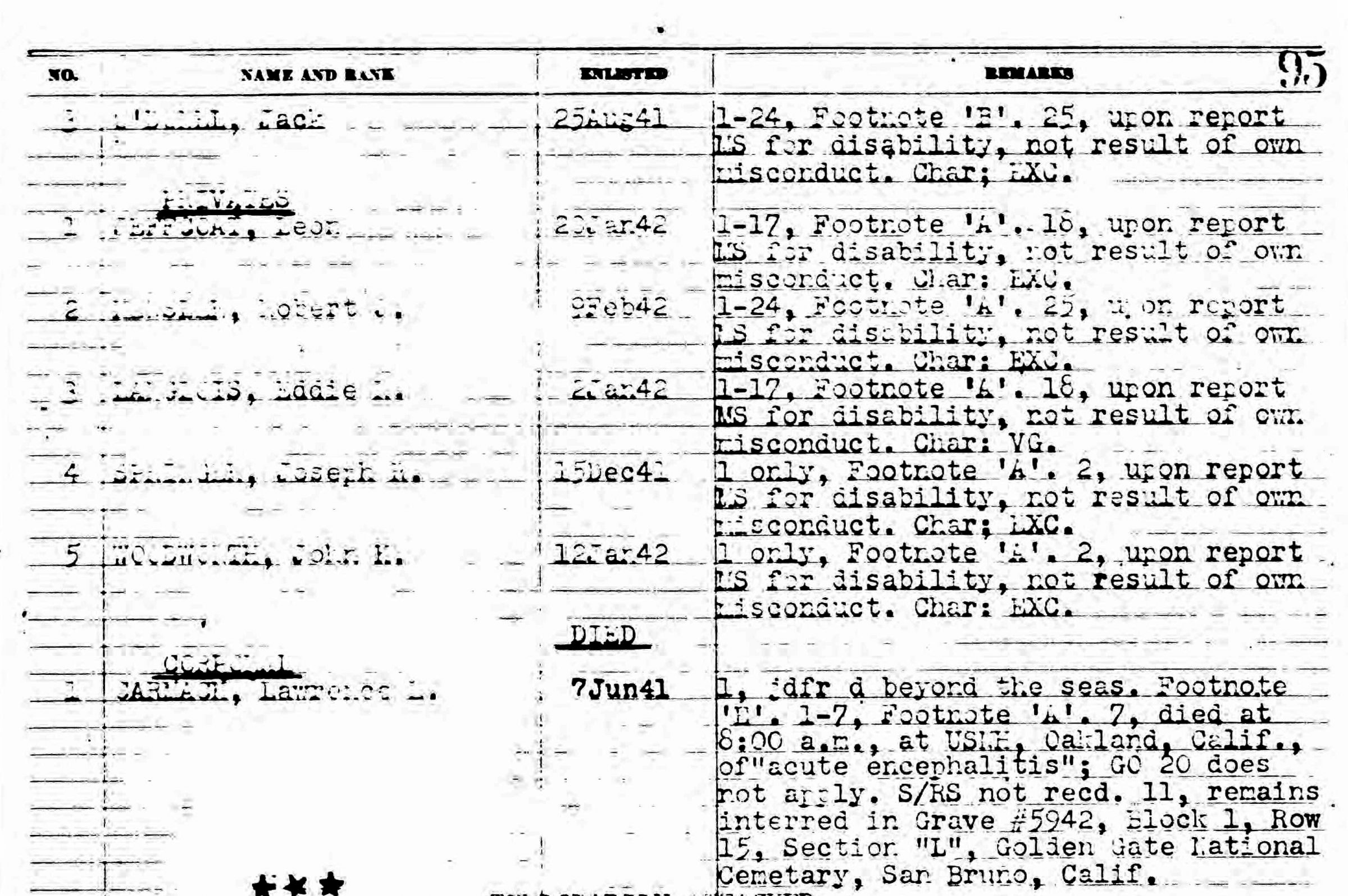