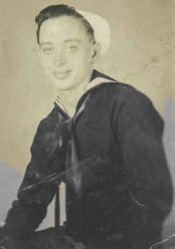 Lawrence Chester Womack served on the U.S.S. YMS 341. He was missing on 10 November 1944 as a result of marine disaster – not enemy action.

Disaster of 10 November 1944. The U.S.S. Mount Hood (AE-11) was anchored in Seeadler Harbor in about 19 fathoms of water, with an estimated 3,800 tons of explosives on board.
At 0855, 10 November 1944, an explosion, evidenced by flame and smoke, shot up from amidships to more than masthead height. Within a few seconds at the most, the bulk of the ammunition aboard the U.S.S. Mount Hood was set off with a terrific explosion. Smoke mushroomed 7,000 feet into the air and obscured the ship and the surrounding vicinity for a radius of approximately 500 yards on all sides. When the smoke had lifted from the surface of the water a few minutes later, only small pieces of debris were to be seen. The ship and all personnel on board had disappeared, blown to bits.
The force of the explosion blasted a trough in the ocean floor more than 100 yards long, 50 feet wide, and from 30 to 40 feet deep directly below the position of the U.S.S. Mount Hood. No fragments could be found on the ocean floor larger than pieces of metal 16 feet by 10 feet.
Pieces of metal and projectiles were hurled in all directions. Some fragments landed more than 2,000 yards from the Anchorage of the U.S.S. Mount Hood. The concussion and flying missiles caused casualties and damage to ships and small craft within this radius.
The UMS-341 reported one known dead, 1 missing and 7 injured. 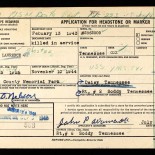 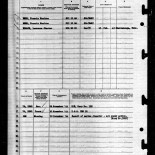 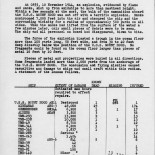