PFC Tipton was killed in action when he charged a German strongpoint with his closest friend Lt. Audie L. Murphy of Texas. They shared foxholes ever since the invasion of Sicily.  PFC Tiptop turned down a Sergeant´s rating so he could stay with Lt Murphy as a runner.  Company B, landed near Ramatuelle, on the Riviera at 8 A.M. August 15, 1944, with the first wave of the assault.

He is buried at the Rhone American Cemetery in France, Plot C, Row 6, Grave 14

Lattie was killed on August 15th, 1944…. The day that Operation Dragoon started. He was a Private First Class in the U.S. Army, 15th Infantry Regiment , 3rd Infantry Division. He is buried In Rhone American Cemetery in Draguignan, Var, France, Plot C, and Row 6 Grave14. He was awarded the Bronze Star and Purple Heart.
–Submitted by Rebecca McClain.

The perfect landing, military official call the invasion of Southern France. Maybe it was strategically, but there was nothing perfect about it where I was.

After we broke through from Anzio beachhead and chased the krauts to Rome, the Third Division was moved back to Naples for more amphibious training for the Southern France invasion.

Company B, my outfit, landed near Ramatuelle, on the Rivera at 8 a.m., August 15, 1944, with the first wave of the assault. Since I have been home I’ve heard a lot of people say the landings in Southern France were soft. That is not true. We had plenty of trouble and the fighting was tough, at least until we had established a hold.

As my rifle platoon and I moved inland from the beach, we were halted by machine gun fire from a rocky ridge around of us. We dropped to the ground and crawled quickly to cover. There was only one thing to do and I could not ask any of my men to do it. I made another dash-this one for 40 yards with bullets whizzing all around me – to a ditch, and returned to the beach. There I found a machine gun squad and borrowed one of their weapons. Another trip through the ditch and another 40 yard dash, the longest 40 yards I have ever run. I told my men I was going to crawl ahead of the platoon and see what I could do about the kraut installation.

I am going too, PFC Lattie Tipton 33, of Erwin Tennessee, said. Lattie and I had shared foxholes ever since the invasion of Sicily. He had turned down a sergeant’s rating so he could stay with me as a runner. That day he had been shot through the left ear, and was bleeding a lot. But when I ordered him back to the beach for medical treatment, he refused. I knew he would not pay any attention if I told him to stay with the platoon now. I should have made him stay.

We crawled out of the ditch and inched our way 75 yards up the side of the hill. There we found another ditch, and set up the machine gun. As we prepared to fire, the krauts let up in their shooting, and we saw a white flag waving at the top of the ridge.

This looks funny, Lattie said, but I am going up and get them. Keep me covered.

He crawled out of the ditch and stood up. There was a burst of machine gun fire, and Lattie fell back in the ditch on top of me. He was dead.

I must have gone crazy then. I don’t remember much of what happened after that. The citation for the Distinguished Service Cross, My only way of knowing exactly what happened, says: In the duel which ensued, Sergeant Murphy silenced the enemy weapon, killed two of the crew and wounded a third. As he proceeded two Germans advanced towards him. Quickly destroying both of them, he dashed alone towards the enemy strong point, disregarding bullets which glanced off rocks around him and hand grenades which exploded as close as 15 yards away. Closing in, he wounded two Germans with carbine fire, killed two more in a fierce brief fire-fight, and forced the remaining five to surrender.

Suited in the capture of a fiercely contested enemy-held hill and the annihilation or capture of the entire enemy garrison:

After the hill was taken, I was tired and mad and sad. I could not forget Lattie’s 12 year –old daughter. He had read me part of nearly every letter he had received from her. 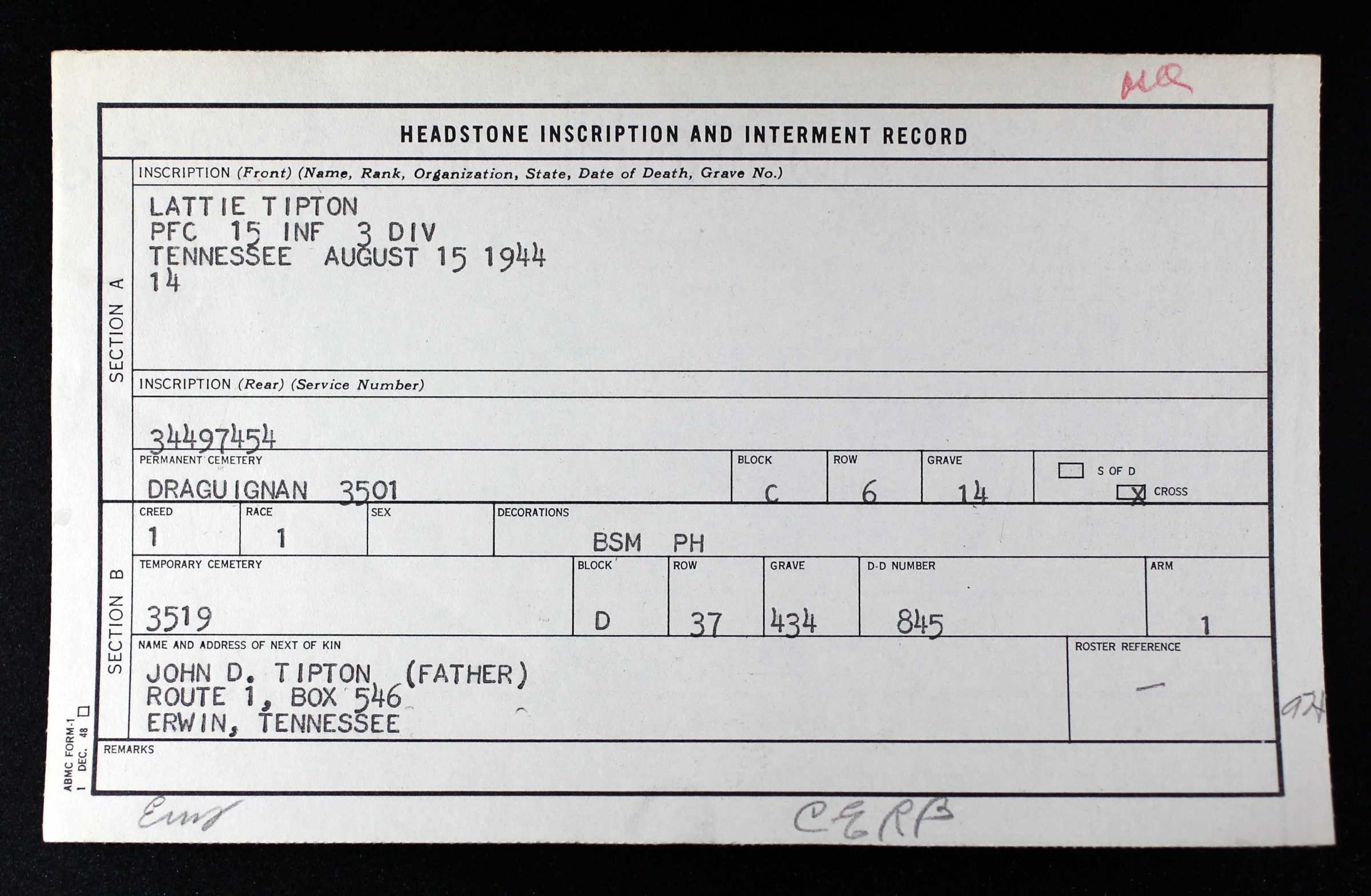