Son of Mr. & Mrs. James R. Arwood of Sweetwater and husband of Mrs. Linda Fisher Arwood. He had spent three months in Japan recovering from wounds he received in June in Vietnam. A graduate of Sweetwater High School in 1966, where he was a fooball player. 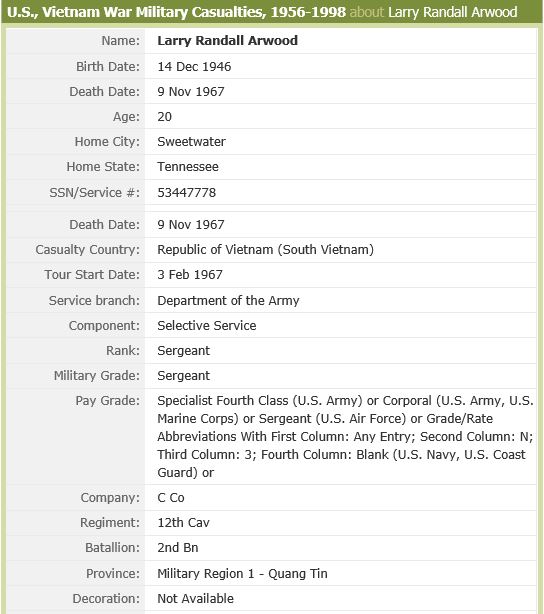 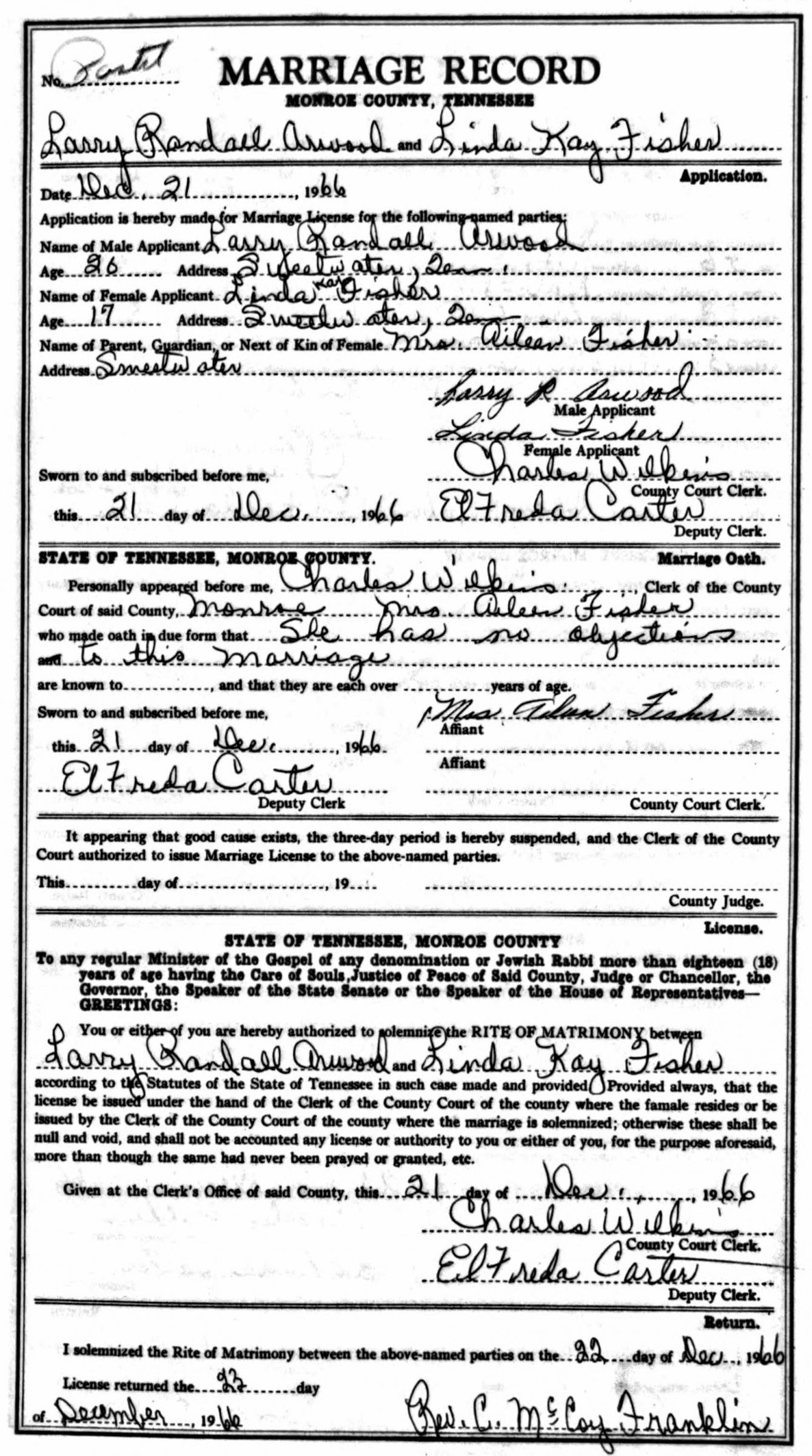