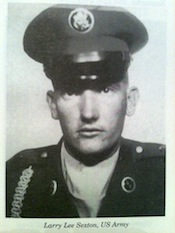 The Kingsport Times 31 August 1967
Morristown Soldier killed.
The Pentagon announced Wednesday Sp-4 Larry L. Sexton, son of Mr. and Mrs. Cecil L. Sexton, 409 E. Main St. had been killed in action in Vietnam. The announcement said only that he received fragment wounds while on a combat mission.

Larry L. Sexton died in Vietnam on 28 August 1967 as the result of metal fragment wounds received while on combat operation when engaged hostile force in firefight. Specialist Sexton received his basic training at Fort Campbell, Ky., and had only recently been promoted to his Specialist rank. He was serving with Company A, of the First Cavalry Division (Airmobile). While on duty in Vietnam he was arwarded the Air Medal on June 15th for meritorious achievement while participating in aerial flight in the Republic of Vietnam, during the period from February through April.
He was the son of Cecil Sexton and had several brothers and sisters: Helen, Nadrine, Wilburn, Debbi and Mary. 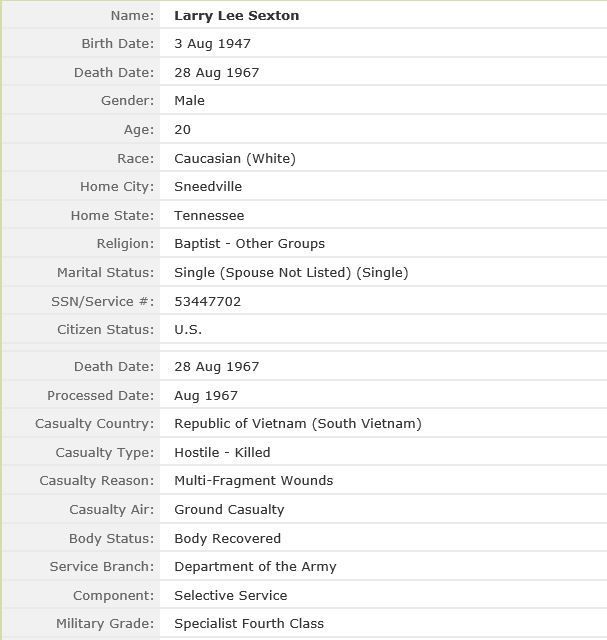 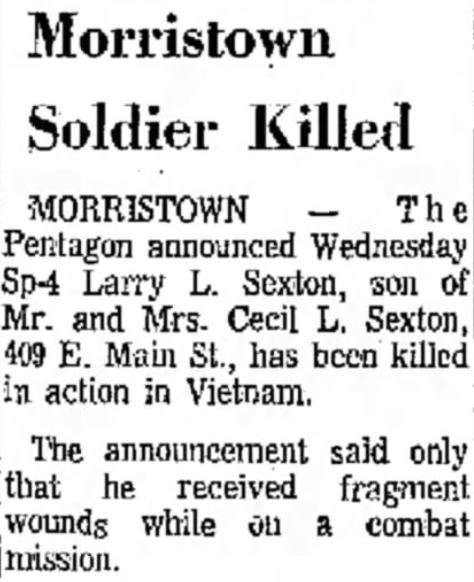 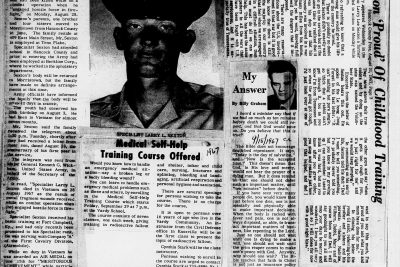